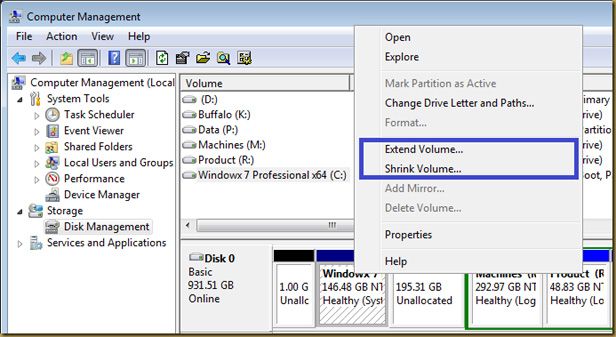 Every now and again it’s good to wipe your operating system, whether because you want to update it to get more out of your PC, or simply because you want a change of scenery. If you are in either of these situations, there is an easy way to install two operating systems, so that you can dual boot and have the option to choose between the two, and thus enjoy what each system has to offer, according to your needs. One of the best combinations is to run Linux and Windows, so here we’ll explain how to install both Windows 7 and Ubuntu 12.10, the latest version of the OS from Canonical, on the same computer.

We’re going to start with a completely clean install, so the first thing you should do is save the data from your previous Windows installation, or from whichever other operating system that you have. If you’re installing it because you’re system died, and you can’t access your data, you can use a live CD of Ubuntu 12.10, which allows you to run the OS from the CD without having to install it.

If you are working on a computer without an optical drive, or you simply want to save the money from buying the disc, you can run Ubuntu from a USB flash drive by using the software LinuxLive USB.

Another factor to keep in mind is that you first install Windows, and then Ubuntu, because if you leave Microsoft’s operating system for last, it will try to take over when Linux boots, and Linux will become practically invisible. Although it’s very efficient, Windows is also very jealous, and doesn’t like coming last.

Once you’re data is backed up, the next step is to install Windows 7 using the installation disc, just like normal. Once this is done, and Windows has been booted for the first time, you will take the next step in which you make enough disc space to install Ubuntu. Go to the Start menu, right click on Computer, and click Manage.

Next, in the Computer Management window, select Disk Management, and then right click on the disk where you’re going to install Ubuntu. Then, click Shrink Volume to make space for the second operating system. You will have to decide how much space to leave for each operating system. If you are only going to use them for basic tasks, then 25 GB would be more than enough for each one. In the window you opened, you can select how much space you’ll leave for Ubuntu in the physical partition where you have Windows 7 installed. Once once you have shrunk the partition, restart your computer with the Ubuntu CD or Live USB. When the first menu appears, select the option to Install Ubuntu. In the next step, you will select the type of installation, and you’ll do the installation manually to make sure the two operating systems work best together, and that there aren’t any problems if one partition deletes the other during the automatic setup process. Click on Something Else.

That being said, the latest Linux distributions are capable of automatically detecting an existing Windows system, and will ask you if you want to automatically create a partition. But, since every computer is different, and often times this doesn’t happen, it’s recommended that you do the process by hand, as we’ll explain below. Next, the partition manager window will open, and in the space you made available in the previous steps, you are going to create three partitions:

In this example, Windows is installed on a different hard drive than where Ubuntu is going to be installed, but the process is exactly the same, because, even though you only have one hard drive, you create different virtual hard drives when you partition it. The next and last step is to select the partition that you have mounted in “/”, and then click on Install Now. Once the Ubuntu installation process is complete, and you restart your computer, you can use two different operating systems, and choose between the two using the Grub menu that the Linux distribution has added to Windows 7.