Home Software Reviews Hop Swap: A platformer where you move between two worlds 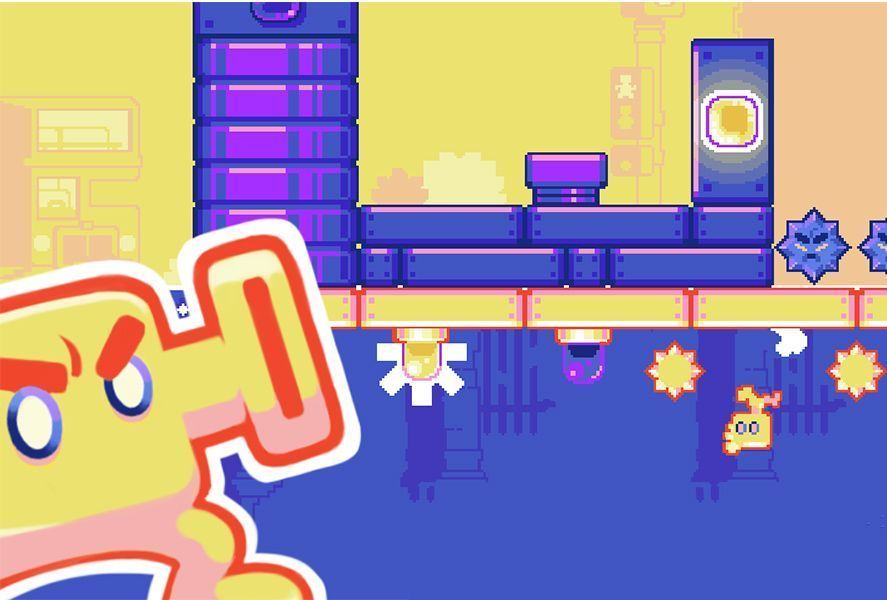 Nitrome is an expert at taking smartphone gaming tropes and giving them a different and original touch. Hop Swap is the latest addition to the long list of titles that do so. We’re talking about a platformer where your character moves automatically – hello, Leap Day – and you have to go around dodging obstacles to keep moving forward. Nothing new there. The twist comes in having to move between two parallel worlds to do it. The main idea in Hop Swap is quite interesting, as everything revolves around jumping (the primary move in most games developed by Nitrome). Your cutesy character moves on his own, though you can change his direction as desired, and use the jump as a means of going forward. Sliding your finger upward makes you jump with a high level of precision. The cool thing here is that you can swap to the parallel world by doing the opposite gesture on the screen – and, amazingly, the controls are inverted in the two worlds. Such a clever a idea.

This duality is the basis of the whole game – not just changes in the chromatic look but also in the soundtracks to each world. This inversion will likely be unsettling at the start, especially with regards to the controls, but it shouldn’t take long to get the hang of it as you carry on. Well, as you carry on and die. Death awaits you at a simple graze of a spike or tap from a bad guy, though you can get around the latter with a jump. Faced with the threat of losing all your progress, making smart use of the checkpoints is vital. It’s possible to restart at the last save point if you spend gems on them or view an ad. Being thrifty with your jewels is essential, though, as every new checkpoint will cost you more to use than the previous one. You have to carefully weigh the risks and rewards to see if it’s worth spending your jewels or waiting for the next checkpoint. Each player’s skill level will be key in determining how this balance is struck.

You advance through small puzzles that make videogames rich in details – from simply having to jump in a certain order to having to travel between worlds several times to get gems and move forward. Hop Swap’s astuteness in terms of level design is among the best we’ve seen from Nitrome up to this point. And even more so with that artsy minimalism that plays with yellow and purple tones in its spot-on pixel art. We might just fault the game for being repetitive with each new step but that can be forgiven thanks to its creative gameplays. Hop Swap offers more proof that Nitrome knows what it’s doing. Each project moves seamlessly from the inspiration taken from the studio’s previous games and gives it the twist needed to make the release look and feel different. A brilliant developer of smartphone games making a brilliant new game. Period. Don’t miss out.