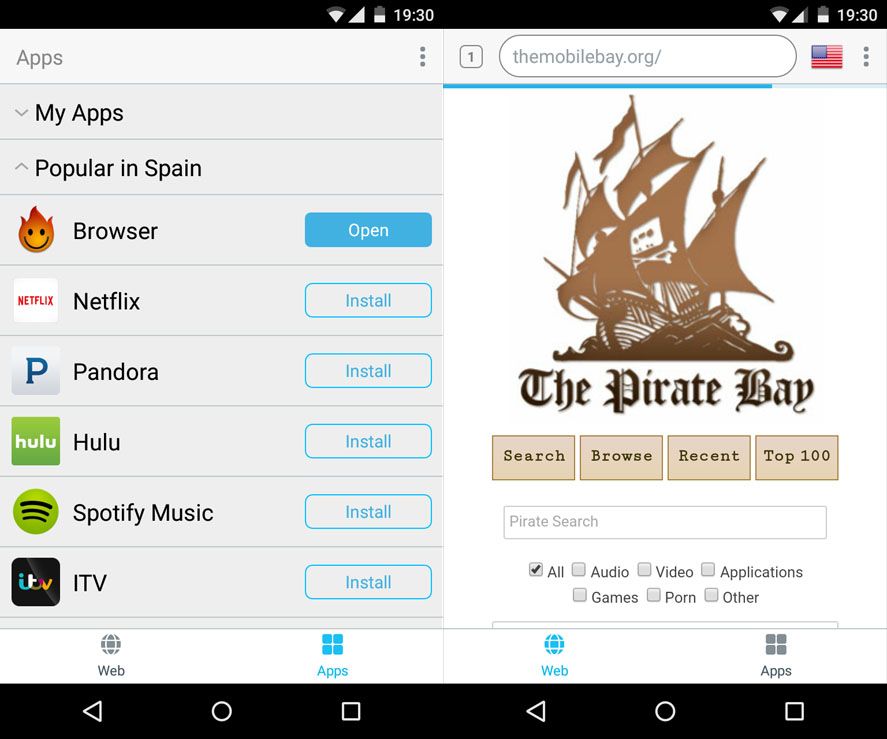 We’ve talked here before about Hola Better Internet, a Chrome extension that sets up a VPN for your connection to make your browser think you’re connected from a different country. This resource is also extensible to the Android ecosystem, via a version of the service called Hola Free VPN that lets you access apps blocked in your country.

Unfortunately, regional blocks of web pages is an ever more widespread reality. For example, on Monday, Turkish government blocked Twitter and Facebook because there were photos showing a militant pointing a gun at a prosecutor who died last week in a failed hostage rescue operation. Also, in Spain, the Intellectual Property Law sponsored by the Spanish government has prompted the recent blockage of pages including The Pirate Bay and Goear, which have been deemed to provide users with illegal content. There are also more specific cases like Netflix, which is inaccessible in loads of countries. Hola Better Internet leaves it up to each user to decide which pages he or she wishes to access. To that end, it masks your connection details and lets you choose which country you want to ‘virtually’ browse from. The app has its own mobile web browser where you can select the country. Also, taking advantage of the fact that you’re on a virtual private network, you’ll be able to use the VPN to browse anonymously from your device, regardless of what kind of connection you use.

But the exclusive functionality of this Android version is the aforementioned ability to unblock apps installed on your device. By default it includes a series of preset apps to load right from app, including Netflix, Pandora, and Hulu, as well as all your other installed apps so you can load them over the VPN to ‘dodge’ possible restrictions. The basic version of Hola Free VPN is completely free, although you can also get a Premium edition to add extra options and keep your device from appearing as a Peer in the masking network used by the service to make other users’ connections anonymous.

How to install a VPN on your smartphone

How to get around regional restrictions on a webpage