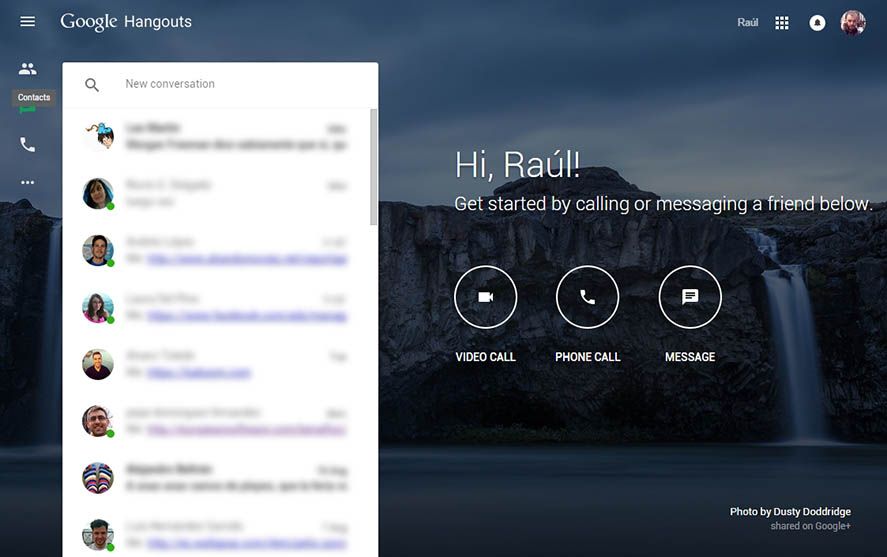 This week has been a good one for Google after the official presentation of the first preview of Android M, the new version of its mobile operating system. Besides having updated a bunch of their official application, they’ve also just released an interesting new version of Hangouts in the form of a webpage, where you can chat with your contacts, make voice calls, or access other versions of the service.

We already had Hangouts for Android and iOS devices, the ability to use the chat from Gmail, and a Chrome extension to integrate your chat tabs into your browser. Now this page has been added to that list as an alternative similar to Facebook’s own Messenger or even WhatsApp with its web client.

Google knows quite well that Hangouts is a strong tool used by many and luckily they’ve been giving it a lot of attention lately. You can find evidence of this with a quick look at the recent 4.0 update to the Hangouts mobile client, with improvements to the interface and integration with smartwatches, not to mention the also-recent Hangouts Dialer, its own call dialer that replaces the one included by default on Android devices. How to prevent Hangouts from being your default texting tool