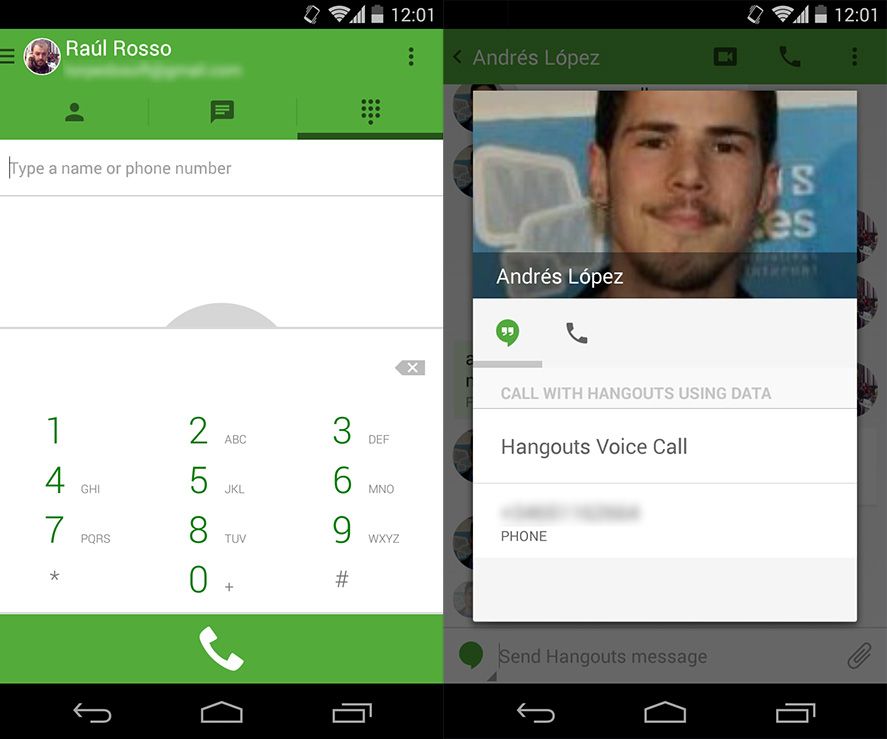 Google Voice was born in 2009, originally as a voice-calling service that has now been absorbed by Hangouts following Google’s unification of its tools. Hangouts Dialer is a new independent tool that lets you make free calls to other Hangouts users as well as VoIP calls to physical phones, a feature at the moment limited to the United States and Canada. This feature comes hand-in with the launch of the new version 2.3 of Hangouts, which incorporates improvements to the design and adaptations for the new Android L interface.

While it was already possible to make videocalls from Hangouts to your contacts, now all the options that Google Voice included (as well as user accounts themselves) have also been migrated, adapted, and integrated into Hangouts. You just have to view the update history from the past few months—which includes, for instance, SMS integration or the complete split between the tool and Google+—to realize that Google wants to turn its IM tool into the center of the communication experience on both smartphones and desktop computers. Now, when you click on the phone icon in a conversation with a contact to view the person’s contact card it will give you the option to make a call in one of several ways: make a free voice call via Hangouts, call a phone using your mobile phone plan, or call a phone using credits offered by Google (which you can view here).

This integration makes it so you have you entire call, message, and videochat history on the same timeline, and can make group calls that will be registered as group chats with all members and messages included. All this adds up to make this cross-platform tool one of Google’s most important secret weapons, capable of competing with giants like Skype. As pointed out in a recent entry on Google’s official blog, to access this new service you have to install the Hangouts Dialer app on your device and update Hangouts to its new 2.3 version, available for both iOS and Android. It’s yet to be specified, however, when the custom rates to other countries will arrive.

How to prevent Hangouts from being your default texting tool