Puzzle games are probably the most played genre by people of all ages. It doesn’t matter how much you like videogames, since practically everyone and their grandmother has installed Candy Crush or one of its infinite clones at one time or another. A while back, we told you all about our favorite puzzle games, and now it’s come time to talk about a new discovery we’ve made. Guildmaster Story is a run-of-the-mill puzzle game, but with one unique difference: its storyline and dialogue couldn’t be more hilarious.

Your first moments playing Guildmaster Story introduce you to Ganyo, the star of the story. You’ll find yourself presented with a sort of man-boy who was born with a silver spoon in his mouth, and who has no idea what actual work is. Through his particular point of view, you’ll learn more about his motivation: ridiculously laughable ideas. It all unfolds through the game’s witty texts, where you’ll see an extreme criticism of capitalism using humor. Yes, a F2P puzzle game that laughs at this economic idea couldn’t be funnier. 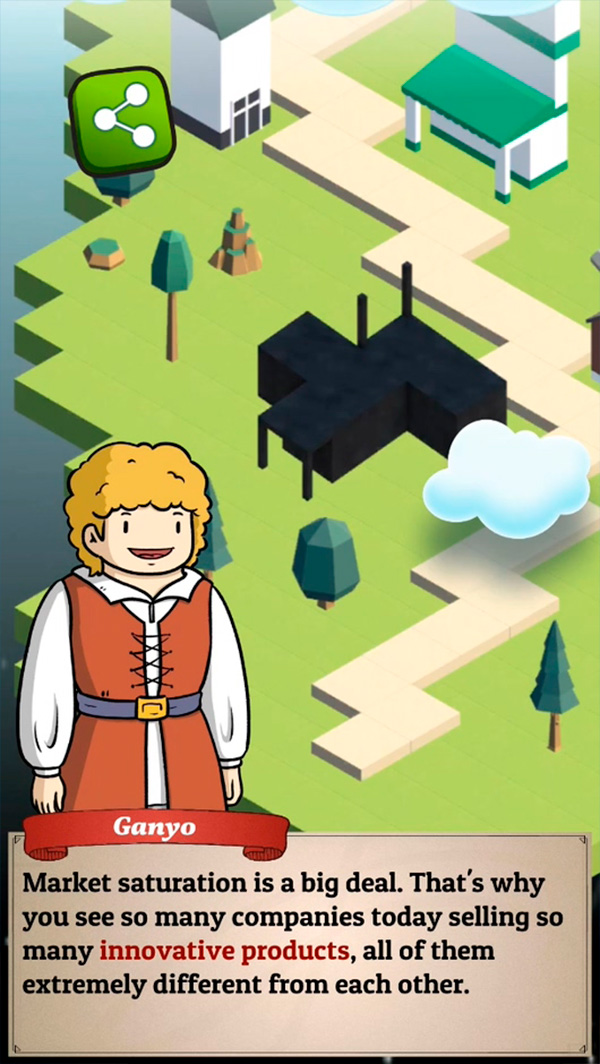 You’ll learn more and more about Ganyo’s misadventures as you advance through the levels in Guildmaster Story. Screens that present us with a gameplay that we’ve seen a thousand and one times before: you have to make certain color blocks disappear according to the requirements of each level. To do this, you’ll have to touch blocks that make up groups of two or more. If you make more than the maximum number of moves allowed on the screen, you’ll lose a life and will have to repeat the level. And yes, as you advance through the game, you’ll find new blocks that add more difficulties to the screen. Nothing we haven’t seen before. 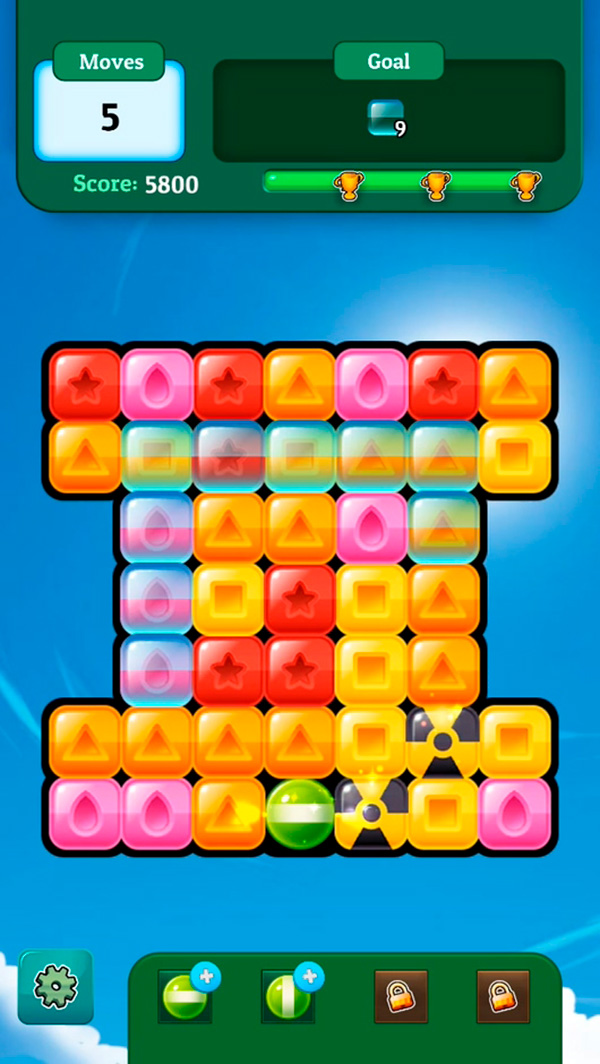 As usual in this type of game, there are power-ups that will appear on the screen when you’ve touched groups of four or more blocks. You can also pay real money to get these, although it’s interesting that this happens in a game that laughs at abusive microtransactions. Luckily, you won’t face too much of a struggle at any time, as long as you don’t start tapping the screen like crazy without actually trying to win. 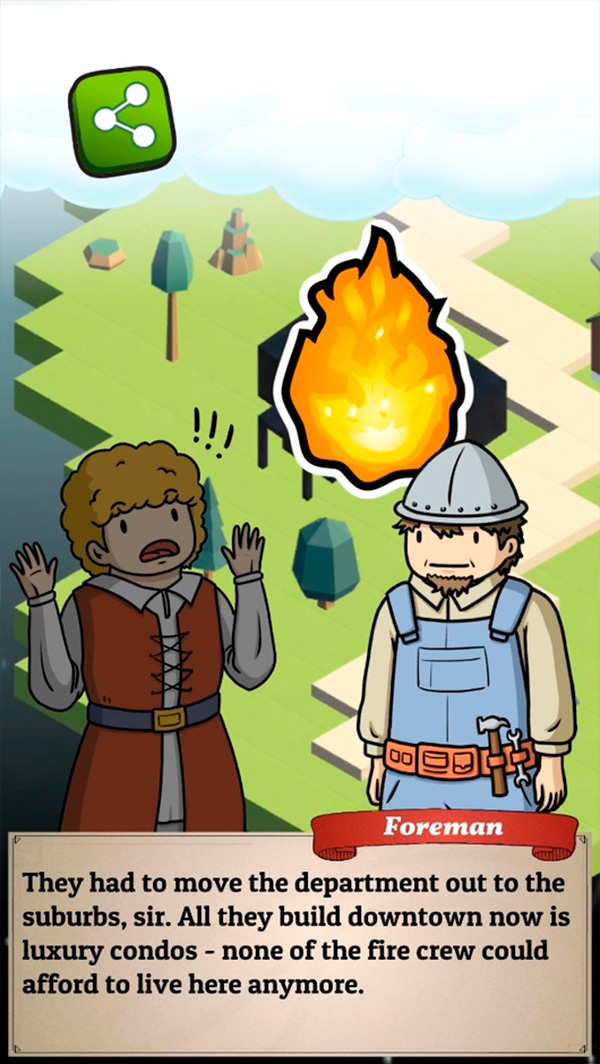 We can’t deny that Guildmaster Story would go unnoticed by the most demanding players if it weren’t for its zany concept. The puzzles themselves are the same as always: levels that offer the same gameplay as any one of the billion other match 3 games available on mobile devices. But the quick-witted and fun dialogues will make you want to keep discovering more and more about its story and the adventures of its characters. 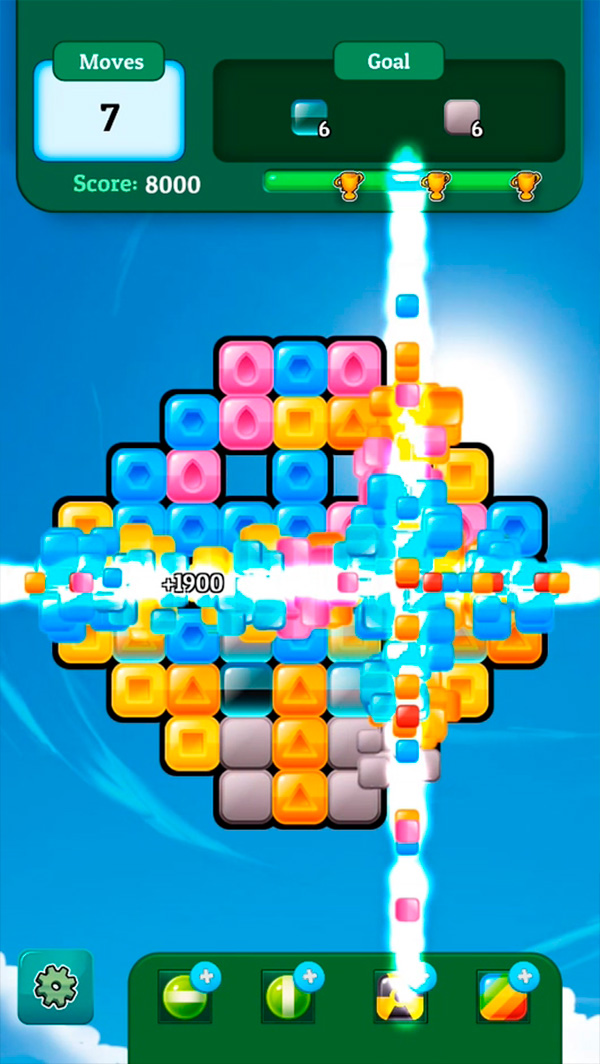 We’d like for the new game from Will O’Neill to be successful, if only for its interesting concept. It’s not every day that we come across original games, and the narrative told in Guildmaster Story is worth being enjoyed. It’s still to be seen if the world wants puzzle games that break down the genre, even if it’s only in between levels. In our opinion, the more the better.