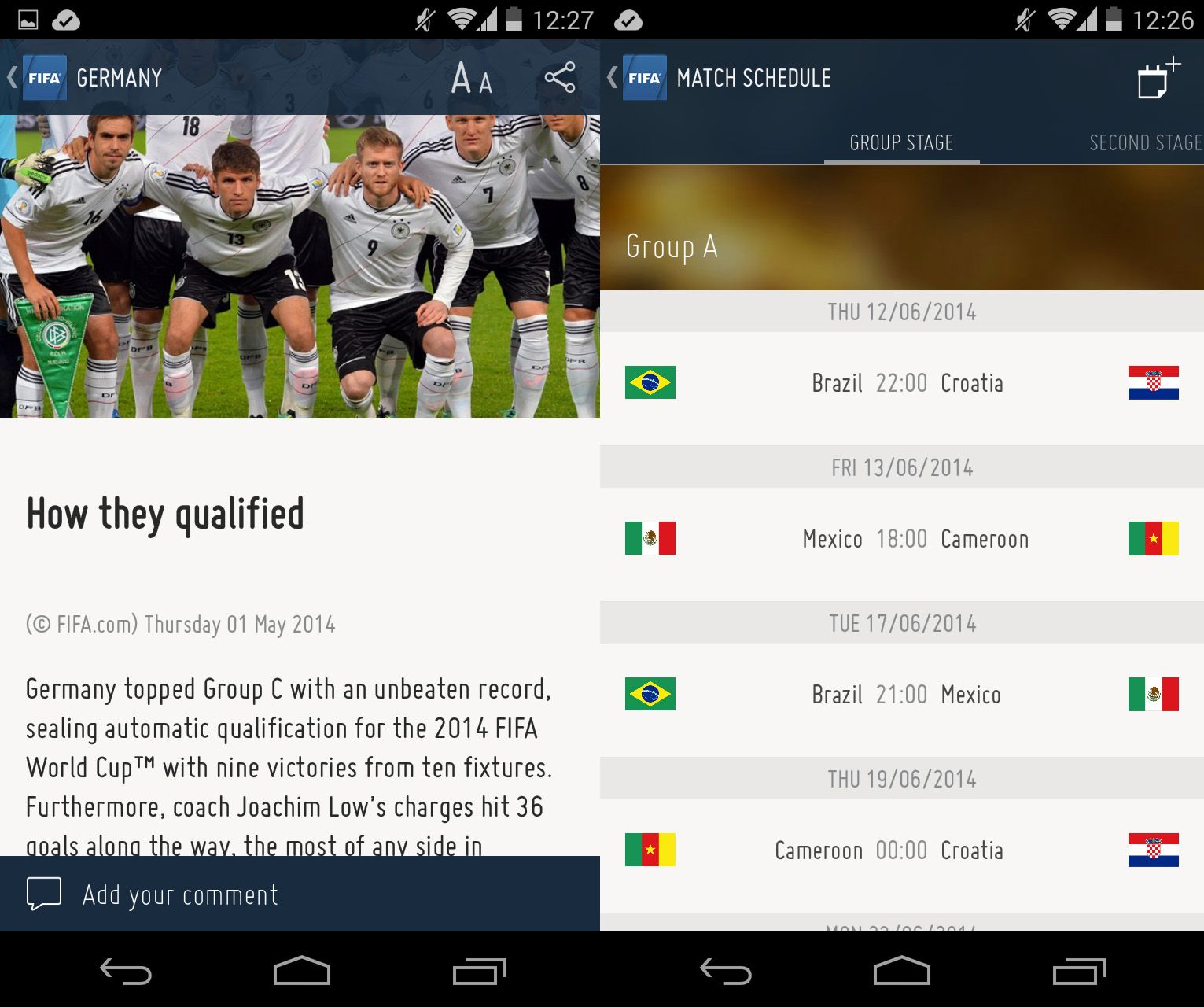 The World Cup kicks off on June 12, and as usual with sporting event at this level, media outlets and social networks are starting to get a bit saturated on the subject. But for all you mega-fans out there, I offer the guide below to help you learn where to view live matches, info sources for anything World Cup–related, and the best way to keep up and comment in real time via your social networks.

The first and most obvious option for keeping up with all the latests news and match results is with the official FIFA app and its official webpage, but by no means are these the only way to do it. World Cup 2014 is an unofficial app to view both real-time match results and other Cup-related info. Otherwise, you can always turn to the official apps of popular sports media outlets like ESPN or OneFootball. Even Google has integrated World Cup–themed headers when you do a related web search. Where to view live matches

TV broadcasts of matches will differ from country to country depending on their conditions. This list shows each channel that has broadcast rights by country. Many of them have a live streaming service to view the content from your PC or smartphone, although the location restrictions will in most cases restrict viewing matches on an out-of-country channel.

Nevertheless, there are ways to get around these geographic restrictions on any web content. Media outlets with apps that will broadcast live matches include the United States’ ESPN and the UK’s BBC Sport . If not, there are also many sites like the popular Roja Directa that list streaming options from different webpages that show live matches.

Everybody knows that Twitter is the definitive social networks for commenting on mass-viewing events. The official account at the international level is FIFAWorldCup. You can also follow any of the many players who will be in the World Cup and have a Twitter account. Some of those with the most followers are Wayne Rooney, Cristiano Ronaldo and Neymar, but the list is enormous. With regard to the terminology to use with hashtags, the generic official ones will be #WorldCup and #Brazil2014, and the tags for each match will have the structure #<Initials>vs<Initials>; that is, if you want to comment on the match between Spain and Germany you should use the hashtag #ESPvsGER.

The Soccer League now playing on your smartphone