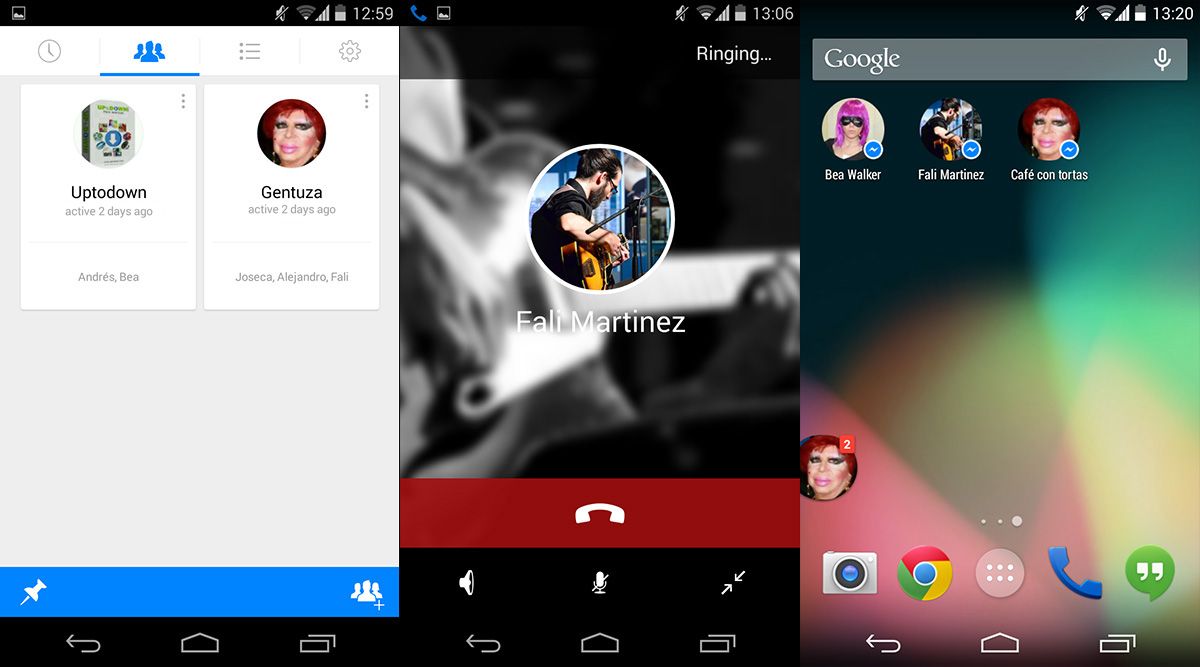 Since the official smartphone app for Facebook chat was revamped in November 2013, many users have given an opportunity to the attractive bubble system used by the well-known social network to manage your iOS and Android conversations. Now even more new features have arrived to Facebook Messenger, such as the ability to create groups, make free voice calls between contacts, and create shortcuts to conversations from the desktop.

Now from the new groups tab you can create multi-person conversations, give them a name and avatar, and view them in card form, thus allowing you to visually and easily manage all your group chats. And before anyone asks, yes, you can silence your group notifications! An important new feature is the ability to make voice calls from the app itself to your contacts at no cost whatsoever. In a conversation with a contact you can click the phone icon and automatically make the call. Although the audio is very clear, there are still delay problems even when using WiFi connections, although that’s to be expected given that the feature is still in the trial phase.

Another feature worth mentioning is the new option to create shortcuts to conversations (whether individual or group chats) on your device’s home screen, so you can access them much more quickly. This, together with the already existing bubble notificiation system, makes Facebook Messenger a serious app that deserves a space alongside the other leading IM services. Who’d have thought!