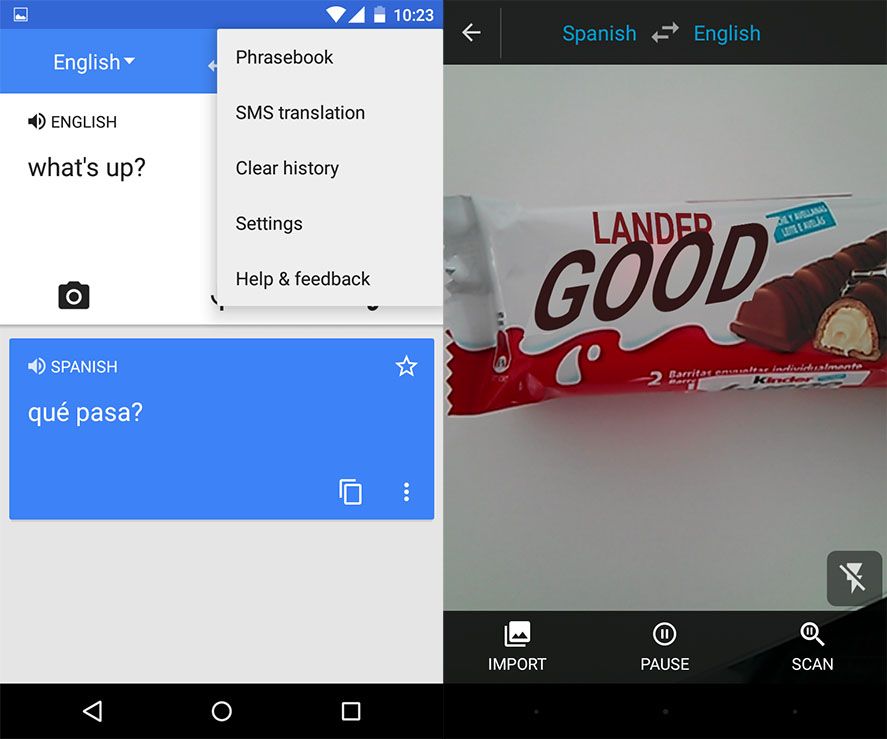 Google Translate for Android has just been updated with several new features aimed at translating multimedia content in real time, with the text-detection tool expanded to be able to translate audio and even images taken in the app with the device’s camera, superimposing the detected text over the captured image.

These are not revolutionary features, as there were already similar tools out there like Word Lens Translate. Still, once you open the app you can select the text input method, be it written (whether by typing on the virtual keyboard or directly writing on the screen), via the integrated microphone, or via image capture, with the remarkable ability to adapt the layout of the translated text to the original image. The image capture function was designed to translate large, well-illuminated signs, although nothing keeps you from doing the same thing with magazines or books (but the results might look a bit wonky, as you can see in the screen grab above). The sound capture, for its part, has a much more useful component: you can have a fluid conversation with people speaking a different language while the translation will automatically appear in real time.

At the moment the languages compatible with the new features are Spanish, English, Russian, Portuguese, Italian, German, and French, but it’s expected that their number should soon reach 36.

5 Android apps to keep you from getting lost this vacation