Home News and Updates Google Plus to stick around, but what does its future hold? 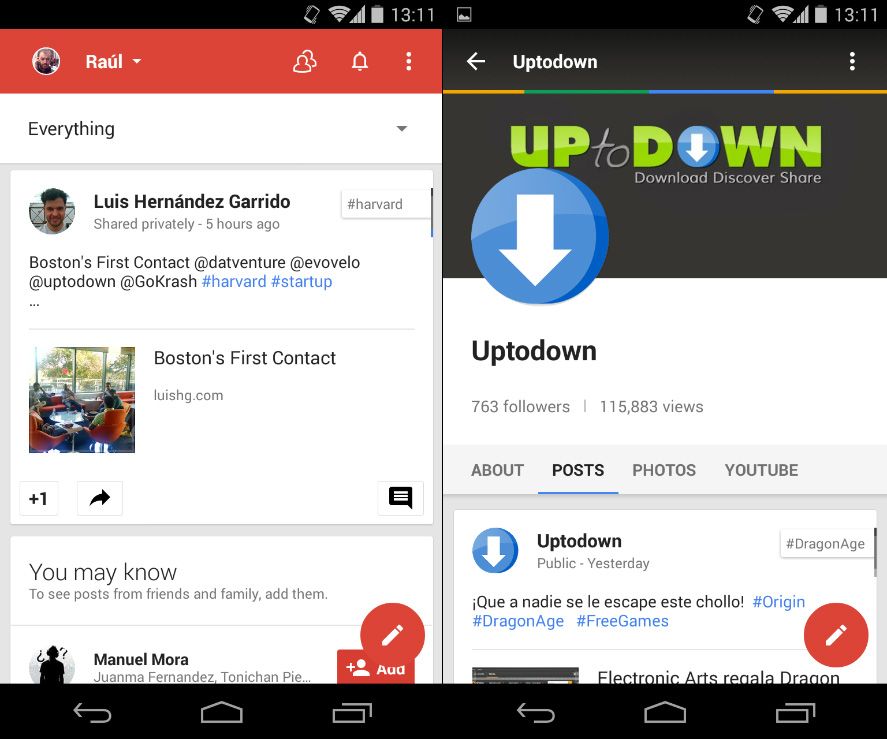 The question is very simple and there’s no need to beat around the bush: What is Google Plus good for these days? With the departure of its creator from Google and a huge drop in its usage numbers, rumors began to spread over its possible demise, but these have recently been laid to rest by the current Google Plus chief David Debris, who has confirmed that there are still many plans in the works for the social network.

Obviously many mistakes have been made in the past, most of them centered on forcing users to create a Google Plus account to access certain services, as was the case with the new YouTube commenting system with the consequent uproar that it caused. Google’s arbirtrary requirement to automatically register on the social network to use services as workaday as Gmail prompted a totally fleeting spike in usage statistics, reaching the point that in early 2013 Plus was considered the social network with the second-highest number of active users, outranked only by Twitter. How gullible we all were. But smart people learn from their mistakes, and thus in recent times the company has taken a few steps to unwind the integration of its social network with other services. This has recently happened with Hangouts, which as of a few months ago no longer shows the profiles of your contacts. And Google Circles now no longer appear in search results, among other things. However, we have yet to see a break between the social network and the photo-synching service for Android to prevent the auto-creation of those immovable galleries on your smartphone. The ghost of Picasa continues to hover over our heads.

Besides these changes, new features continue to appear on both the web version and the Android client. In fact, the latter has recently seen its interface completely redesigned to adapt to Material Design style, as well as the addition of a new Circle-management feature. By going to My profile > About me > Circles you can make your profile page display all the Circles you follow.

And that brings us to the present, when Google Plus has returned to its place as a totally optional social network, but in terms of design and operation (its Circles system works perfectly) it remains a versatile, straightforward tool for certain tasks, particularly ones related to group and user-community management. And you? What do you use Google Plus for?