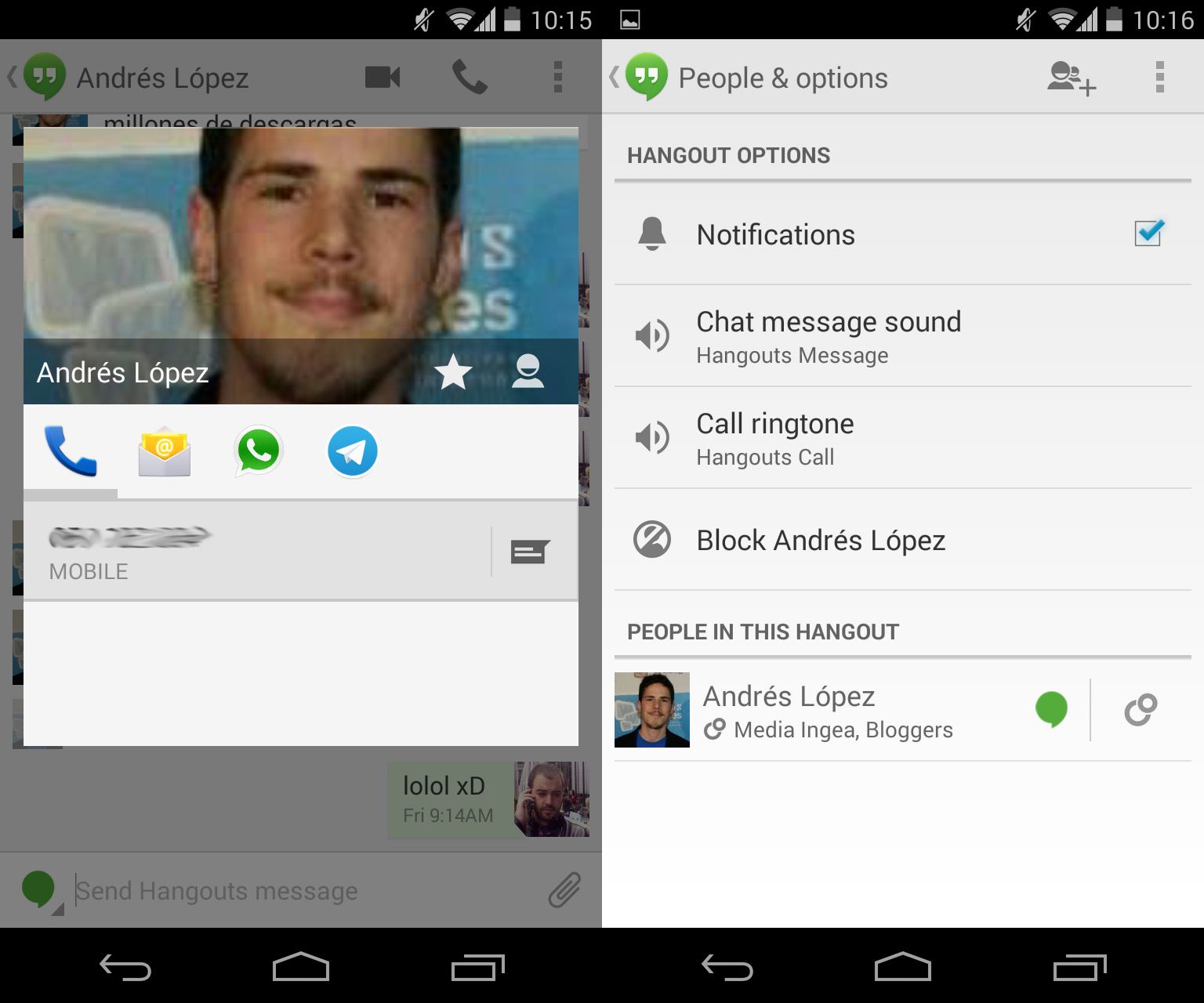 Google’s messaging service seems to be going through a change of direction in an attempt to totally detach from the rest of the company’s products, or at least that’s what can be deduced from the changes in the latest update for Android (2.1.223), in which besides the addition of custom notifications for each contact, the direct association between your contacts and their Google Plus accounts has been eliminated.

From any chat window you can access the “Users and options” section from the drop-down menu on the button at the upper right side of the screen. From there you can customize the behavior of the app with each individual contact: get rid of the notifications related to that user, customize the sound when you receive chat messages or video calls, and even block them so they don’t appear in your list. The other important feature is that when you want to access someone’s contact information you will no longer see the person’s Google Plus profile, but instead will access an entry similar to the one in your contacts on your Android device with all your saved information about that person, whether the phone number associated with the instant messaging app you have installed or their email accounts.

Although these seem like two insignificant changes, they’re actually two of the details that needed some tinkering to make Hangouts into an all-in-one messaging tool to outshine the rest. This is thanks to its versatility and plurality given its multi- and cross-platform nature, so you can hold a converstion from any mobile device or desktop computer with Chrome installed. Google has finally realized this program is a gem it, a totally functional instant-messaging tool that doesn’t need to lean on other services to become a user favorite.