When you think of sports videogames, the first ones that come to mind probably have to do with soccer or basketball.  I mean, it’s hard to find someone who’s never heard of FIFA. But that doesn’t mean there’s no room for other sports games. Just look at the long list of golf games available on Android. If you’re looking for a more laid back experience, the Super Stickman Golf saga has been entertaining us for a good long while. And now we have a new title to enjoy from the same Noodlecake Studios: Golf Blitz is an incredibly fun new online golf game. 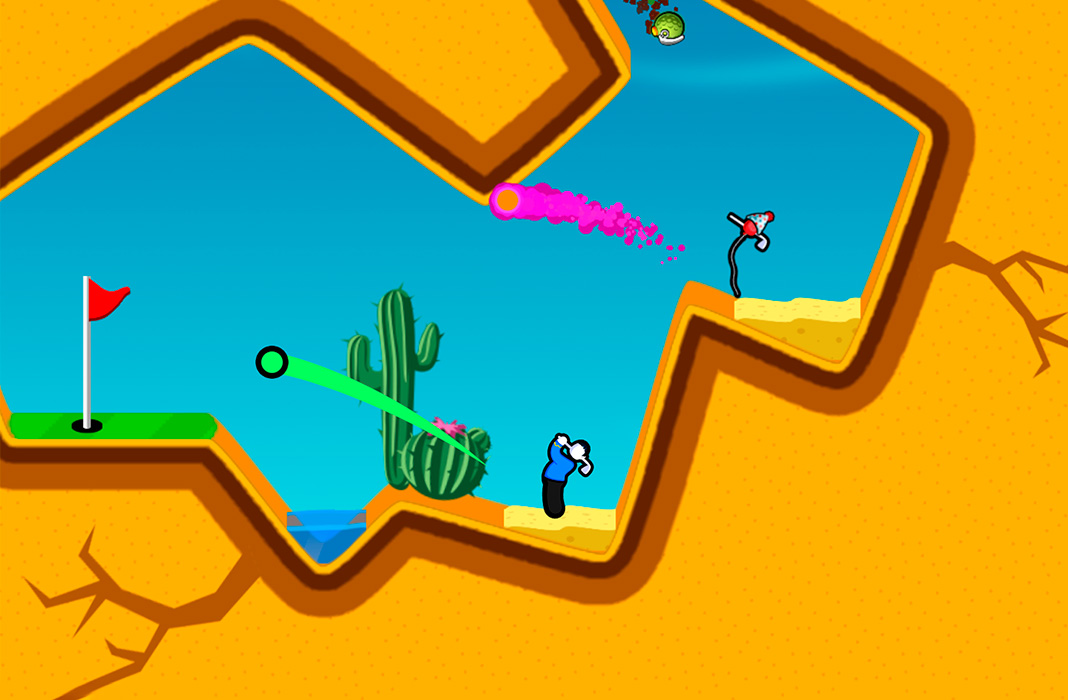 At first glance, it’s hard to see the difference between Golf Blitz and Super Stickman Golf 3. The graphics are practically the same. What’s more, you could even say that it’s identical to the second installment. But this audiovisual minimalism is just the tip of the iceberg for this game from Noodlecake: in terms of gameplay, it’s a completely different game. It’s an online title where you compete with three other people to be the first to reach the hole. 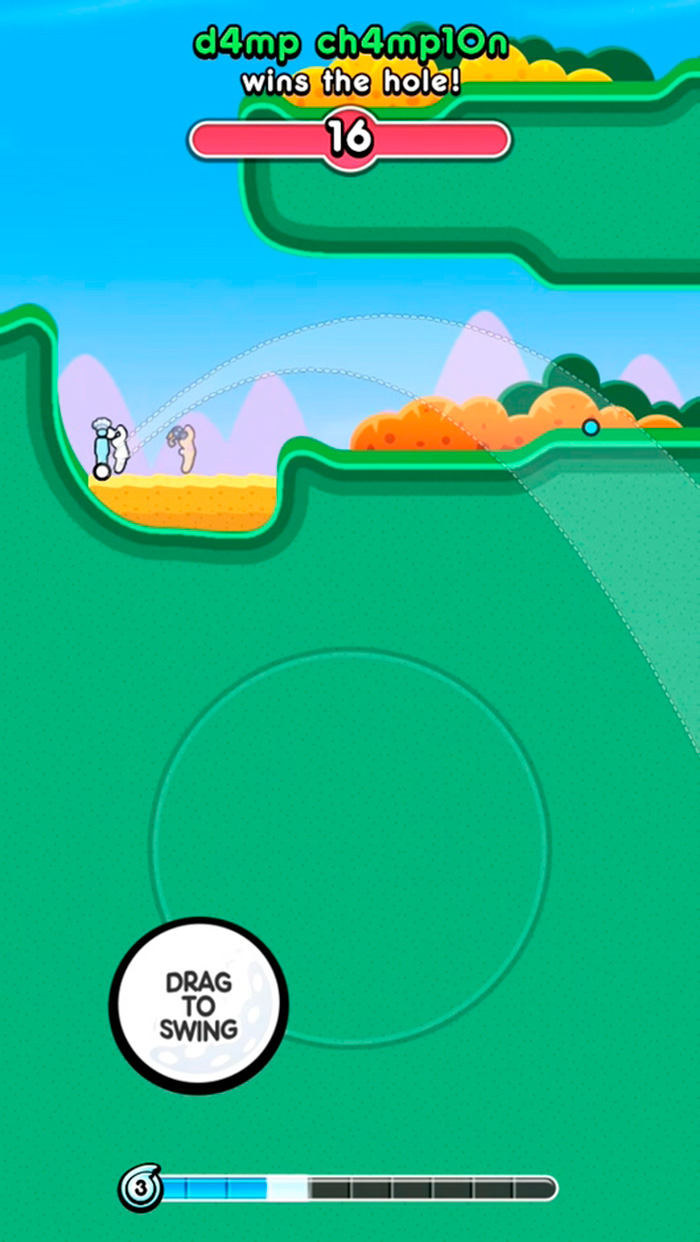 One of the biggest differences Golf Blitz offers is its controls: you can say bye bye to the whole gang of virtual buttons and hello to a single button that lets you hit the ball. With this button you can choose both the direction of the shot and the strength. It’s all approximate though, since if you want more exact swings, you’ll have to use power-ups for that. 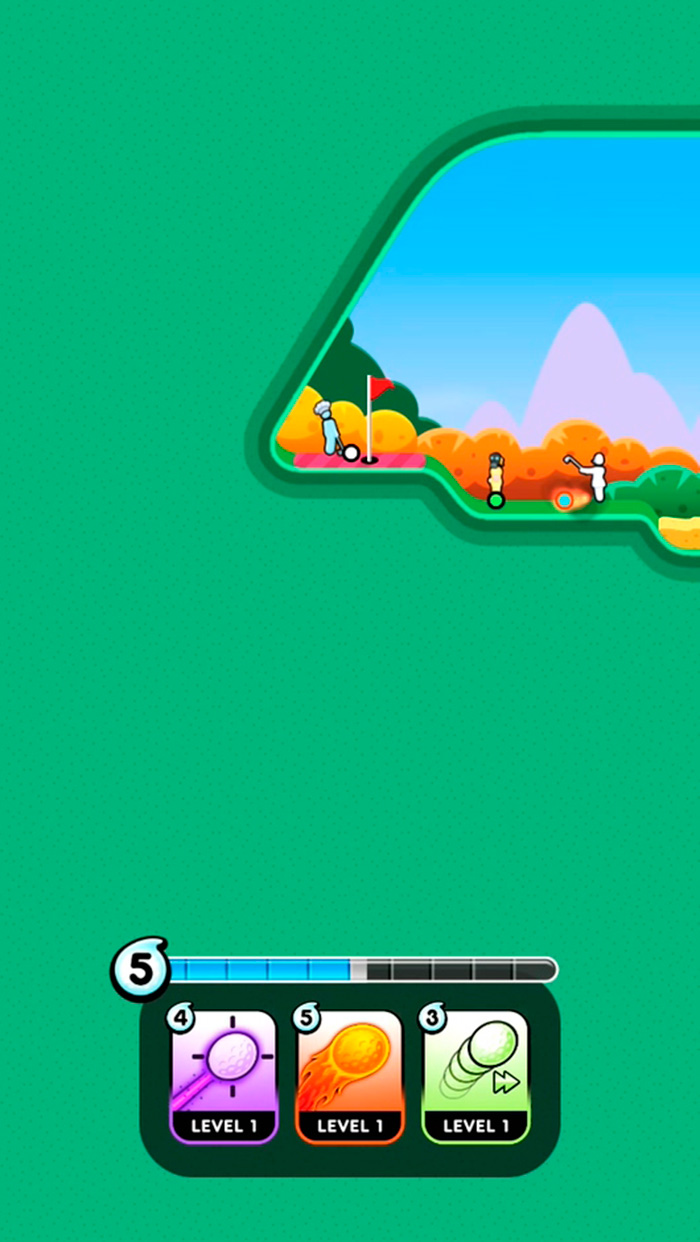 The power system is pretty interesting since it looks more like Clash Royale: you have an energy bar that will gradually fill up and that lets you use your power-ups. Some will help by giving your swing more power, while others let you accurately aim where your ball is going to go. This turns every round into a really fun sort of leapfrog where you have to also take your rivals’ moves into account: all of the players’ balls can hit and move each other. 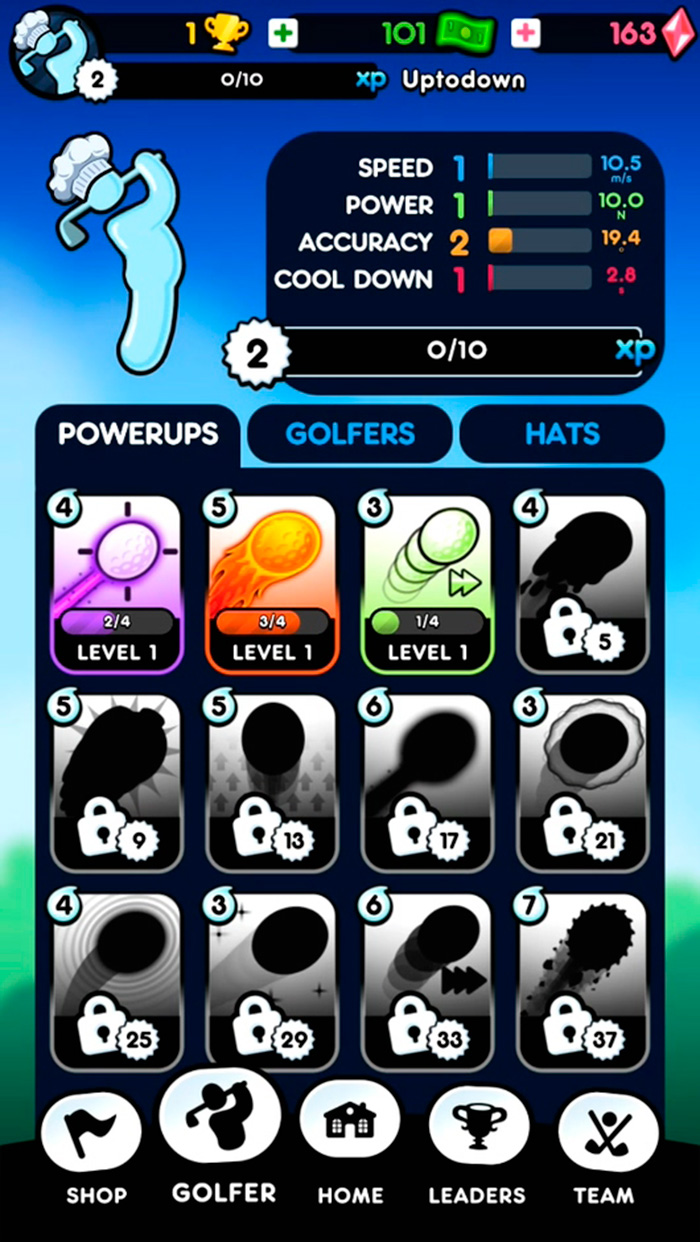 It’s impossible not to have fun playing Golf Blitz. It’s an easy-going golf game that offers a series of increasingly wacky levels. The best thing about its multiplayer rounds is that you get points in each screen until one of the players manages to get enough to finish the round. So what you get is short, intense rounds, with the added bonus that you can customize your character as you go; you’ll get rewarded with power-up cards and different skins for winning.