Playing Geometry Dash is a constant check on your reflexes and your tolerance for pain. That’s precisely what made the game famous, with multiple versions and similar games that followed its example. Glitch Dash goes down the same path in terms of gameplay, but with an original touch in the form of a new perspective: the game is basically Geometry Dash in the first person. It’s an immersive experience that never gives you a chance to breathe. 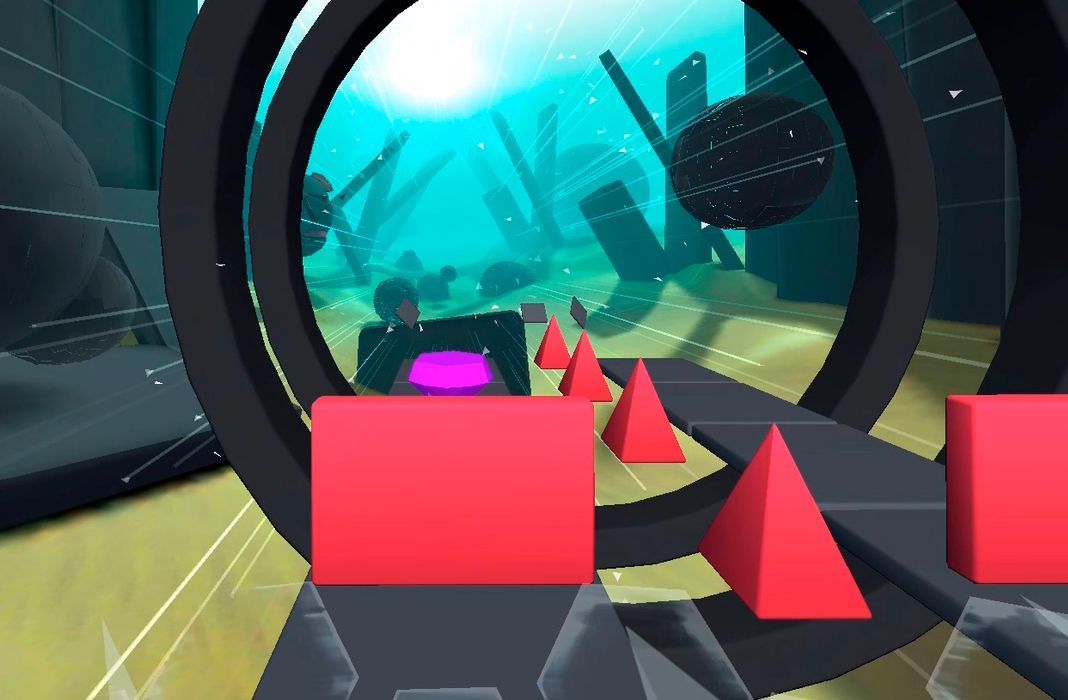 Changing the perspective of a game like Geometry Dash might seem like an easy prospect. But those who have spent a lot of time with Robert Topala’s great title know that it won’t be easy to bring the speed and precision of Geometry Dash to three dimensions. Well, at least it would seem difficult, but you have to admit the Glitch Dash does a great job. All of the suffering that you enjoyed from other arcade games returns in 3D. And oh yes, you will suffer. 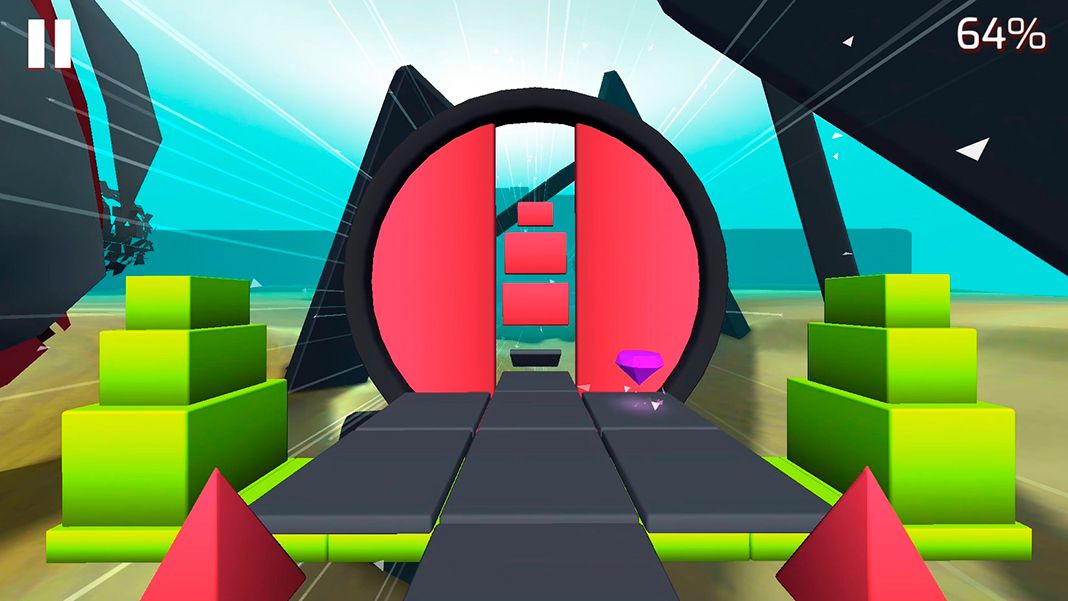 We aren’t exaggerating when we say that this game is complicated. Very complicated. The difficulty has nothing to do with the game’s controls, which are perfect for touch screens with movements based around swipes. The main problem is that you have to maneuver through 3D spaces filled with lots of deadly obstacles. Everything kills you and it won’t be easy to make it through all six stages. It might not seem like much, but it will take you quite some time to make it all the way through. 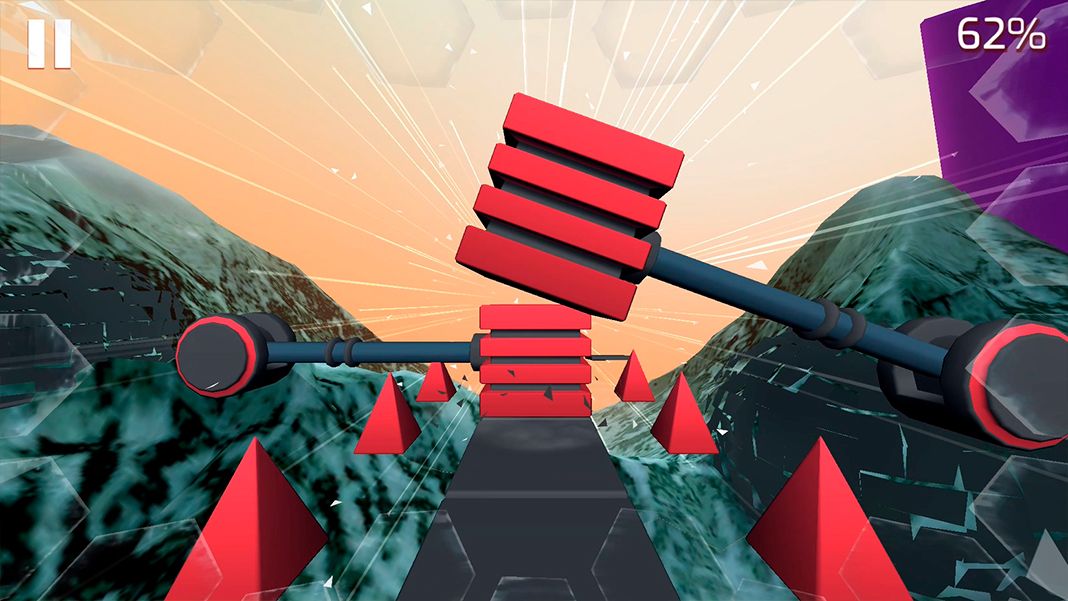 Giant hammers, axes, pyramids, lasers.. everything will kill you in Glitch Dash and you will definitely die a lot. But we know that you’ll keep trying until you make it to the finish line with tears in your eyes, just like in Geometry Dash. It’s an excellent arcade game with a high level of difficulty and an unrelenting electronica sound track that you’d expect from the genre.