Home About Us Need an app? #GetItOnUptodown 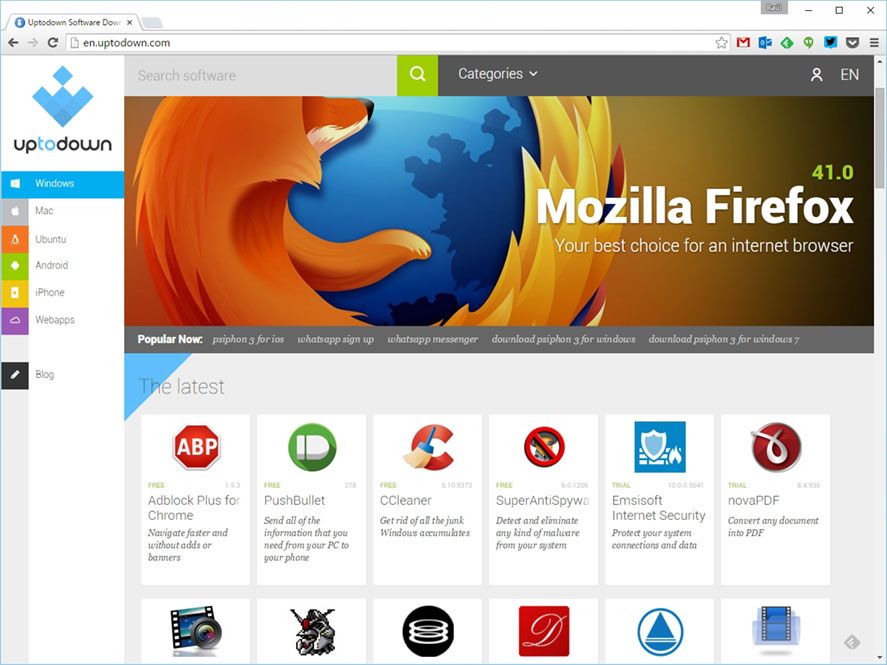 Here at Uptodown we’ve progressively been rolling out the new look of our brand, giving a facelift to the arrow logo that’s been with us for so many years and which has become one of the main symbols of our company. But the ways of design are inscrutable: we still have to adapt to new times and search for new ways to expand, especially if we want to reach all users. At the moment we’re focusing on bringing visibility to our downloads on official websites and digital media. Hence our new initiative #GetItOnUptodown.

In terms of functionality Uptodown is the same as ever, offering downloads of some 40,000 legal applications for Android, Windows, Mac, and Linux, as well as iOS software and links to web tools. Our site is fully functional and adaptable to all sorts of devices, including desktop computers as well as smartphones and tablets, and we also have an official Android app that can detect and install updates to all your installed software. This December we’ll celebrate our 13th anniversary, years over which we’ve managed to secure a place as the second most-used marketplace for Android apps in the world, after Google Play only. Alexa doesn’t lie. Over more than a decade our site has undergone constant visual and functional redesigns, although in recent times we’ve focused on promoting features for the other side of the coin, that is, for app developers. We’re in constant contact with big studios and indie software developers to act as the official download source for their applications, and we never stop improving our internal platform that allows content developers themselves to present their own new releases on Uptodown. The next step is to get other media to take us into account when it comes to sharing our content.

The idea behind #GetItOnUptodown, framed in a simple button, is to stimulate official sites and information sources to list Uptodown when it comes to offering high-quality, alternative download links. Keeping the Internet open and decentralized requires a variety of different sources for both developers and users. When it comes to offering Android app downloads, many developers only consider Google Play. Luckily, though, this trend is changing, and many developers trust us as their official source. There are no conditions of any kind: publishing apps on Uptodown is completely free and its visibility potential is more than obvious given our 70 million monthly visits and site available in 13 languages. If you’re a developer and you want to help with this initiative by adopting our download button or putting your own app on Uptodown, don’t hesitate to get in touch with us. Likewise, if you run a digital media outlet and want to offer official, secure external links for apps not found on Google Play, we can offer you that possibility.