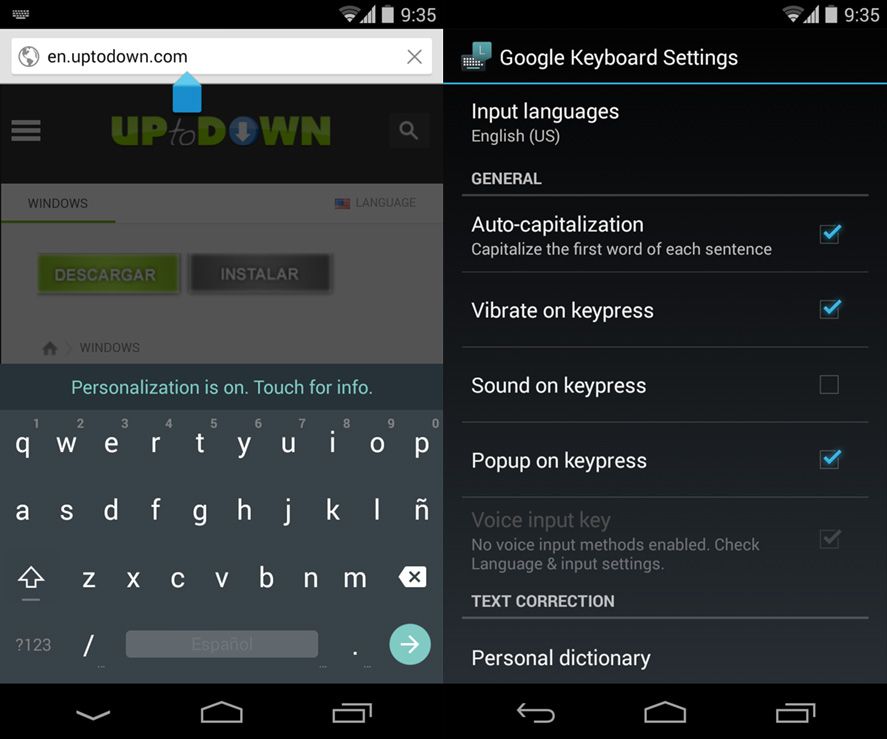 A few days ago we found out about some of the new features to arrive in the new version of Android that will launch in the next few months, although you can already install some of the features on your device such as the new virtual keyboard, the new desktop and icon effects, and Material Design wallpapers.

How to install the new virtual keyboard

While Nexus 5 or 7 users can already test a preview version of Android L, the rest of us mortals with other smartphone models also have the option to try the new Android L Keyboard, which has been extracted as an independent app and can be installed via an APK and your default virtual keyboard changed afterwards in the settings menu. How to configure Nova Launcher with Android L effects

The increase in desktop customization on Android has brought along with it a host of launchers. Nova Launcher, one of the best known, has included in its latest version the option to add several effects similar to the ones to be incorporated in L, among its many other customization options. These are a few of them: The Android L redesign will also include a new line of icons with a revamped aesthetic. While the official ones are still not available to download independently, there are ‘icon packs’ that are quite similar. Moonshine is one of those, which once it’s installed can be integrated into the launcher you use, including the aforementioned Nova Launcher, with which it works perfectly. It also includes one of the official wallpapers from Android L to complete the set. Unfortunately, to change the three lower icons on the notifications bar it’s necessary to have rooted your device so you can install the module created by a user from XDA Developers.