It’s time to head back to the summer camp at Crystal Lake alongside Jason Voorhees. Friday the 13th: Killer Puzzle is a new video game based on Friday the 13th, the legendary film franchise. That said, this time the game is a lot more friendly thanks to its comic-style graphics, but you can go ahead and download it from Uptodown today. 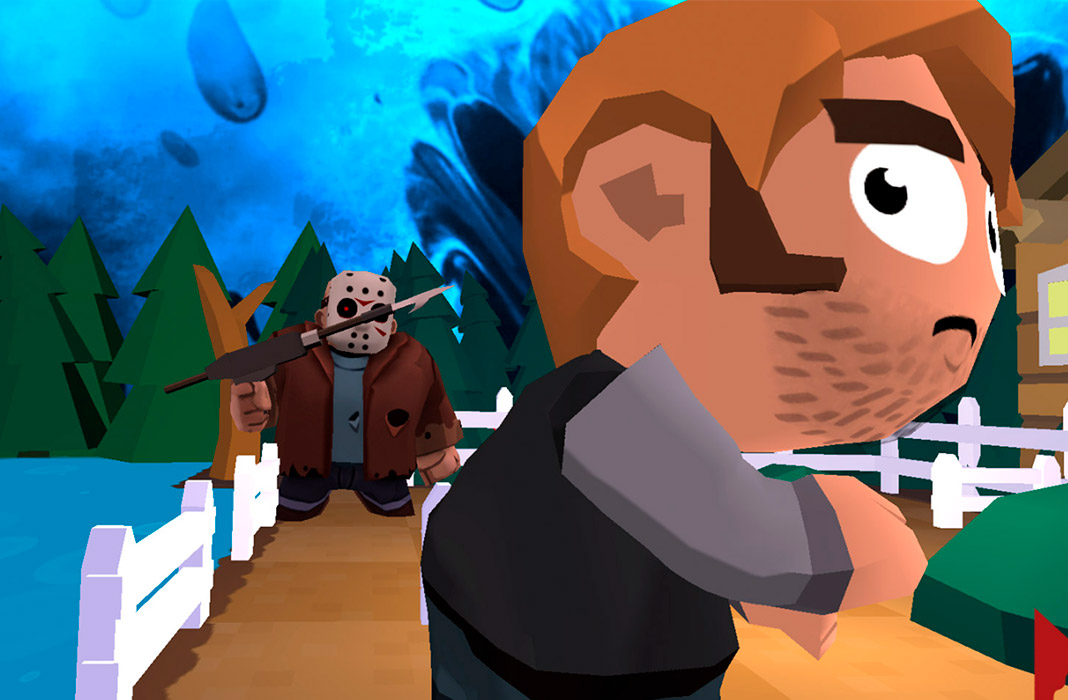 The popularity of the film series Friday the 13th has faded somewhat in recent years. The movies created a new slasher mythos around Jason Voorhees, but after so many different versions people started to get burnt out. The same thing has happened to virtually all horror movie franchises, and it’s always a bit of a shame to see these icons of the silver screen fall from grace. Fortunately, there are lots of video games that let you don the classic hockey mask and Friday the 13th: Killer Puzzle is the best game yet. 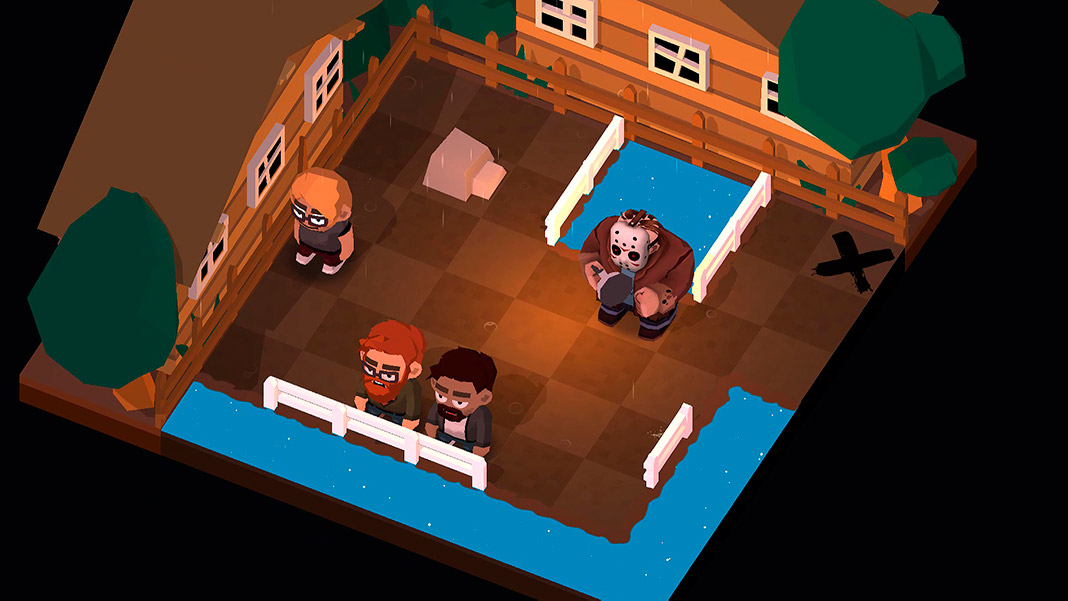 The best way to describe this new title by Blue Wizard Digital is a true puzzle game. Not only do you have to swing the machete of your friend Jason, you also have to solve fun 3D puzzles. Other games in the genre have you matching fruit or making gems disappear, but this game starring Jason has him doing what he does best: murdering all of the victims on each screen.

Gameplay is quite simple: you need to beat each of the levels by moving Jason around each tiled level one square at a time. At stated above, your objective is to kill all of the humans on the screen, but to do so you have to move some objects on the screen first. This style of gameplay has been done time and time again, but never has it been presented in such a fun and… bloodthirsty way. 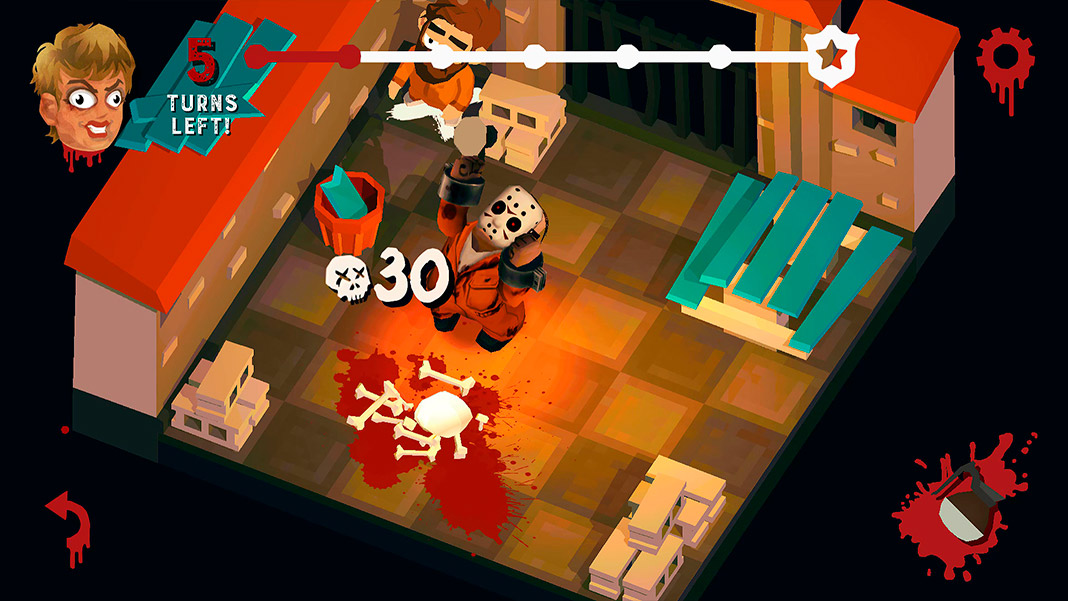 Friday the 13th: Killer Puzzle is one of the best Friday the 13th games currently available. Its fun visuals mix really well with the comedic tone of Blue Wizard Digital’s game, and this game is basically a new version of their previous unlicensed game Slayaway Camp. On top of all that, this Friday the 13th game features a number of collectibles and more than 100 levels where you can demonstrate your mastery of the machete. 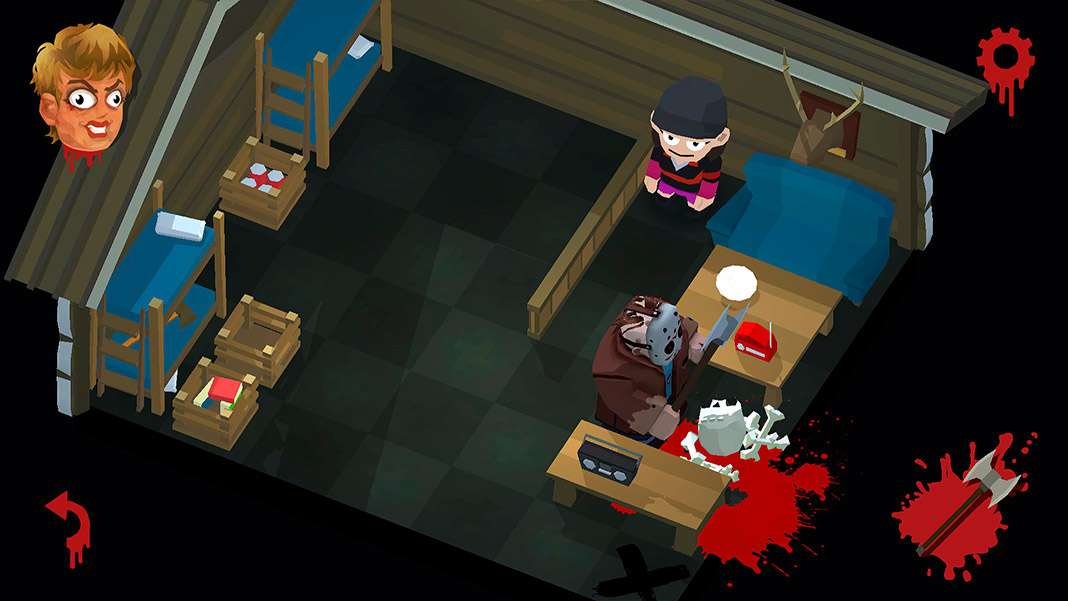