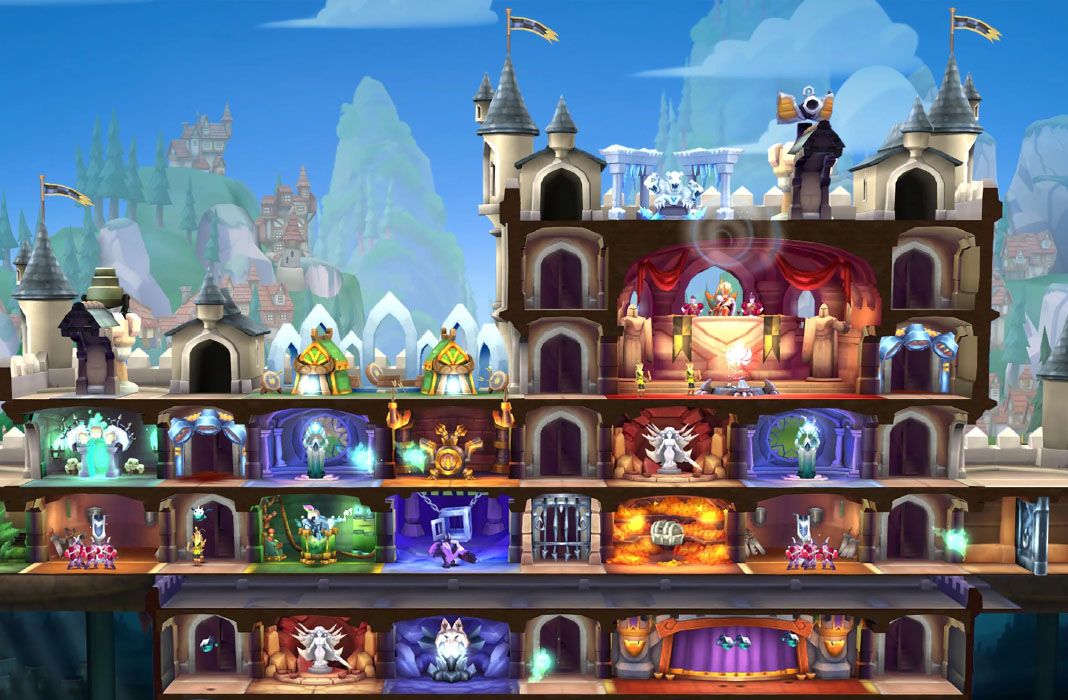 Yes, “Sieges, cards, and castle building” might sound even triter than the word “Clash” when we’re talking about smartphone gaming. But Fortress of Champions still turns out to be a more than interesting experience that coherently brings together several subgenres and kinds of gameplay. On one hand you’ve got to build fortresses whose sprawling wings serve to defend you from your enemies, while on the other is the task of putting together a deck with abilities your heroes can deploy when they go into battle. And finally there are the troop reserves you send out to tear down your enemies’ fortifications. 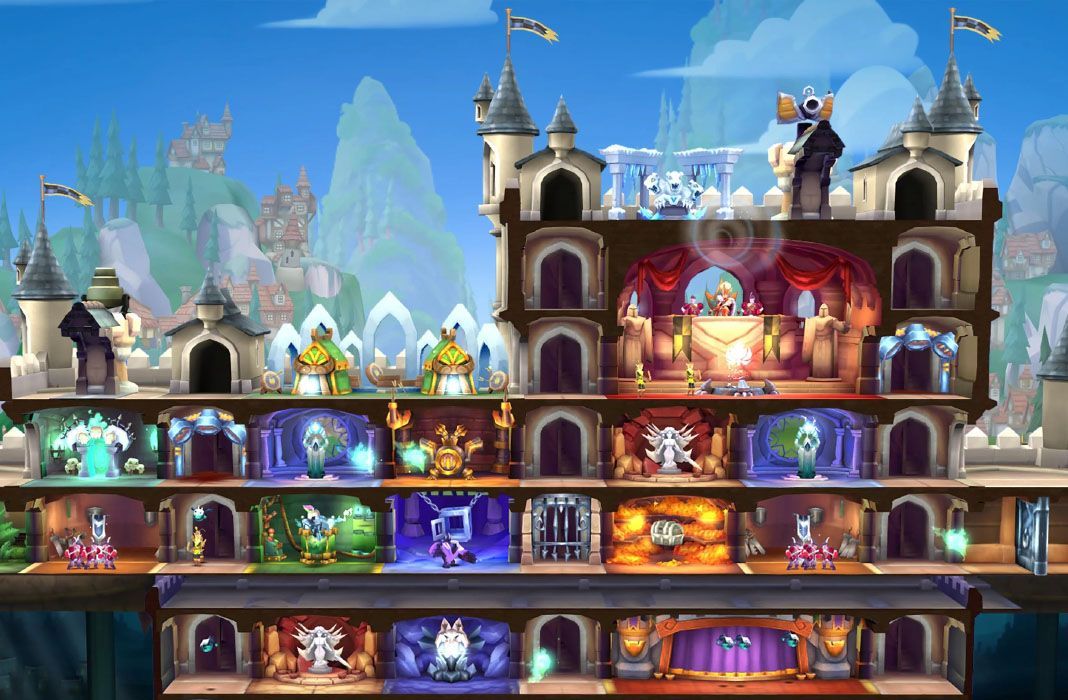 The interesting thing about this game is that the attack and defense system will steer your characters forward toward the castle nucleus, though thanks to the deck of cards mentioned above you can deploy the skills of each of the four heroes at the moment you think best so long as you meet their mana requirements, which grow constantly over time. Create a team of up to four characters, each with a set of associated (and customizable) skills, though the deck in question can be used in lots of other ways beyond attacking certain areas of the screen. 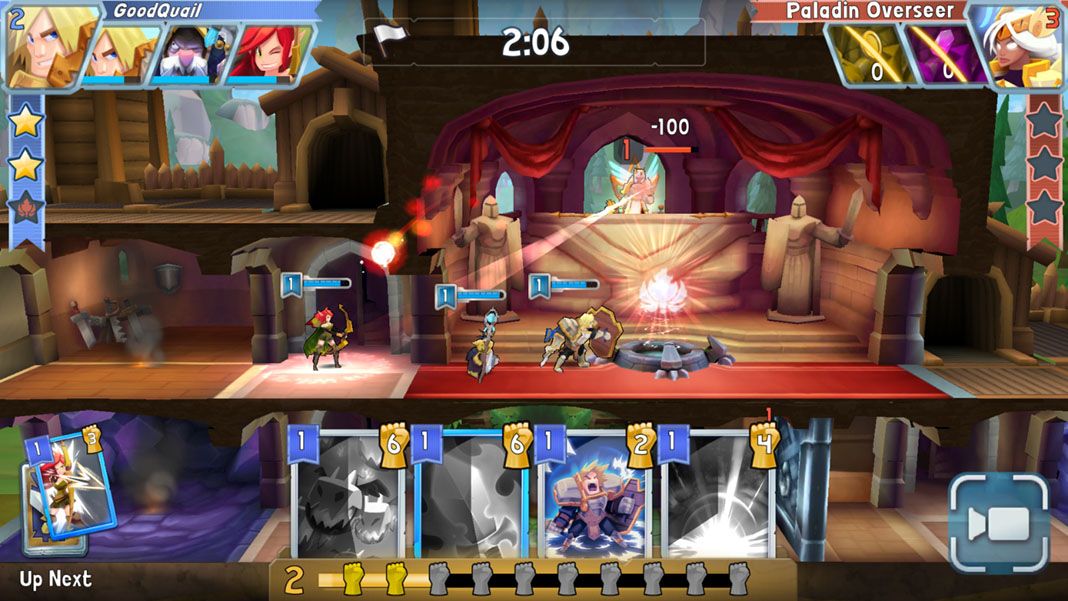 Given that the sieges happen in real time, it’s essential to also be smart about managing your own defenses, as the invaders will look for the fastest way to get into your castle’s throne room. In other words, your architectural chops and the kinds of defensive fixtures you set up can determine how invulnerable your base is. 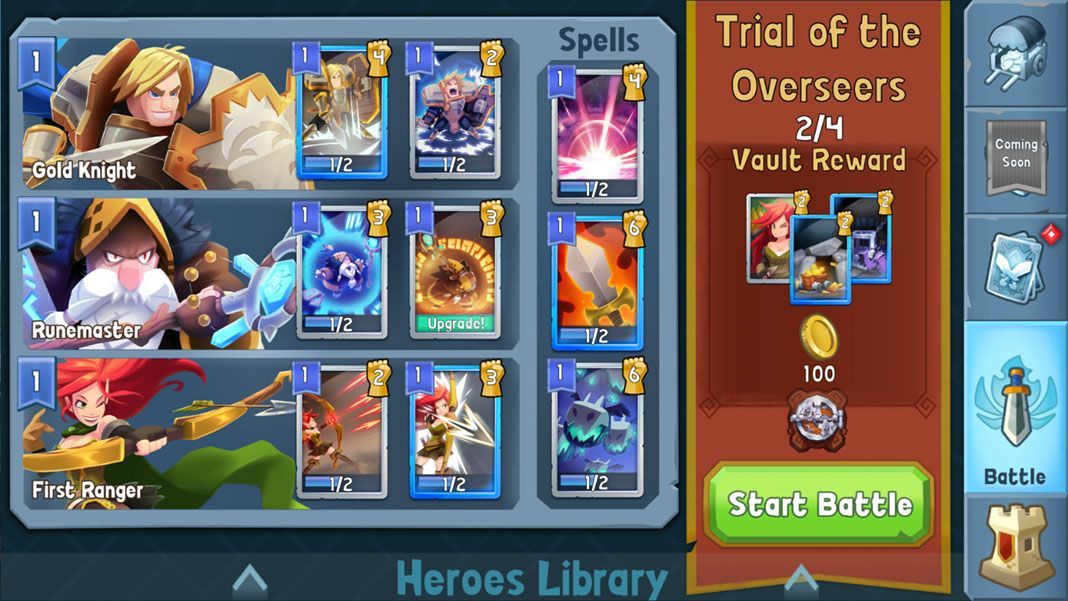 The game is in constant expansion as it’s still in the “unreleased phase” and hasn’t officially come out at the global level. No matter, though, as you can download and install its APK from Uptodown with no geographical restrictions. Each new version adds new daily challenges, global rankings, and other goodies to keep you hooked for as long as you can take it.