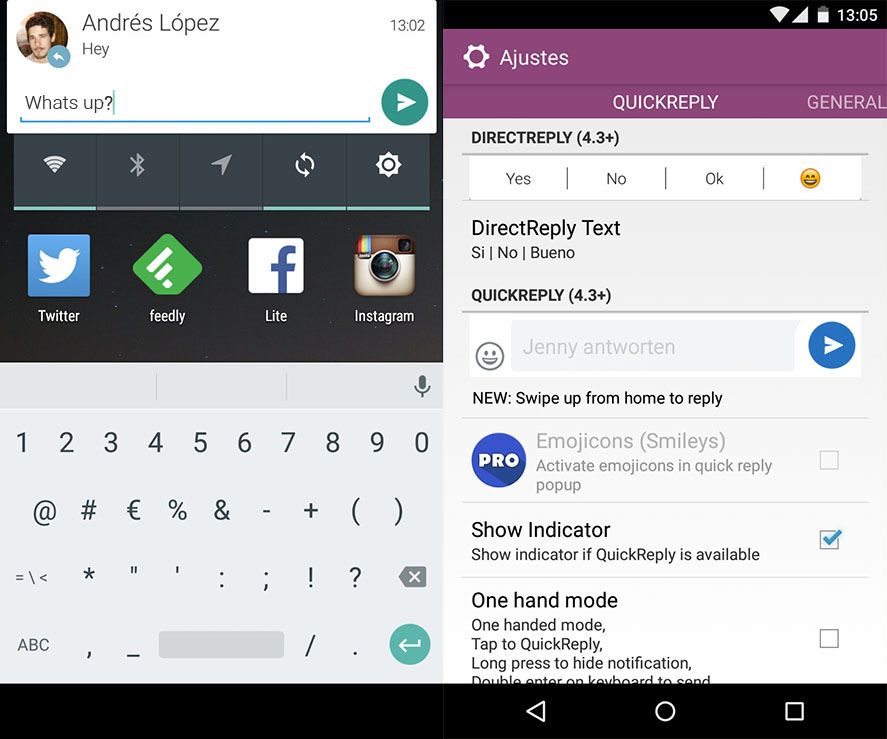 Android’s notifications system has been refined with each new version of the operating system, but it still doesn’t offer everything we could wish for from it. Floatify is a tool that can expand popups so you can reply to text messages right from the notification itself without having to open the app that sent it.

This means that if, for example, you get a text via WhatsApp, you can type your answer in the notification without connecting to WhatsApp itself, and also, unlike on normal notifications, read the entire text with no character limit. Another advantage is Floatify’s list of preset responses such as “Yes/no, will write soon” that can be accessed with a couple of taps to the screen. Floatify’s special popups can also be used from the device’s lock screen, where you can do all the actions described above and also discard messages. That said, all these features are only available for supported apps, among them WhatsApp, LINE, and Hangouts. It also offers extra features for other apps like Google Music and Spotify, although these already have their own player control systems and Floatify simply offers an alternative to the existing ones.

The basic version of Floatify is completely free and lets you access all the aforementioned features, but there’s also a paid one that adds a higher level of customization in terms of configuring gesture actions to control popups, new visual styles, a system to automatically switch on the screen when you get notifications, and a filter to add notifications to a blacklist, among many other options.