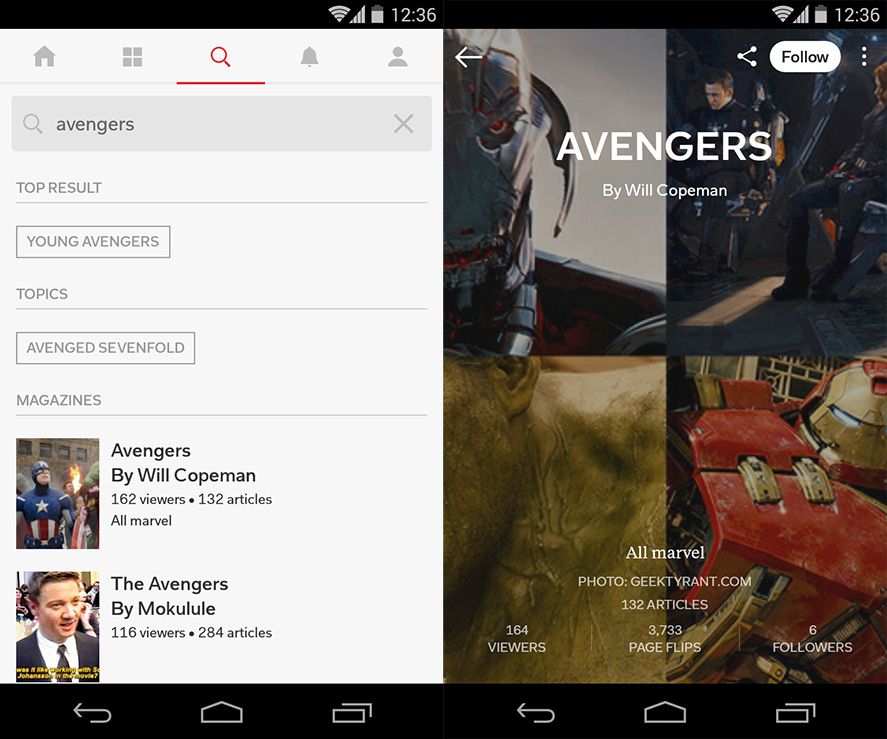 There are few newsreaders out there as complete as Flipboard, which with each new version shores up its position as a fundamental tool that even comes preinstalled on certain smartphone models. The new 3.0 version, besides including a redesign for the client, has introduced new highly useful features, such as an information search based on keywords.

The so-called Topics are simply personalized lists with information sorted by theme and created by users themselves. Anyone can create their own magazine or act as ‘curator’ for a particular field or keyword. What’s interesting is that you can follow those channels or add them to the topic blocks incorporated into Flipboard itself. There are already some 30,000 topics followed by thousands of users. Plus, the web app for custom magazine editors has added a new statistics section so you can view the reach of your content. Another of the new features is the so-called Daily Edition, a collection of daily posts that will serve as your Flipboard frontpage, just as if it were an actual newspaper. At the moment it’s only available in the United States, United Kingdom, Latin America, India, and Brazil, and it’s posted every day at 7 a.m. in each time zone. But the most important novelty, or at least the first to jump out at you, is the app’s complete redesign, where browsing between sections is now done via a horizontal bar with five sections: The main menu, the topic cloud, the search tool, the shared posts section, and your profile with your favoriates, your custom magazines, and linked saved to read later. Mike McCue, the company’s CEO, goes over all the new features in a recently published video here.

The top 8 alternatives to Google Reader