When you think of fishing games what normally comes to mind? Probably a game that’s more relaxing than fun, right? Well the good folks at Netmarble have decided to clear these thoughts from our heads with Fishing Strike, a unique fishing game on Android that’s sure to please both people who love to fish…and everyone else. You’ll be surprised to find it resembles more of an action game than a typical old fishing title. 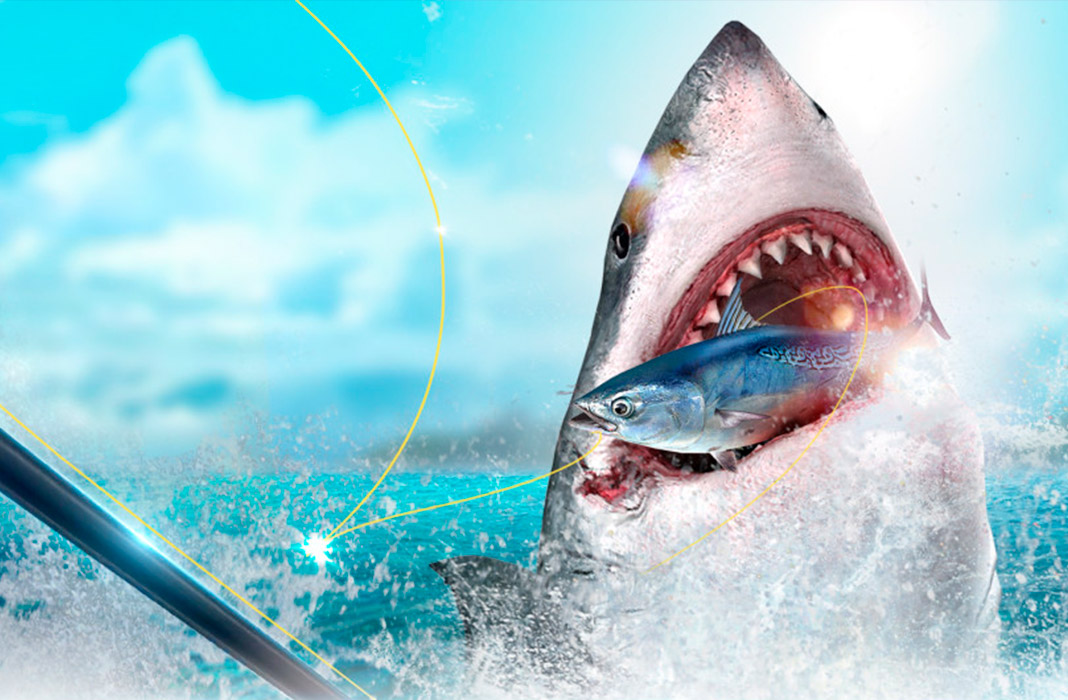 Yes, we would define Fishing Strike as a fishing game. After all, your mission in the game is to catch tons of fish to live in your aquarium. That said, its frenzied gameplay and spectacular graphics convert this game into so much more. We’ve said it before and we’ll say it again: Fishing Strike is like no other fishing game you’ve ever played before. Promise. 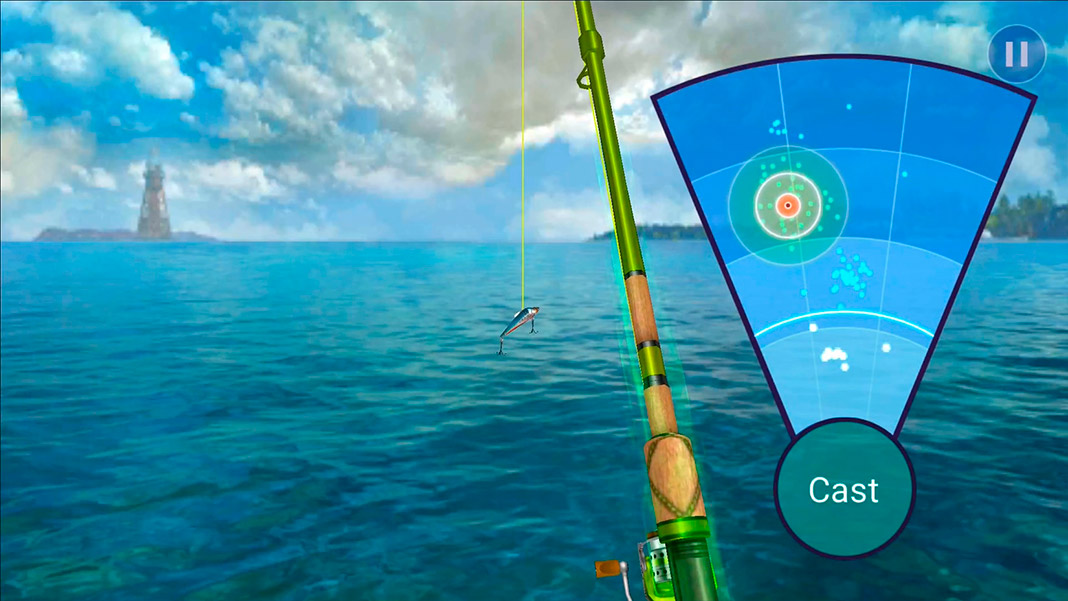 This game from Netmarble is designed to be enjoyed by anyone and everyone thanks primarily to its gameplay: the fishing process starts when you cast your line into the sea by simply tapping on the screen. If you time it right and land your hook close to the highlighted area, you’ll win bonuses that will help you catch the fish you’re trying for. After that comes the next phase: get a certain fish to bite. You can move your lure slightly and even make a fish let go if you want a different one instead. Once you have the fish you want hooked, you just have to swipe up and move on to the next phase of your fishing experience. 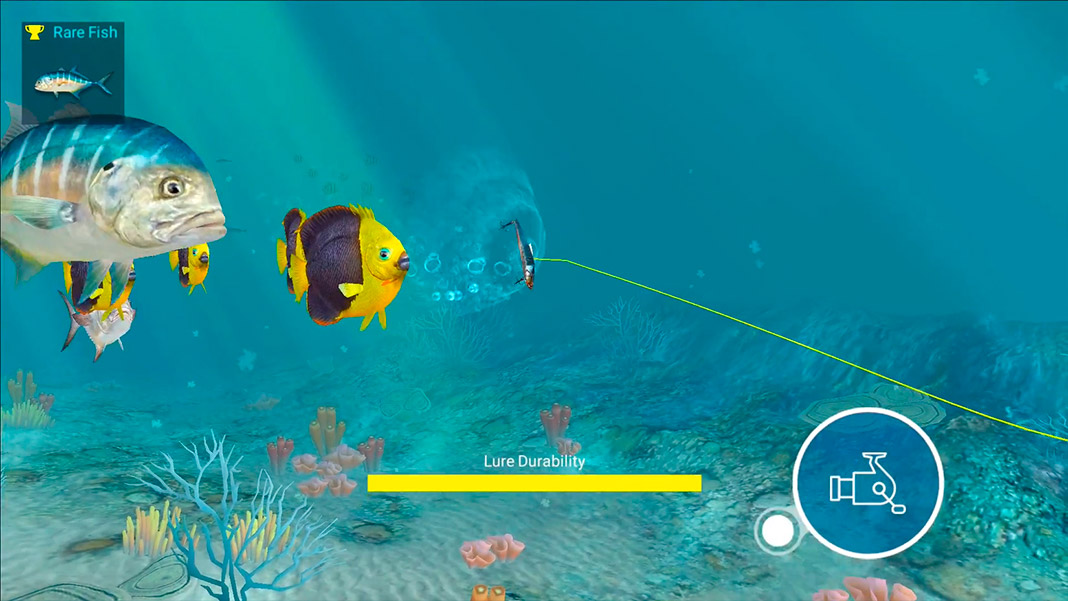 The battle to actually capture the fish is probably the most enjoyable part of the game, but it’s still simple to do: you have to wear out your fish’s energy by tugging on your pole. If you let it go for a while, it’s possible that the fish will escape and you’ll have to start all over. But you can’t keep your finger down constantly either, because your character also has its own tension level. This means you have to find a balance between using your energy and trying to exhaust the fish little by little. Luckily, you’ll have a few tricks up your sleeve to help you out: the ability to yank the line in hard when the fish jumps out of the water using swipes in a certain direction, and the use of other fishermen who will lend you their various skills. This last feature is pure gold that will help you do things like invoke a tornado or get a whale help you catch your prey. Awesome. 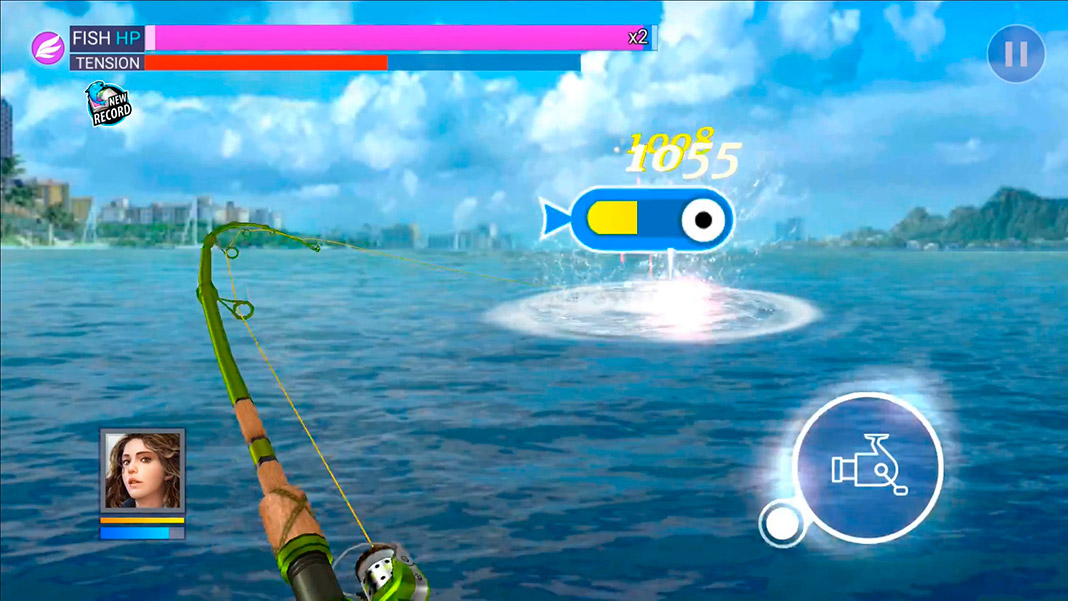 Fishing Strike is an excellent game for smartphones. It’s an outstanding production that stands out for both its graphics and gameplay. It has the typical unlockable items and levelups that we’ve seen in a million games before, but that doesn’t bother us enough to make us buy anything within the game. Not only is it the best fishing game on Android, but one of the best games that’s come out so far this year. There’s a good reason we picked it as one of the best games of the month of April.