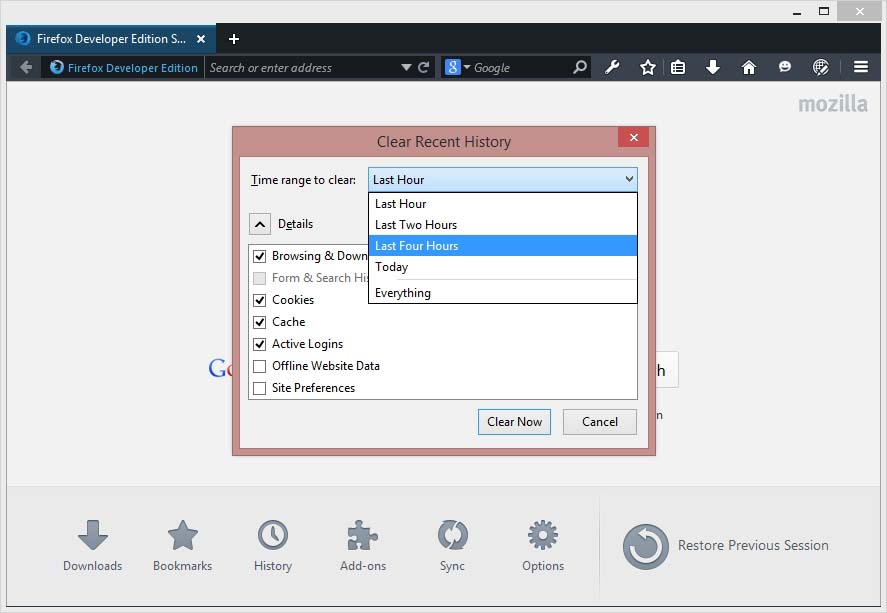 In November of 2004, the Mozilla Foundation launched version 1.0 of Firefox. To celebrate its 10-year anniversary, having won a place as the second most-used browser on the market (with a 27% market share, trailing only Chrome), the Foundation has rolled out several new features that can be used immediately: the new DuckDuckGo search engine on all versions of the browser, new options to clear your history, and the release of Firefox Developer Edition, an update channel for the browser to replace Aurora, with test versions and exclusive development-focused features.

This recently released tool is exclusively focused on website and app development, as seen in, for instance, its full integration with WebID, which replaces the App Manager tool and lets you create, run, and test sites and apps for Firefox OS, with the added benefit of being multiplatform as well as associated with your user account. This opens doors to testing on other browsers like Chrome or Safari on smartphones or tablets using its Valence extension. In addition, the browser includes its own HTML and CSS code inspector with real-time editing, a web console to view a log of interactions with the page, a debugger, a network resource monitor, an online audio editor, and a CSS style sheet viewer. All these options are grouped and easily accessible from a new submenu on the toolbar.

As with Firefox Aurora, Developer Edition will be updated every six weeks and will incorporate all the features that will arrive to the stable channel. In fact, the first version of the new browser is 35.0, which will only arrive in January of 2015. Security and erasing your history

Besides the arrival of this new edition, Firefox has updated its browser to version 33.1 with two main new features. One is the aforementioned addition of DuckDuckGo, a ‘secure’ search engine that unlike Google doesn’t share or collect information of any kind, such that any ads that are displayed are completely unrelated to your search history, and you can even deactivate them from the settings menu. It’s aimed at providing results from public sources like Wikipedia and among its features the options stand out to play videos directly from YouTube in your results or use an array of customization options to change its look.

The other novelty is the inclusion of a ‘forget’ button, a quick way to get rid of all open tabs, your history, and cookies from a set time period: either the last five minutes, two hours, or 24 hours. An ideal way to remove any trace of your browsing history without having to go to each section individually. Nevertheless, you’ll still have the secure browsing option as in prior versions.