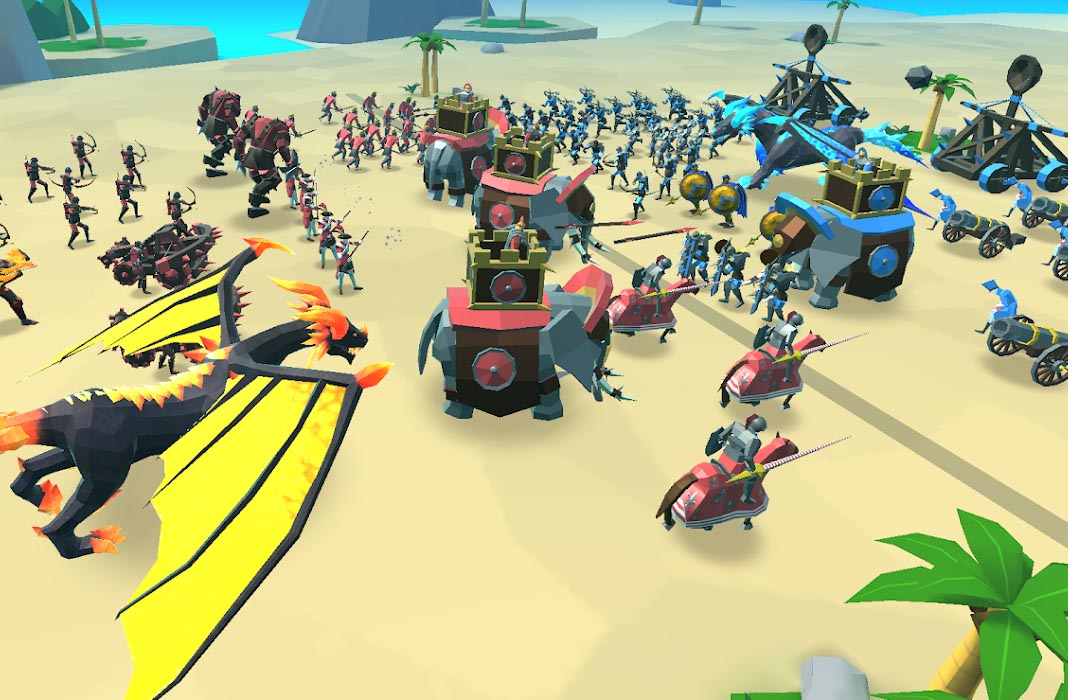 When you think of real-time strategy you probably think of desktop computers and loooong gaming sessions. But that’s not the case in Epic Battle Simulator 2. The rules of the genre have been simplified to the max to offer quick rounds and the simplest gameplay possible, making it perfect for playing on the subway, bus, or anywhere else you want.

Throughout the levels, you’ll have to battle it out against a rival army that will increase in strength and difficulty as the game goes on. This means you’ll have to make sure you prepare for each battle in advance, using the resources you have on hand at the time. 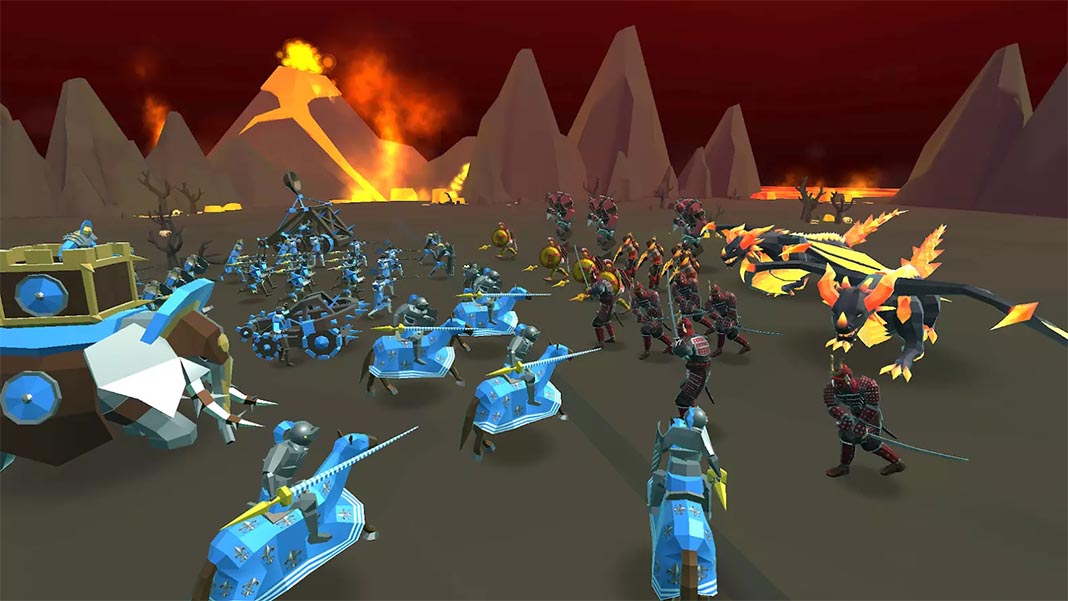 Depending on the amount of gold you’ve accumulated, you’ll be able to recruit a certain number of troops, divided into different categories. The greater the resistance and attack power, the greater the investment required. The “melee” units are the cheapest, and range from the typical privates to spearmen and massive berserkers. Then, there are the “ranged” attack troops, such as archers, crossbowmen and soldiers armed with AK-47 or M16 rifles (okay, so realism was not one of Rappid Studios‘ top priorities when creating Epic Battle Simulator 2). 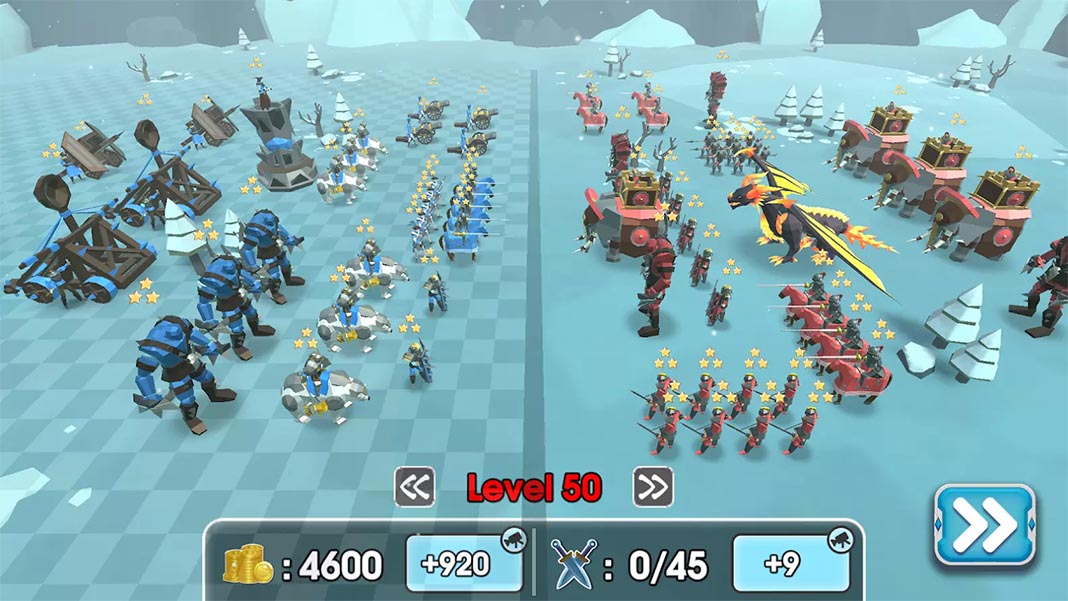 If your gold reserves allow it, you can also recruit cavalry units, install catapults and cannons and even acquire the services of ninjas and giants. Each unit can be deployed on the battlefield at will. This is where you’ll find one of the keys to any wargame: the archers should always be in the rear, protected from enemy spearmen, while you place the cavalry on the frontlines to take down the enemy infantry as soon as possible.

After deploying your troops on the map, all you have to do is start the battle and watch it unfold. Once the confrontation has begun, you won’t be able to do anything except move the camera so you’re sure not to miss a single detail of the carnage.

If you’re defeated, you’ll have to repeat the battle (you can always learn from your mistakes). However, if you win, you’ll jump to the next battle with all the gold you had accumulated plus a little extra as a reward.

Epic Battle Simulator 2 also offers a series of epic levels, accessible after overcoming 50 normal battles, and an online mode, in case the battles against the AI aren’t enough for you. And as usual in all free-to-play games, you can buy diamonds to help you improve each of the units in the game. That said, you can also get diamonds and other advantages for free, with the sweat and blood of your men, or from watching third-party ads.

This wargame doesn’t intend to revolutionize the real-time strategy games; it simply aims to offer a fun time, with a simple and accessible gameplay that’s ideal for playing quick, short rounds. If you want play more game like this one, you can try some of the best strategy games we have compiled in our blog.