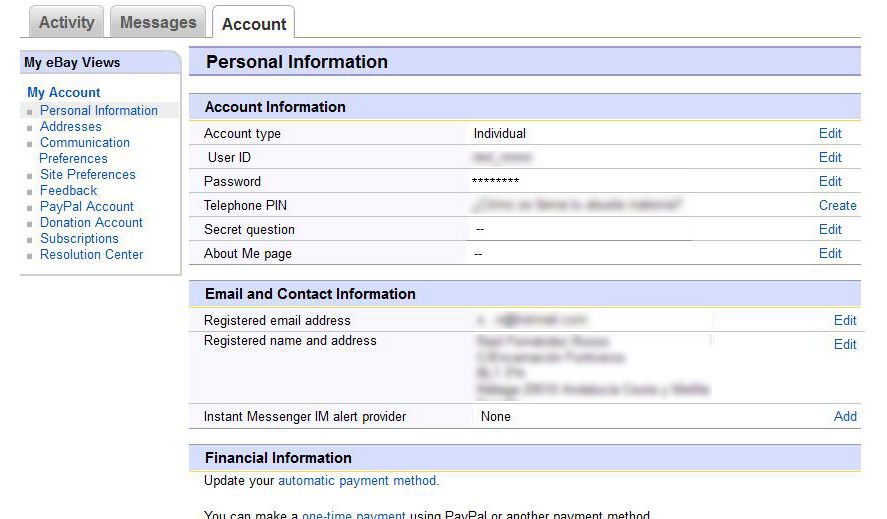 The online auctions giant has released a statement via its official corporate website confirming it has suffered an IT attack that jeopardized the passwords and personal details of all users. Although they have stated that the attackers have no access to bank details, it is urgently recommended that you change the passwords for all of your accounts with the service.

According to eBay, the information bank where user data is stored was attacked between February and March of this year, although the breach has only been officially announced now after the detection of the problem two weeks ago. Among the potentially breached information are complete usernames, addresses, email addresses, dates of birth, and telephone numbers.

Special emphasis has been placed on that fact that, after the in-depth analysis of the breach, the security of associated user bank accounts or other financial data has not been compromised. In the case of PayPal, the process is done via an external service totally separate from eBay, so there is no risk whatsoever in that area.

Over the coming days, all users registerd on eBay will receive a notice that will prompt them to change their passwords as soon as possible, although you can also do it manually at any time. To do so, you should follow the steps described below. Organize your Christmas shopping from your Android phone