It’s been a while since we’ve heard anything new about the SEGA Forever initiative. The last thing we heard was their goals for 2018: less emulated games and more native ports, since these are the most downloaded and rated games by users. It’s a great initiative that we’re going to wait a while longer for, given that once again, we find ourselves presented with an emulated game in their latest release: Dynamite Headdy, one of the best games that came out of the SEGA 16-bit era. 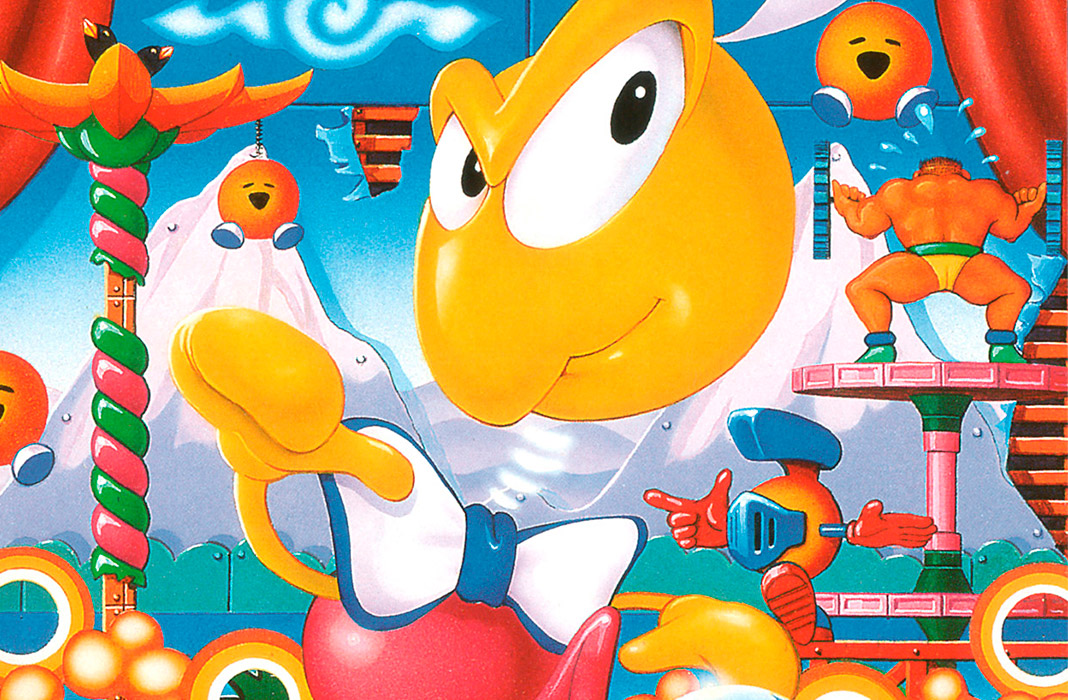 The videogame developer named Treasure decided to amaze us for a third time, adding another gem to their crown. Dynamite Headdy came into existence on August 5, 1994 and left Mega Drive owners awestruck. It’s a title directed by the SEGA 16-bit newbie Hiroshi Aso, and who would later go on to work on other gems like Ristar, Dragon Force, The House of the Dead, and the last big dream of Yu Suzuki, Shenmue. It’s a game programmed by the president of Treasure himself, who decided to get his hands dirty and work wonders in terms of performance. It’s a work that even changed on its way across the pond; the western version is more challenging than the original Japanese version. A game with 18 different heads to use. 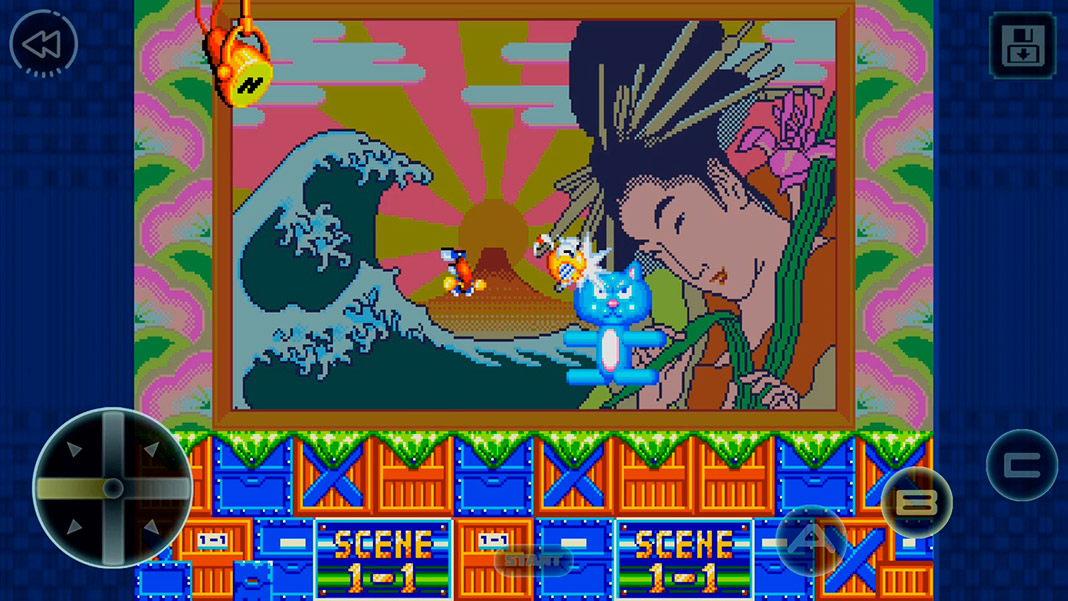 Dynamite Headdy shines right from the get-go with its extensive introduction. Before long, you’ll be running and learning how to shoot your character in eight different directions. Here, jumping will do you no good in killing your enemies; you have to hit them with your only weapon — your noggin. You’ll have to use your head (literally) to reach platforms that you wouldn’t otherwise be able to reach and that will also give you multiple surprises when you discover its 17 different powerups. That said, some of them aren’t exactly pleasant. 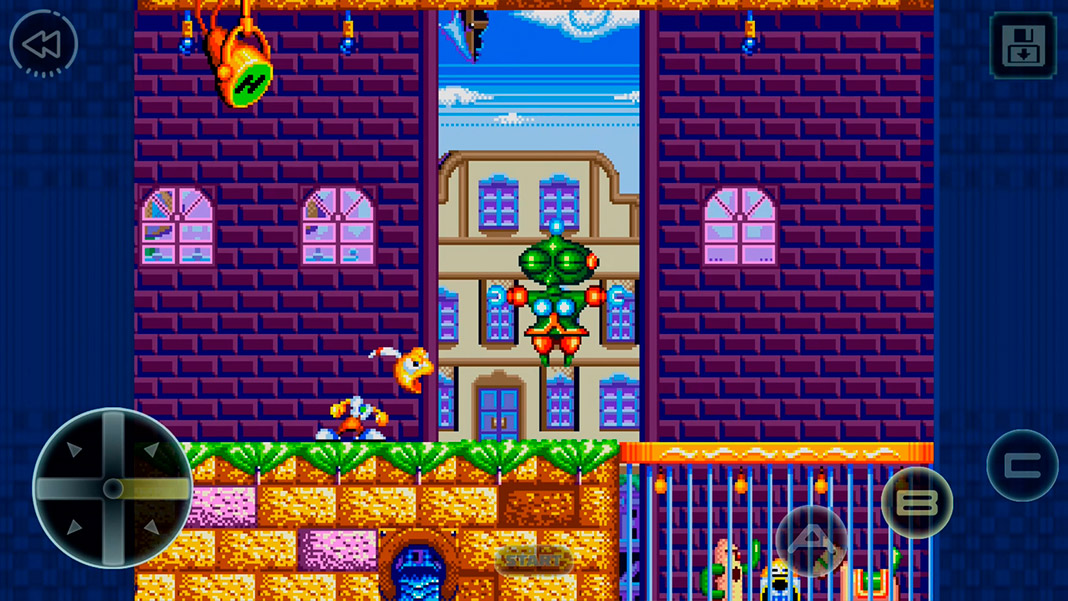 But Dynamite Headdy shines even more thanks to its dreamy visuals and outstanding development: you’ll find yourself faced continuously with a sort of mini final bosses that serve as an appetizer for the fantastic battles with the actual final boss of the levels. The diversity of these is as vast as the method you have to use to defeat them. Spoiler alert: it’s not going to be easy. You’re going to need a good handle on controlling your character before you’re successful. This is where our enthusiasm stops in terms of this version available on mobile devices.

We can’t say a word against a classic like Dynamite Headdy. It’s an imaginative work like no other, packed with classic moments and the Treasure seal of approval. We’re talking about (in this writer’s humble opinion) one of the most charismatic games in the history of the medium. However, we can’t so strongly defend a port of these features. The game is very enjoyable, obviously (how could it not be). But SEGA has once again tripped on the same stone as always: the titles emulated in SEGA Forever for mobile devices have pretty bad controls. And in a game like Dynamite Headdy, this means continuous death and frustration. It’s a real shame. 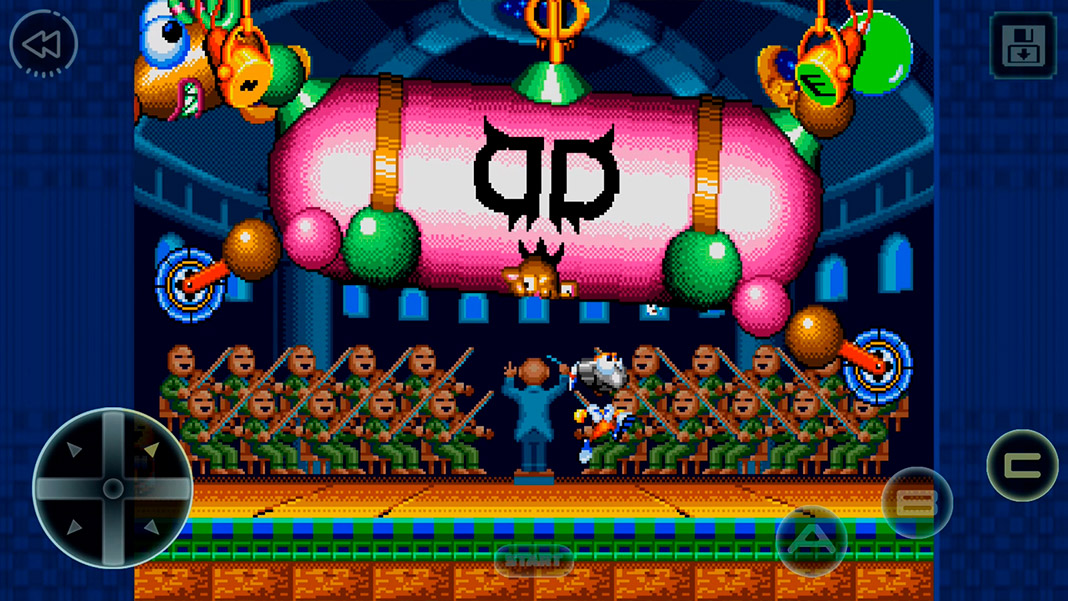 If you’re still left with an appetite for more SEGA nostalgia, here are the rest of the free SEGA Forever games that are available.