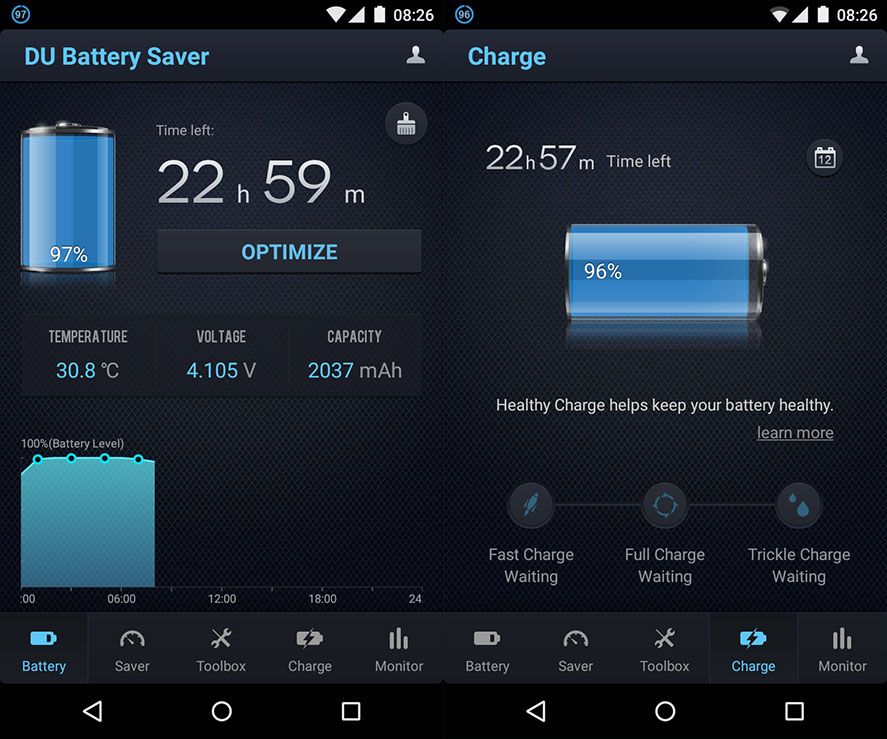 There are hundreds—no, thousands—of Android apps that supposedly increase the duration of your battery life. DU Battery Saver is one of the most famous tools among them, offering a huge number of options to kill background processes, create custom saver modes, save battery via a special loading system and monitor various aspects related to the device’s performance. But how well does any of this work?

The process is not rocket science, and most of the actions the app does can be done from the utilities included by default on the Android system. Saving your battery is not a matter of doing arcane spells and secret rituals, but simply detecting which elements use the most energy even when they’re running in the background. DU Battery Saver can be a bit opaque as it has TOO MANY options and setup sections, and also integrates some rather shady recommendations to install third-party apps (the developers have gotta eat, apparently), but it’s still true that what it does, it does very well. Well to start, once you run it you’ll find a widget that stays permanently visible in the notifications bar, where you’ll see the remaining battery percentage alongside your device’s temperature and an approximate calculation of the remaining time left before shutdown. The most basic function of the app is a one-click analysis that automatically closes background services and apps. Beyond that, the full array of options is quite large. Every time you do an optimization analysis you’ll get virtual coins, and you can also get them by downloading the apps recommended from the Tools section. This means you can get many of the features from the paid version for free, saving you $/€2.99 by cashing in your virtual coins in the app. Some of the things you can get are an automatic cleaning system for when the device is locked, an automatic analysis scheduler, as well as several options to save energy when the screen is locked or the device is switched off. Epilogue: DU Battery Saver is not a magic app that offers miraculous results: it limits itself to offering a set of tools in a single interface that, used properly, can add a few minutes to your battery life if you take the time to set up the saver modes and assiduously check the optimizer in case you’ve left any cheeky apps running in the background. The ideal complement to it is its sister app DU Speed Booster to get rid of trash files—although for that you could also use uBooster, the house brand!