A lot has happened since Doodle Jump first appeared in 2009. The game from Lima Sky became one of the most important mobile videogames thanks to its extreme simplicity and adequate use of the accelerometer. Fast forward nine years, and our friend Doodler is now back in 3D with Doodle Jump Galaxy. Although the game is still in Beta, you can download it from Uptodown right now without any geographic restrictions. 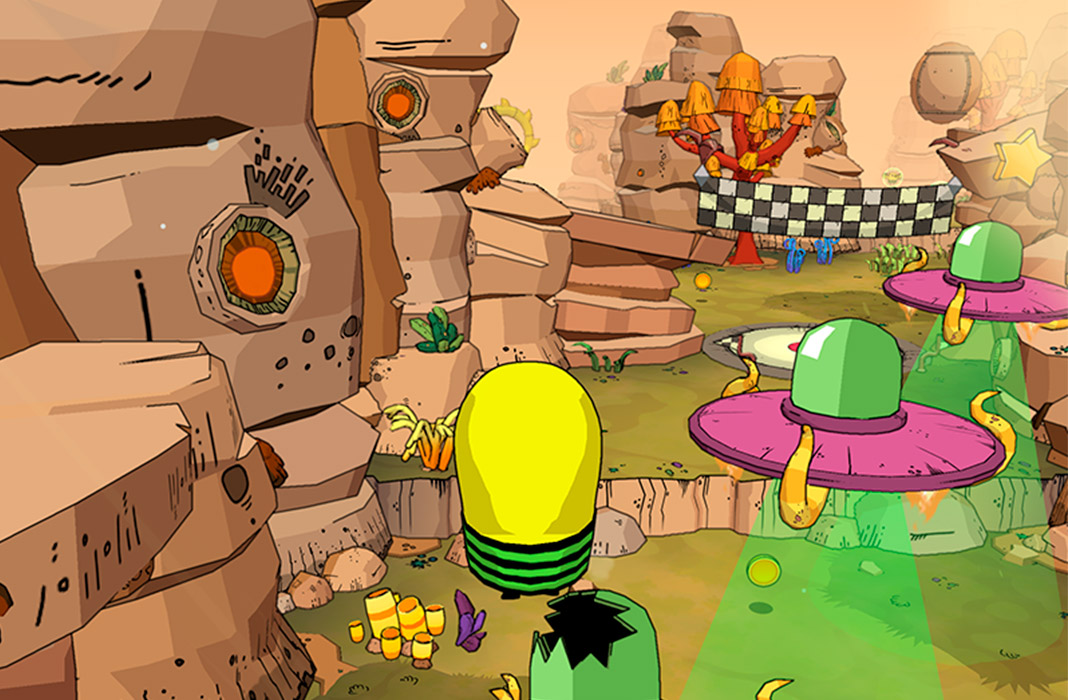 There are few videogames that have made history in the mobile world. We all know the classic Snake that we played on the first Nokia cellphones, all the versions that have appeared from the Angry Birds franchise, and Doodle Jump, the game where you have to jump your way through endless screens. The case of Doodle Jump is interesting given that it started its journey on iOS as a paid game and is currently the third best selling game in history. On Android, the numbers are also very high, although not quite reaching the same level that we’ve seen on Apple devices, especially with the heavy load of ads that we have to trudge through in its free version. However, although the iOS version of the original came first, Android users are first in line this time to try Doodle Jump Galaxy. 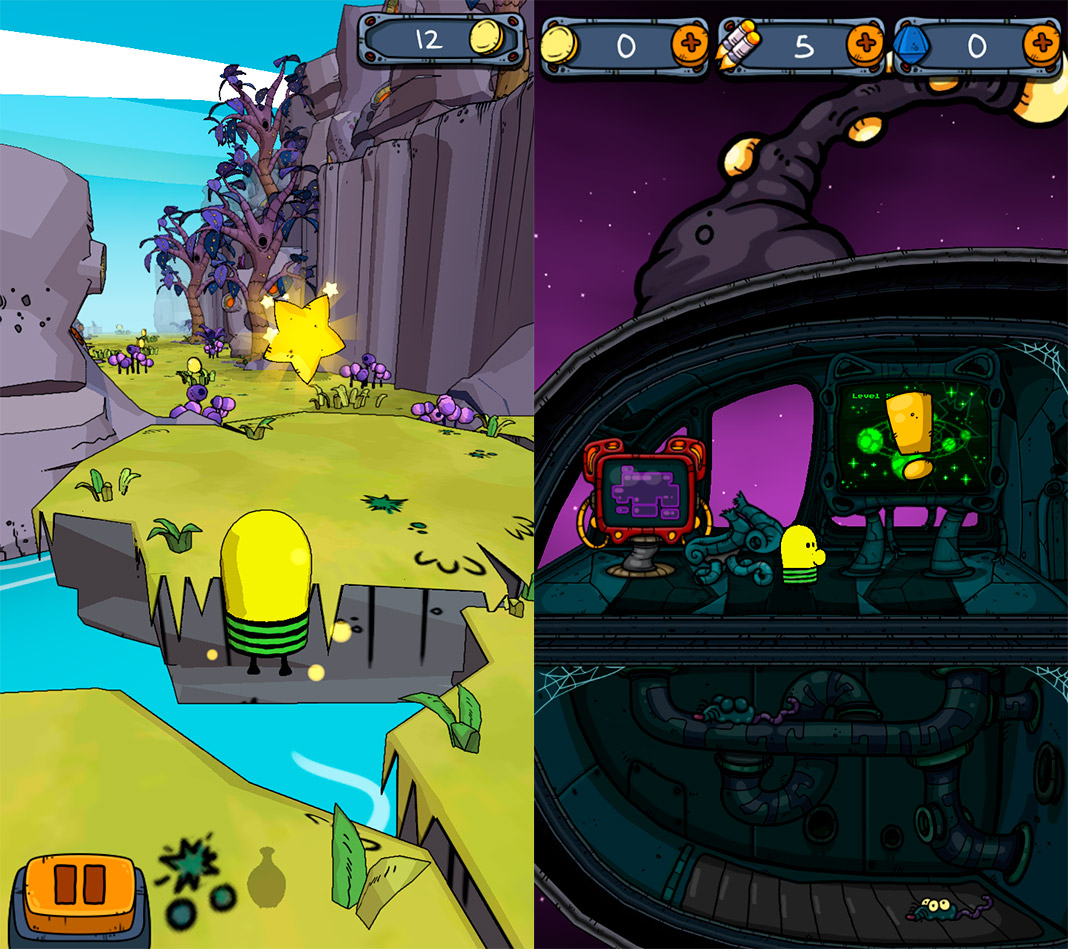 Three dimensions look good on Doodle Jump, given that the gameplay is maintained intact: you have to move your device left and right to make your character move in either direction. You’ll have to avoid obstacles and collect different resources to continue advancing. But there’s one big difference with the original game: this title is divided into levels with a beginning and an end. This doesn’t mean that you won’t have to replay the levels in order to discover all the secrets they hide. In fact, this is key to continue unlocking new screens to keep advancing. 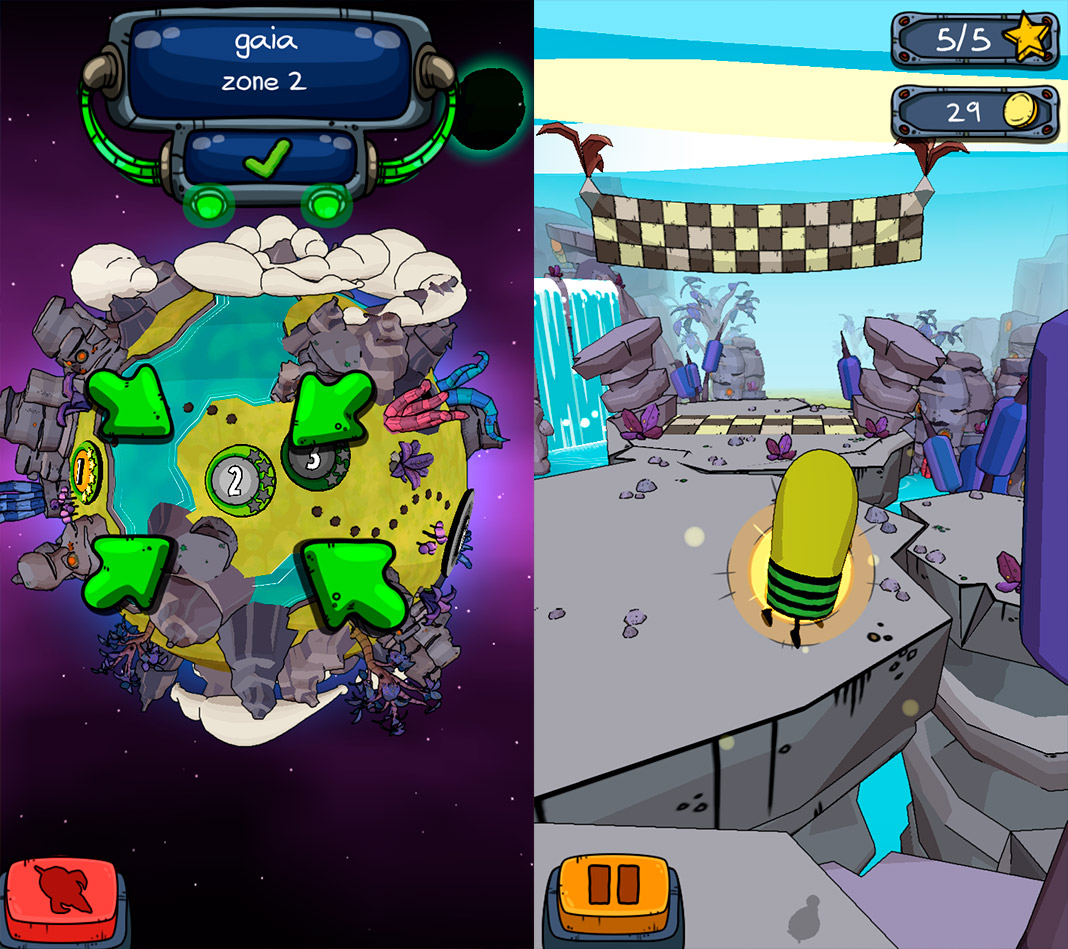 This 3D version of the legendary game isn’t bad at all. That said, Doodle Jump Galaxy doesn’t quite have the same spark as the original. The controls are a little less accurate and we lose the possibility to play without any limits or endings, although this could change in the future versions; after all, it is still in beta. The good thing is that it’s totally functional and this new version amazes us with tons of color and 3D graphics.