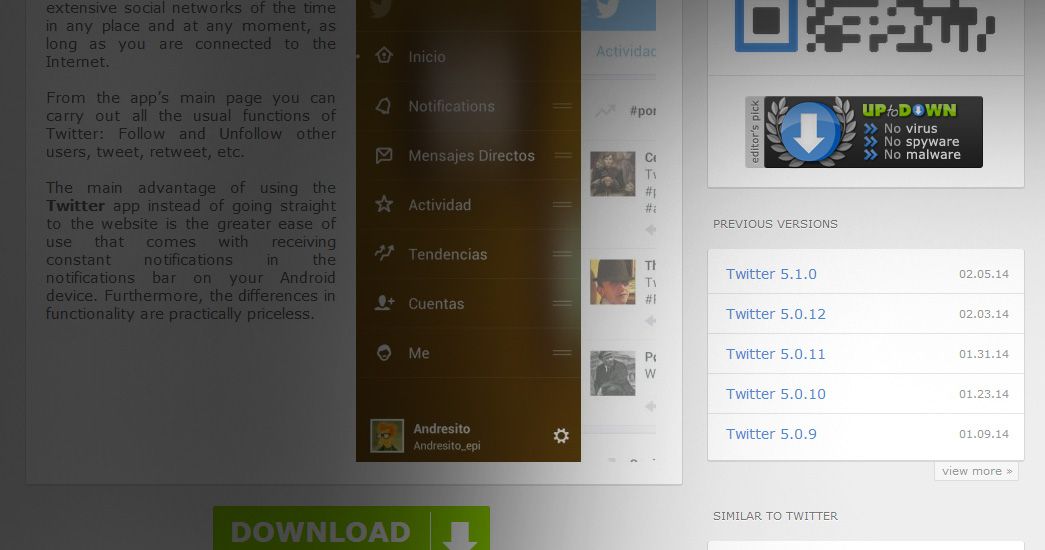 The Twitter interface is constantly being updated to adapt to market trends. While it’s true that some changes and new features are welcome, not all users are happy with every new update, whether because it takes the app further away from their needs, doesn’t work as well as it should, or they simply don’t like it. If this is the case for you, on Uptodown we have a repository of previous versions of Twitter for Android in APK format.

For the web version of the client it’s more complicated to reverse the changes, and your only out is really to use an alternative client. Look no further than the recent arrival of a new update that makes the desktop Twitter client look more like the tablet version, and seems to be just the start of a complete transformation of Twitter, with the timeline made up of a system of cards. Do we really want that?

Luckily, Android offers the possibility of choosing which version of the app you want to install. You just have to download the desired version in APK format and install it, having alreading activated the option to allow the installation of apps from outside Google Play in the settings menu. In our Android app catalogue here on Uptodown we include all the previous versions of each program precisely for this reason. In the file for a particular program (in this case that of Twitter for Android), there’s a section with previous versions in the right column, where you can select which one you want to download.