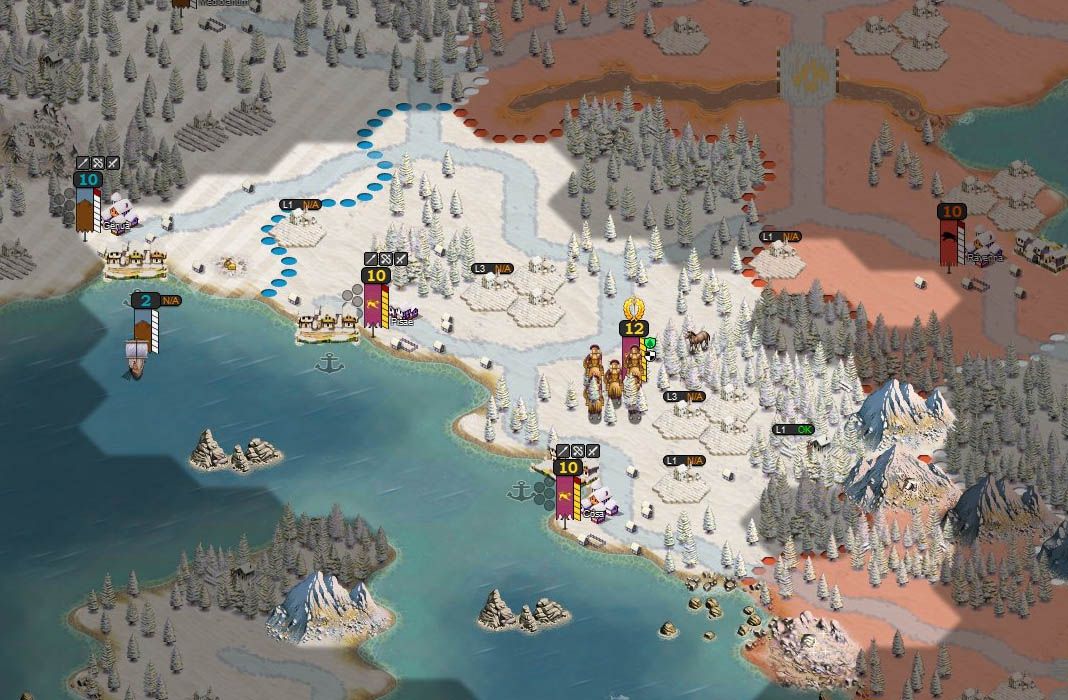 The 4X strategy genre (exploration, expansion, exploitation, and extermination) doesn’t have many truly interesting representatives on Android. That’s why we’re so excited to get Demise of Nations from the studio Noble Master LLC, who also made the brilliant Age of Conquest IV. In its new game, released simultaneously on several platforms, the references to the Civilization saga are more than evident, with a system of turns on a hexagonal gridded gameboard where you’ve got to interact with other civilizations while making your own prosper. 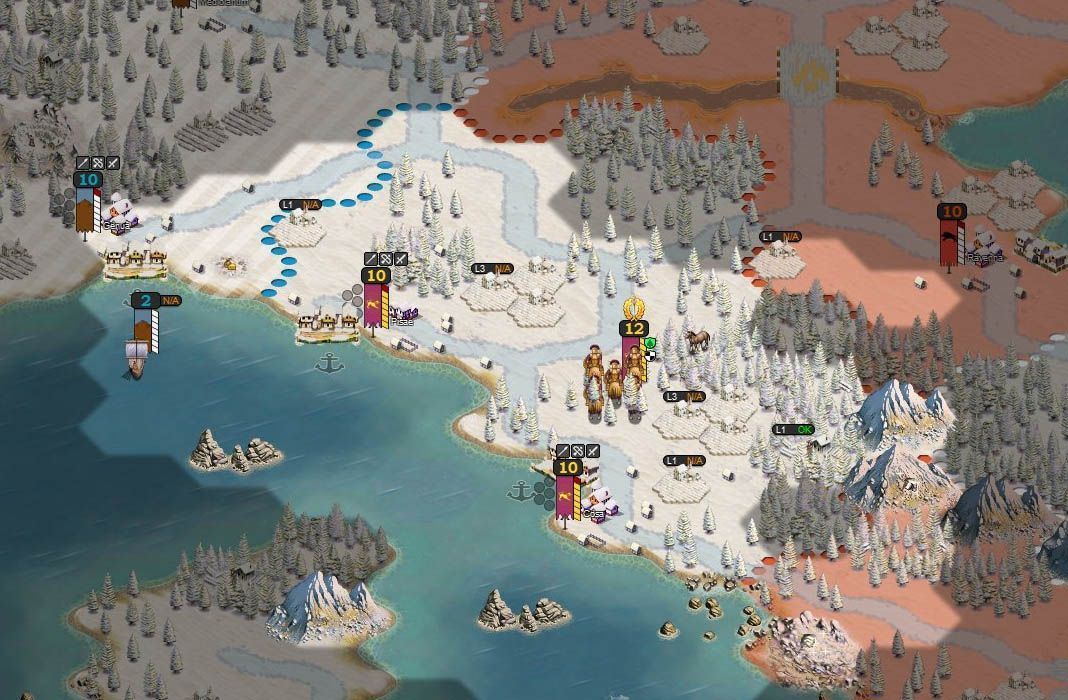 There are two basic elements to keep in mind when you want to take a game like this to a market that’s as tricky for this genre as Android is: the ease of browsing its menus and the accessibility of the business model. In terms of the first thing, the game looks surprisingly good considering it was clearly initially designed as a game for PC. In fact, on the official webpage you can download the client for Windows, Mac, and Linux as well as Android and iOS. Its perspective is the same as that of the first entries in the saga from Sid Meier and other clones and tributes like Freeciv, with 2D sprites obviously included in the pack. 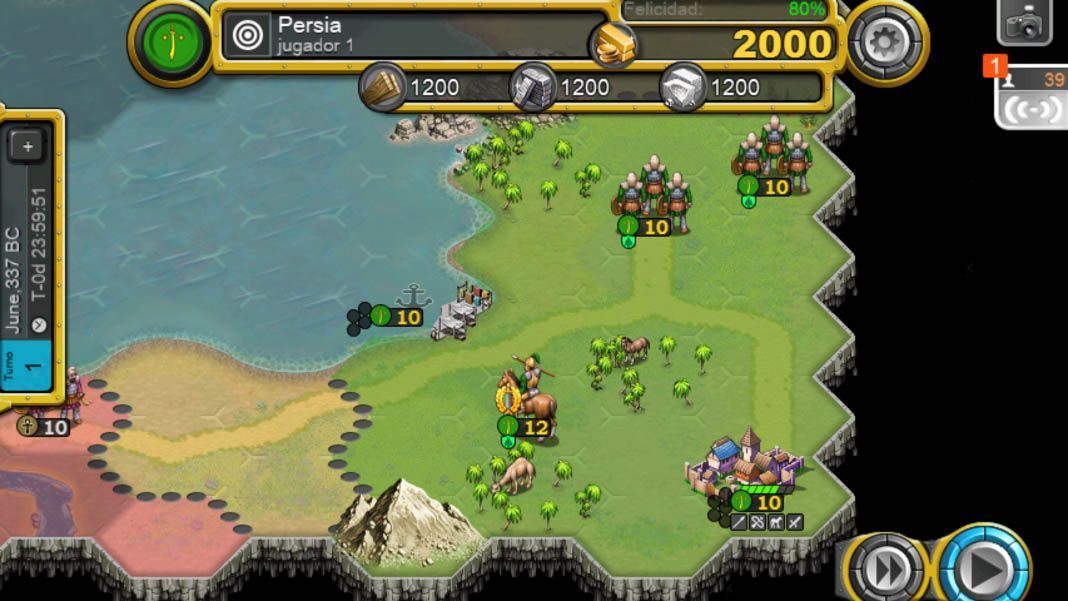 That said, where Demise of Nations really wins a lot is in its monetization system, based exclusively on acquiring new maps to play your games on. There’s no limit whatsoever when picking one of the 20 available civilizations – each with its own special units, strengths, and weaknesses, although in the later stages of the game most of the buildings and evolutions are standardized. In terms of game modes, there’s all you could ask for and more, from the classic “Supremacy” where you have to conquer as much of the map as possible, to “Annihilation” where only one faction can be left standing, on through oddities like the “Defense” mode where one band has to survive another’s attacks through a set number of turns. 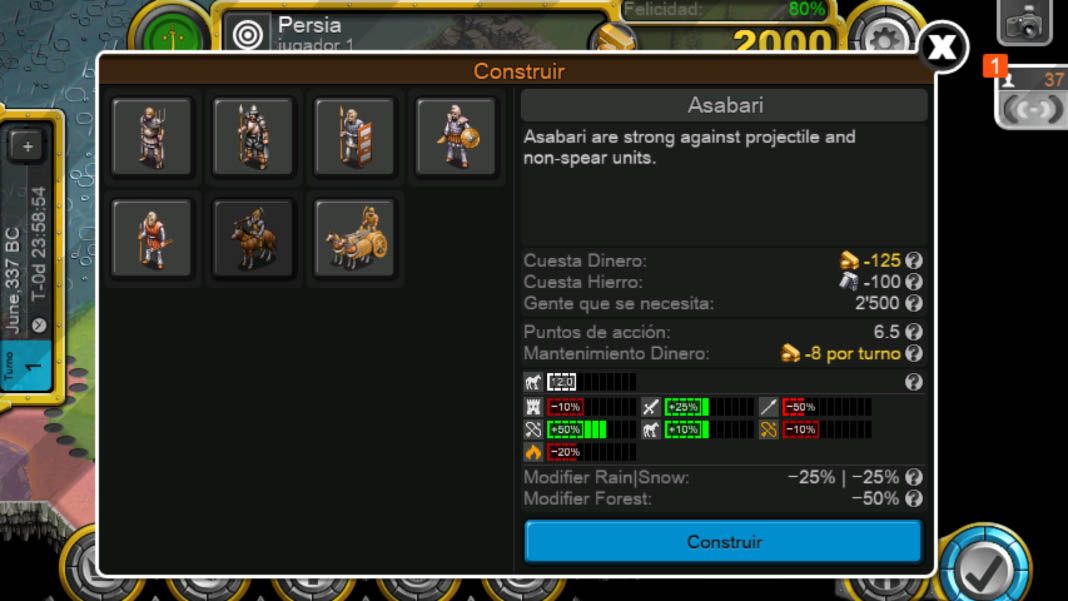 Where you’ll really want to fork out money is in selecting game maps, as by default only one is included – the one with the territory of Old Europe from 337 BC to 337 AD. People familiar with this genre will know firsthand that one map can offer many, many rounds considering all the different strategies one can take and the various factions one can choose. Besides this, as it’s an open development project, you can also buy any of an array of mods in the in-game shop, allowing you to do things like create your own maps or create more detailed custom avatars than the ones you can pick by default. To give you an idea, the pack with all the features costs €/$20, or €/$3-4 each for an individual mod or map. Still, there’s a game currency that lets you get some of this stuff by winning rounds and logging on every day. 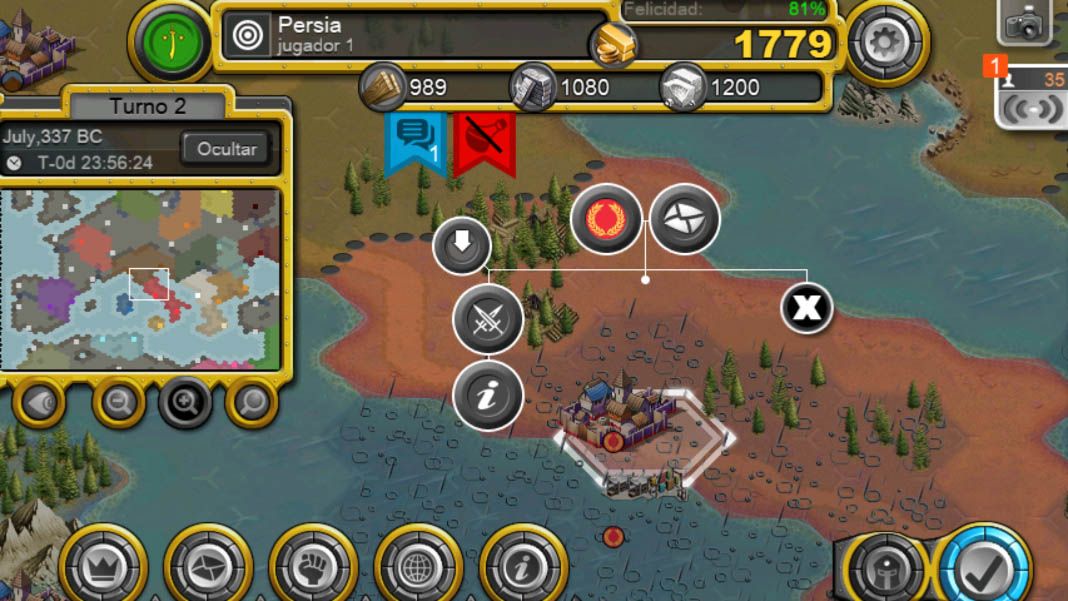 In terms of the game system, you should get the hang of the controls in just a few minutes if you already know the genre, but two tutorials are included that explain the basic concepts. The game plays out in turns that happen in unison, except that once all the pending tasks are done at once you can tap a fast-forward button where you’ll see the results of each decision. You can conquer territories and develop troops on them, plus extract raw materials from the special boxes found in your territory. Beyond that, you’ve got the inevitable investigation tree, the steps to improve your civilization and even aspects as interesting as a system of diplomacy. The AI in the game is more than worthy on higher-level devices, though there is also an option to play multiplayer parties online.

Demise of Nations is one of those games that the Android ecosystem needs so badly, and even more so in a genre with few truly relevant titles of the caliber of The Battle of Polytopia or A Planet of Mine, with which it also shares similarities in terms of using a business model not based on the annoying tropes of freemium games.