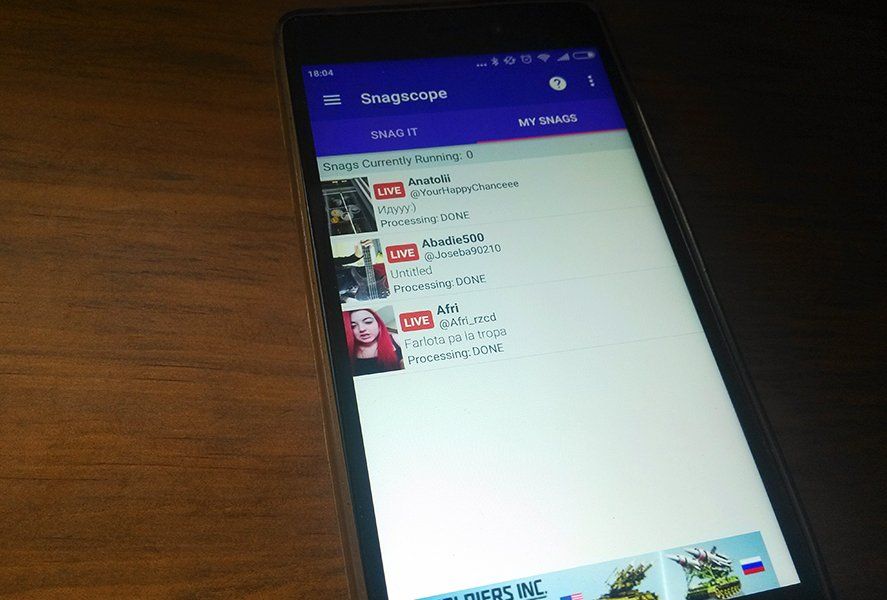 The cool thing about live videocasting apps like Periscope is that they offer what’s generally very free and improvised content in real time. These live videos are often unrepeatable and often I’m left kicking myself afterward for not saving them. Now that’s both possible and easy thanks to Snagscope, a free Android tool to download all the live videocasts you fancy. 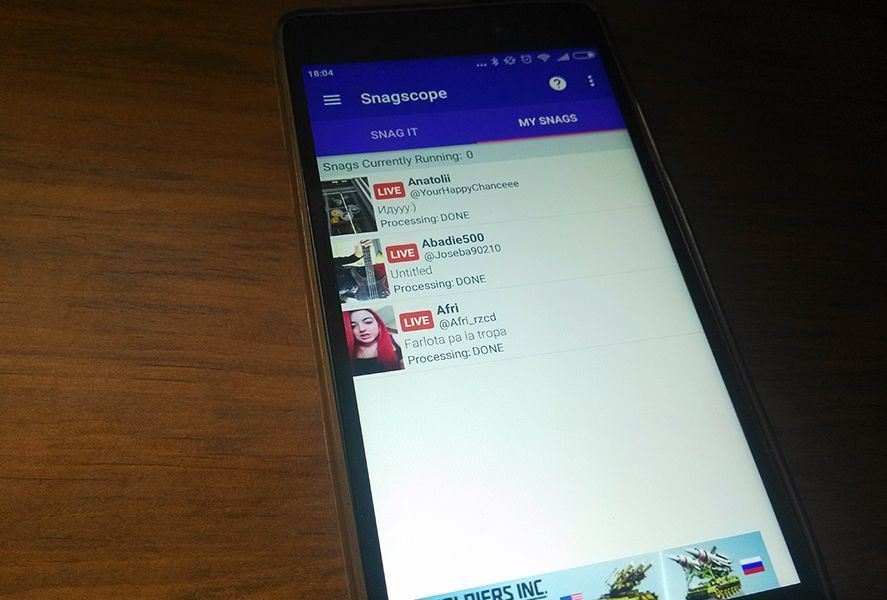 Snagscope is one of those apps that does just one thing, but that one thing is terrific. Under its simple and slightly old-school appearance there’s a fantastic tool to save disappearing live content so you can revisit it in the future. The way it works couldn’t be simpler: just copy the URL for the Periscope broadcast and paste it on the main screen. In the “My snags” tab you’ll get the live video and from there can choose to record the broadcast, when to stop it, and when to resume it. Piece of cake. 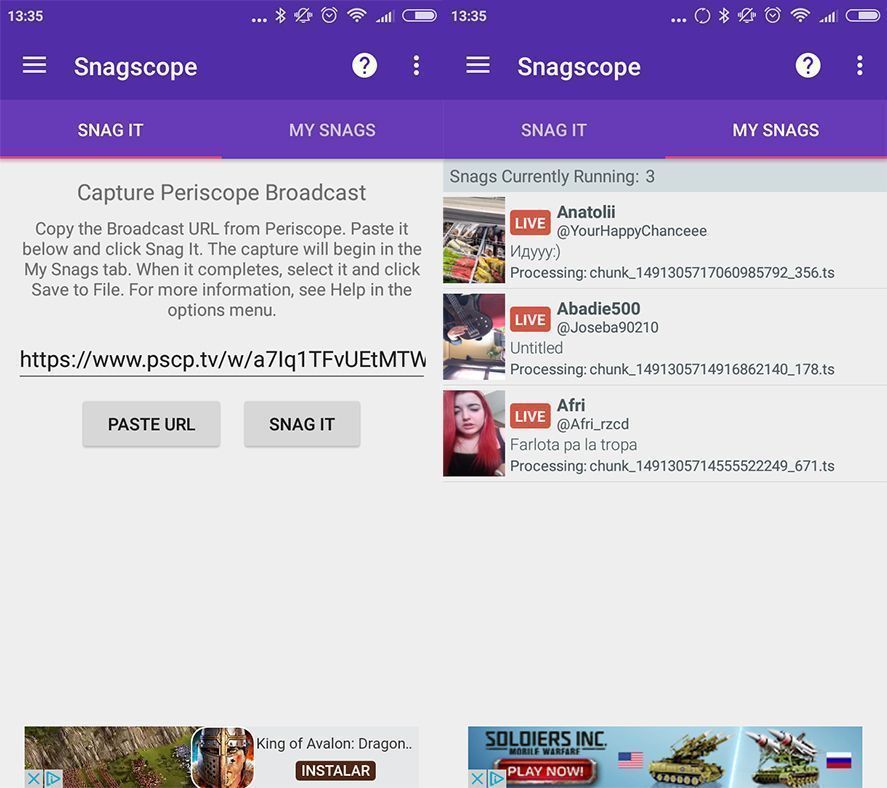 Best of all is that you can download several live streams at once, which is super useful if you don’t want to miss any content from streamers you like but can’t watch at the moment of the cast. All the content automatically gets downloaded in MP4, but the app itself lets you change the output format to MPEG-TS if the download speed is lagging. Plus if you’re not happy with your downloaded videos you can erase them all with a single stroke if desired. 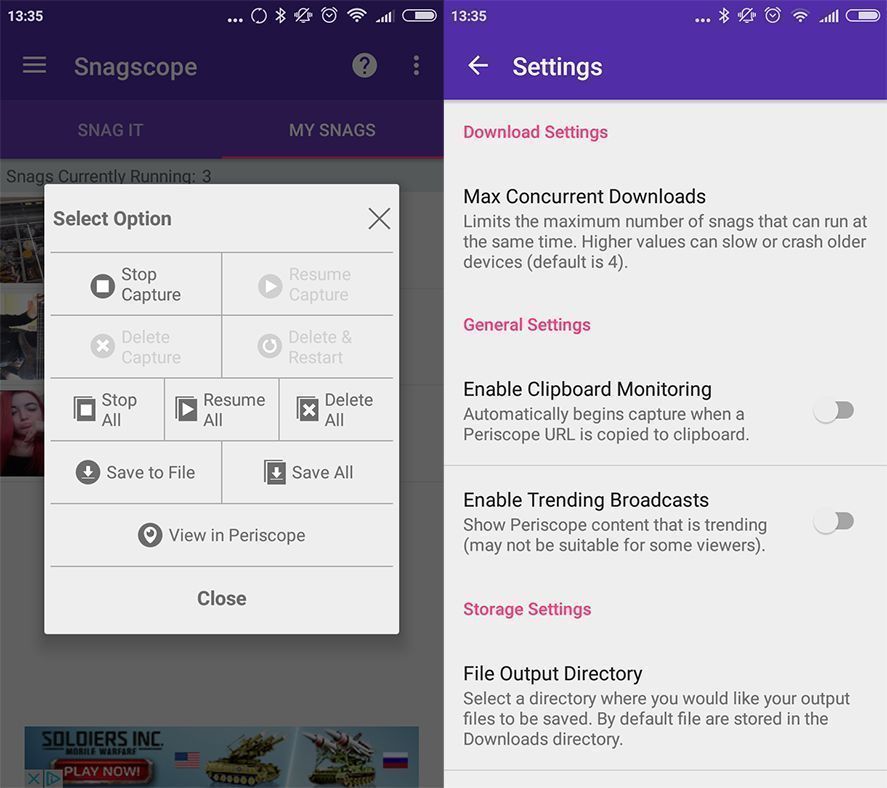 Snagscope is an Android app that should prove tremendously useful if you like Periscope and don’t want to miss out on anything. Its ease of use is its greatest virtue. Though don’t forget that you’ll also need the Periscope app to copy the link – and that Snagscope only works for live videos that are public, as private Periscope casts don’t have a URL to share.