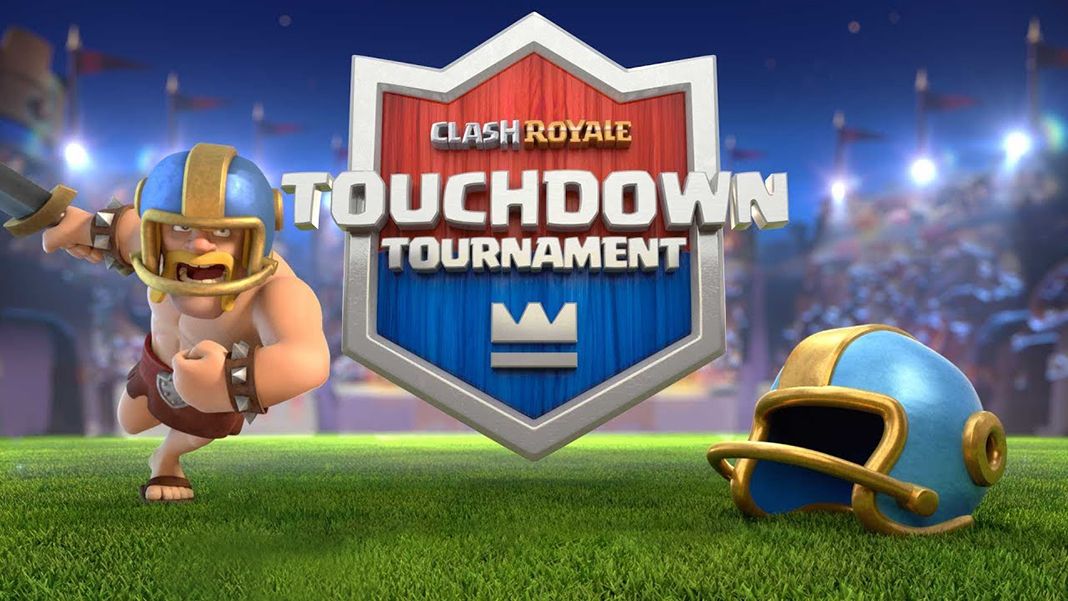 October was one of the most important months in the history of Clash Royale, bringing a number of changes and new features like the addition of Epic Missions. The new version of Clash Royale includes a highly anticipated new mode: Touchdown mode. It completely changes the experience of Supercell’s hit title, and after extensive testing, we have created a list of tips to dominate Clash Royale’s Touchdown mode. 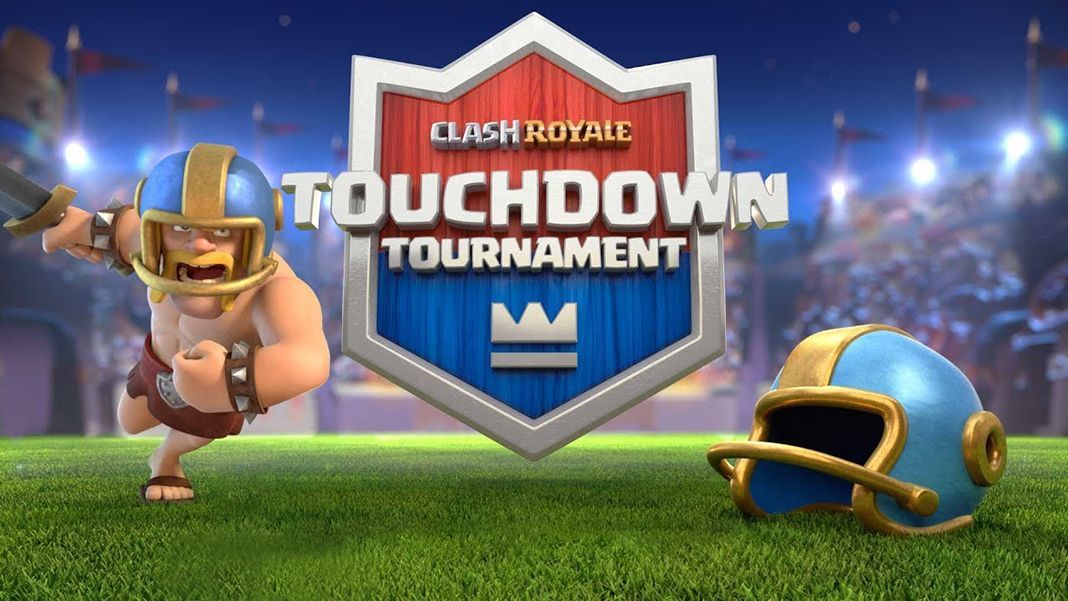 Make a balanced deck for the mode

Let’s start with the most obvious: when it comes to selecting our cards, it can be challenging to draft your composition at the start of each match. As a result it’s fundamental to choose the ideal cards for this game mode, something completely different from previous game modes. It might seem cliche, but it’s essential that you don’t fill your deck with high cost cards, and that you don’t forget to include a few buildings and towers. This advice is nothing new, but you have to keep it in mind when moving into Touchdown mode.

The power of Hog Riders

When talking about the new Touchdown game mode, it’s worth mentioning that Hog Riders were not going to be included. It seems that Supercell has changed their minds, and Hog Riders have made their way into the final version. It’s not yet clear whether or not this was a wise decision, but it’s probably the most powerful card in the new game mode. Of course it can be stopped by buildings or other units, but it’s nearly unstoppable in counterattacks. If you are able to draft it, do so without hesitation.

Without towers or a castle, the use of building cards to survive units that don’t target other units is critical. Although we can surround these units with hundreds of little creatures, that’s not always going to be the most effective way to stop them. It never hurts to keep a tower in your hand to provide a last minute save as one of these units nears our line, gaining valuable time to pull out a victory.

Pay attention to units that sprout other units

Cards like the Golem, Lava Hound, or to a lesser extent the Battle Ram can be key to winning each match. Their high HP is reason enough to celebrate or fear them, depending on whose hand they’re in, but one of their greatest strengths in this game mode is their ability to transform into many units at once. This can be dangerous when they are close to the victory line and explode, with at least one unit likely ending up directly onto the other side of the line. 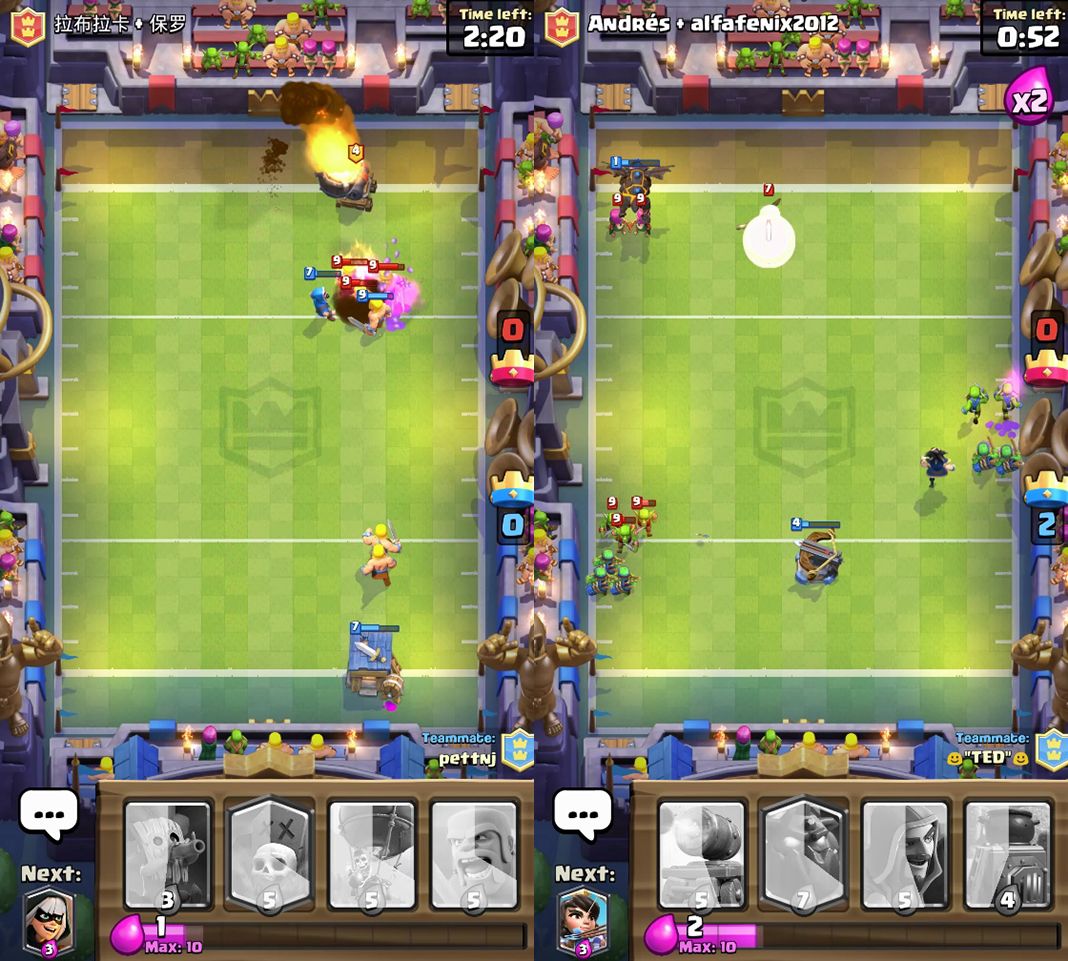 Spells are more important than ever

Spells have always been cards that can single-handedly win a match if used in the right moment, but in Touchdown mode that power is tenfold, since launching a timely spell can win you points. You will rejoice, or lament, when well placed spells hit units just as they come dangerously close to the victory line. Particularly devastating are the Ice and Lightning spells, since they can eliminate buildings or units if placed right when they are needed. Precise timing can be a decisive skill to launch your troops to victory.

Units with high speeds are very powerful in Touchdown mode, and can be compared to the running back position in Football. Elite Barbarians or the Lumberjack play an important role in the game, but even more powerful are cards that charge, like the two princes and the Battle Ram. They have the highest movement speed in the game, and can provide two functions: simply as a lone attacker to charge across the victory line, or as a way to push slow high HP units forward onto enemy lines. I’ve won several matches with a Prince or Battle Ram pushing an Ice Golem, and it’s one of my favorite strategies.

Let’s take a moment to change the subject. Although it might sound like advice from Captain Obvious, playing as a team is necessary to rise to victory. Absolutely necessary. From the start of each match, good rapport between players is extremely important to winning the game. It’s always a good idea to wait for the other person to choose their cards in order to choose complementary cards, or do the opposite and choose your cards first. Beyond that there are thousands of battle strategies that could be written in another article: don’t use high cost cards at the start, one player always keeps a building card in their hand, fill a greater part of the battle field, have one player save elixir for emergency situations … I could go on and on, but it’s better that you just check out our guide to communicating in Clash Royale. 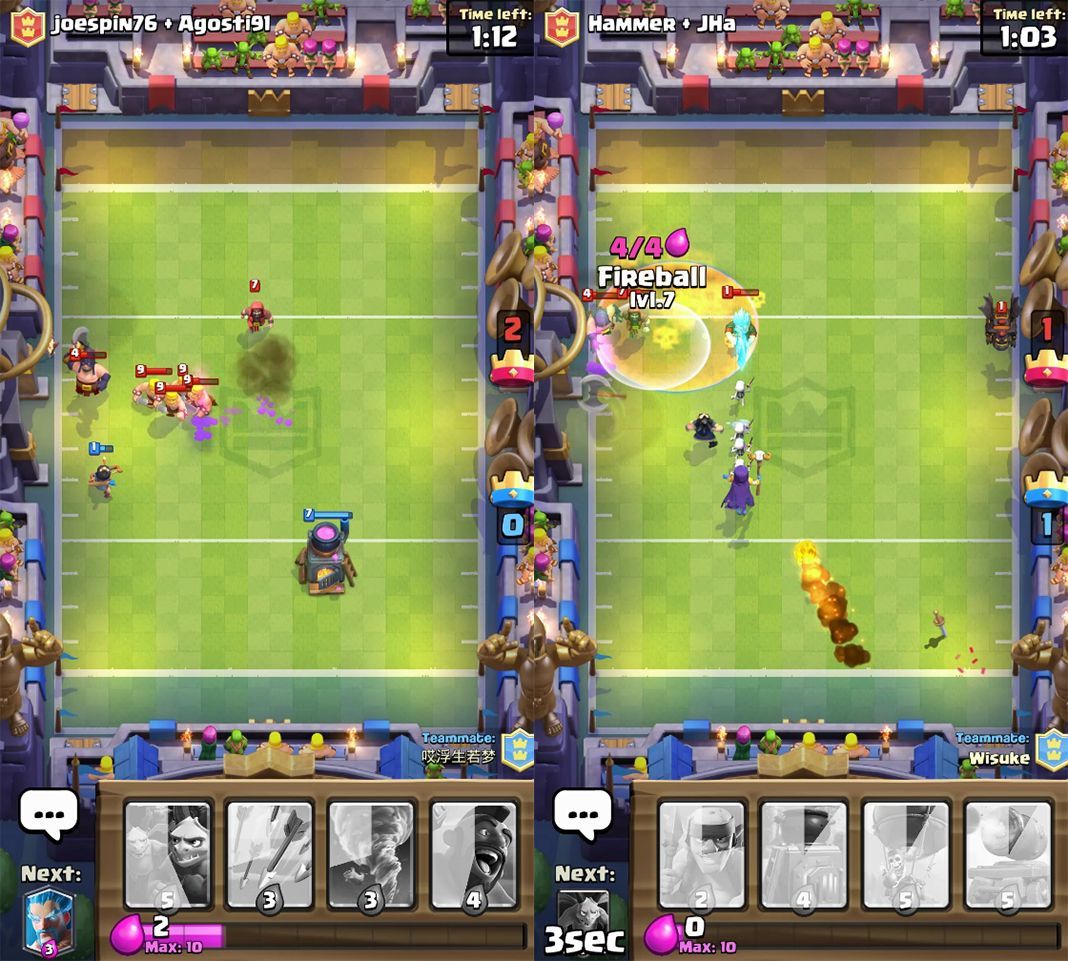