2012 was a decisive year for mobile videogames thanks to Clash of Clans. The smash hit from Supercell was, and continues to be, an enormous success that has blown way past anyone’s expectations of what a mobile videogame could do. The strategy and management in Clash of Clans created a new style of videogame that since then, has been copied more times than we can count. With this thought in mind, we’ve put together a list of the best Clash of Clans alternatives that have been released up until 2018. 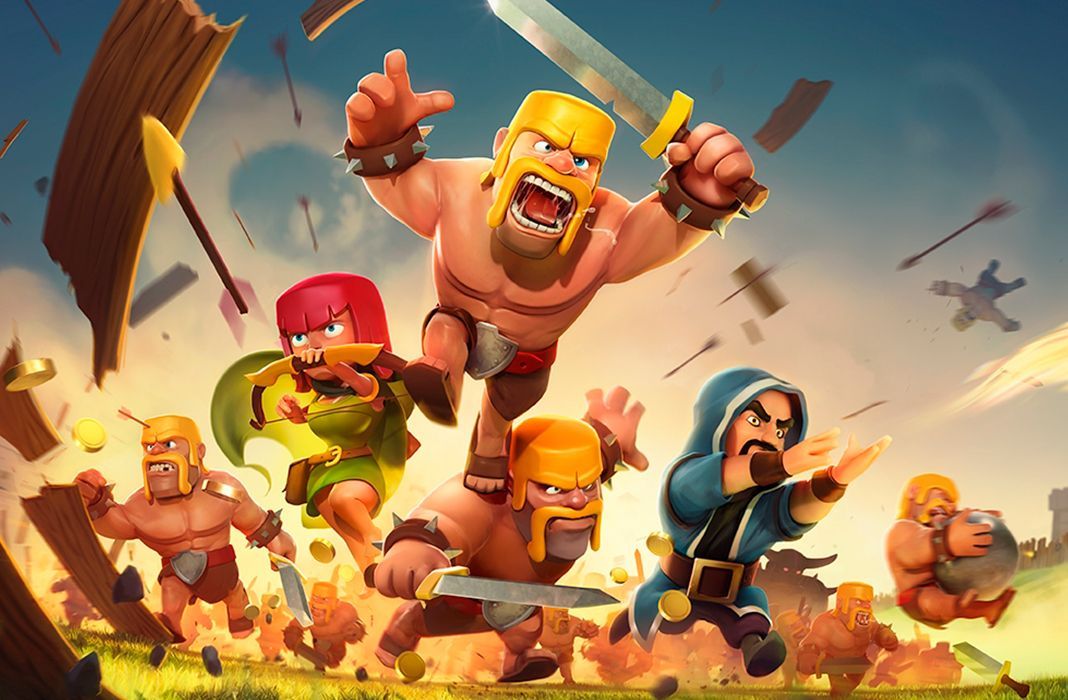 The company behind the successful Lords Mobile released an interesting title based on Clash of Clans in 2013. Nowadays, it’s just a bit behind in comparison to other similar games, but Castle Clash was one of the first games that tried to go toe-to-toe with the famous videogame from Supercell. Giving their game a bit more of a fantasy touch, we take our hats off to this game and its historical efforts. [Download] 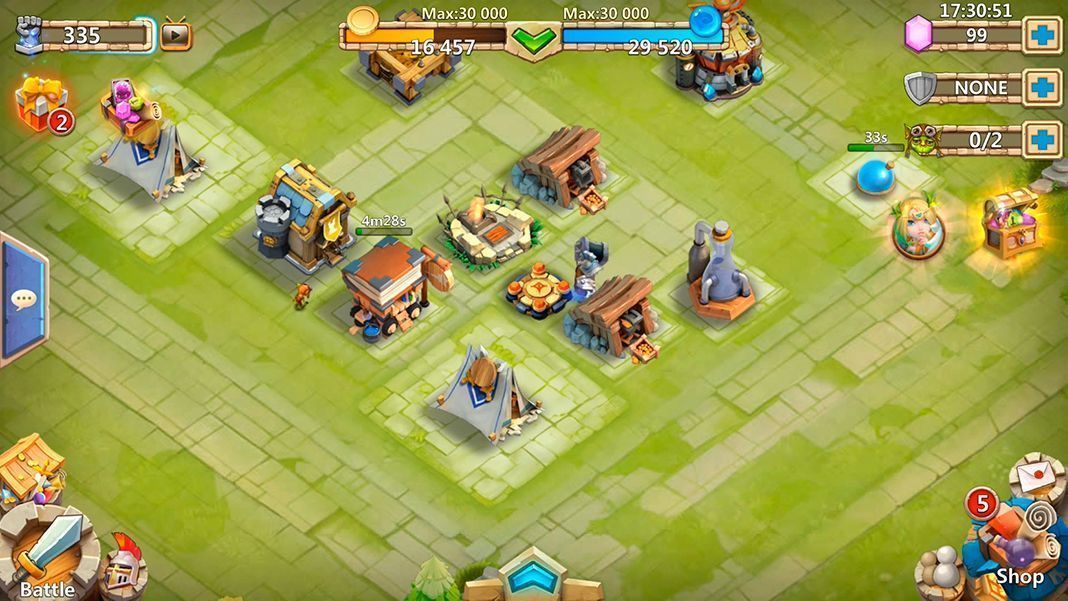 Games inspired by Clash of Clans tend to share the same game style, combining base management and attacks of enemy fortresses. But not all games of its kind have decided to stick to the same path, and Dawn of Mars is one of them. Although you still have to build your base to get resources, the aggressive part has been left out and in its place, they’ve introduced a story that works as the game’s engine. A twist that immerses us, unwittingly, in an intriguing story about the conquest of Mars. [Download] 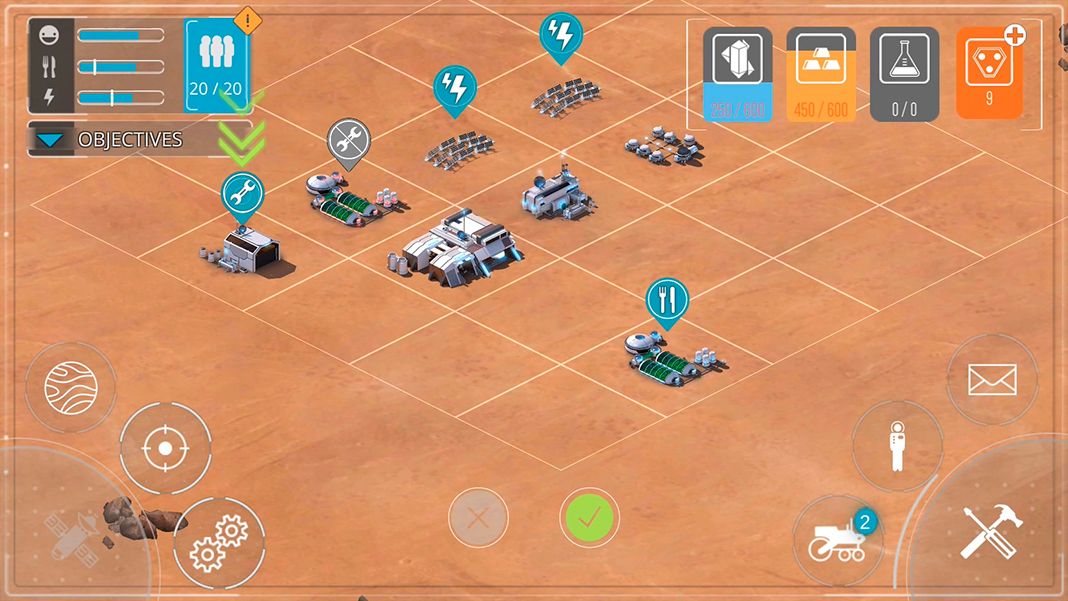 One thing that’s typical in Clash Royale clones is the change of theme to make them look like original products. In this case, we have an attractive, albeit zany, hodgepodge of Greek gods and flying ships. In terms of gameplay, the game doesn’t provide much innovation, but at least it’s a serious product that offers some really high production values. [Download] 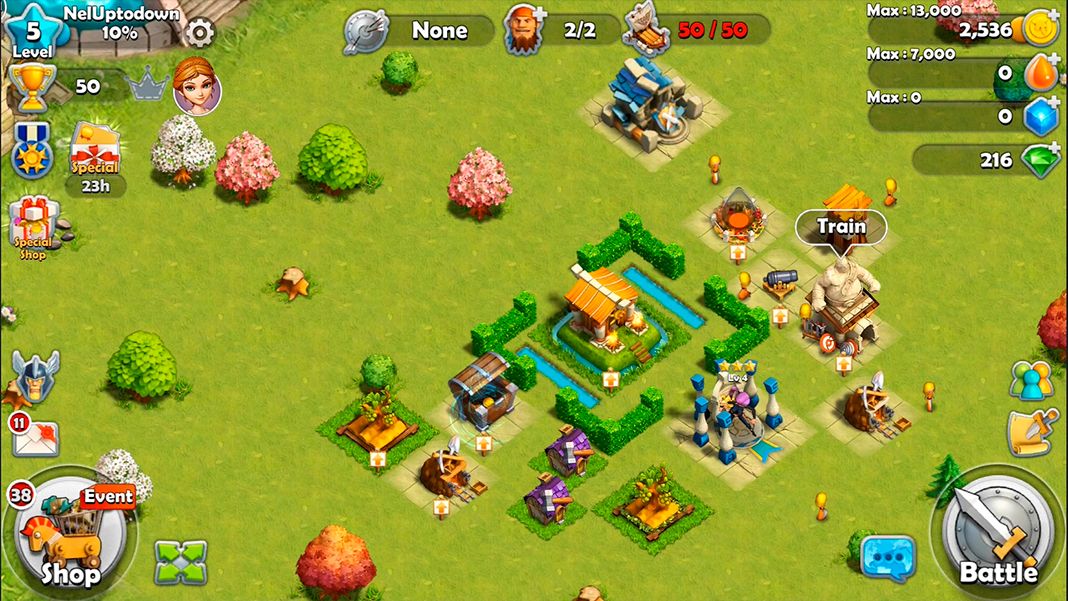 The whole world wanted to jump on the Clash of Clans bandwagon, and Activision didn’t want to miss the opportunity to put their hat in the ring. This well-known “shooter” franchise brings its world to a compact strategy game along with some original aspects imported from its own videogames: the use of special attack powers, like helicopter attacks that transport us momentarily to the FPS genre. Surprisingly, we have to admit that it works, and that the game has enough work behind it to make it more than just a simple clone that’s changed the look of the units and buildings. [Download] 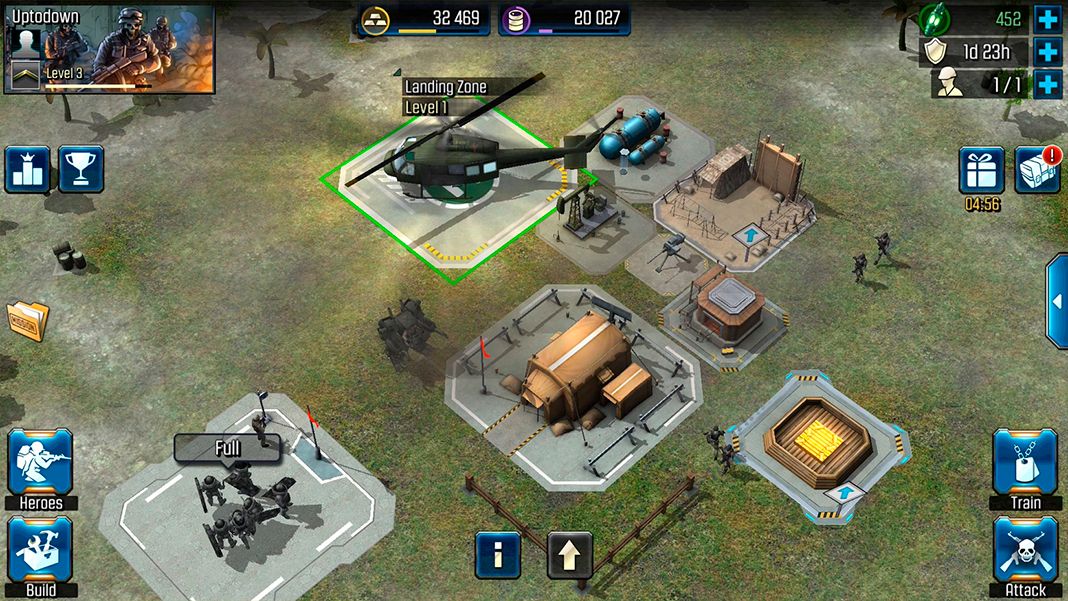 Just like what happened with Castle Clash, Jungle Heat came onto the scene in 2013 to ride the wave of Clash of Clans and see just how far it could go. The strange thing is that still today, it continues to receive new content, thanks to the continued community support of this work that brings strategy into the jungle. The game doesn’t stop there, and we can even continue to enjoy this game today with its high-res graphics thanks to a patch they have available. My.com, the company behind the game, aimed to follow in the steps of Supercell until the end of times and for that very reason, it has its own jungle-style Clash Royale. [Download] 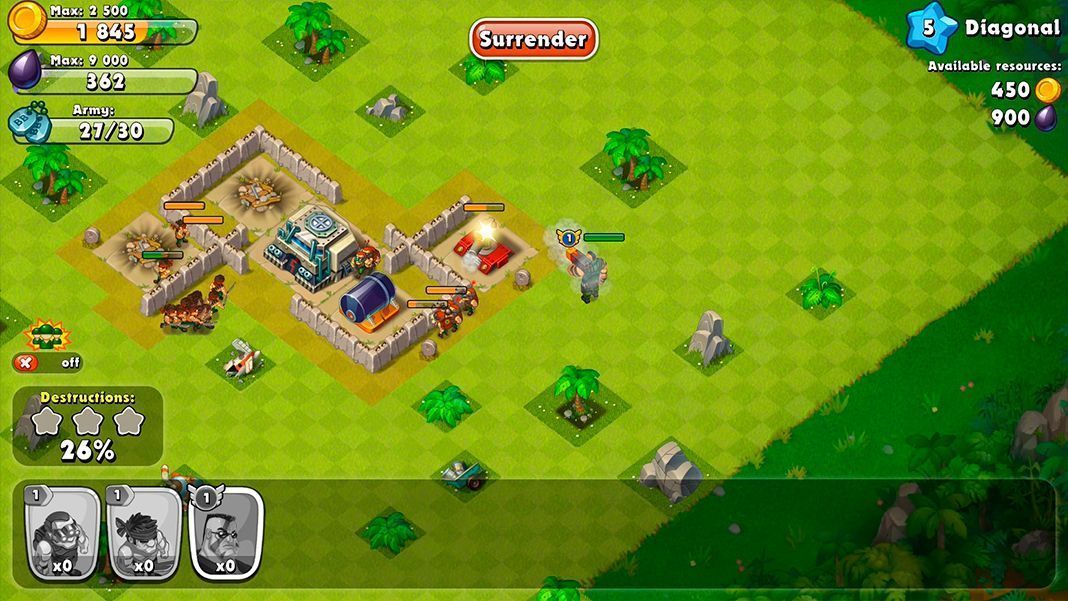 Colonizing space is your objective in this fantastic game inspired by an Atari classic from 1982. The strategy of your base remains unchanged from Clash of Clans, but the combat in Lunar Battle has been converted to battles between warships. This change brings a much needed breath of fresh air, along with its outstanding graphics and retrowave music that reminds us the latest Daft Punk album. If you want to know more about this gem, feel free to check out our gameplay video. [Download] 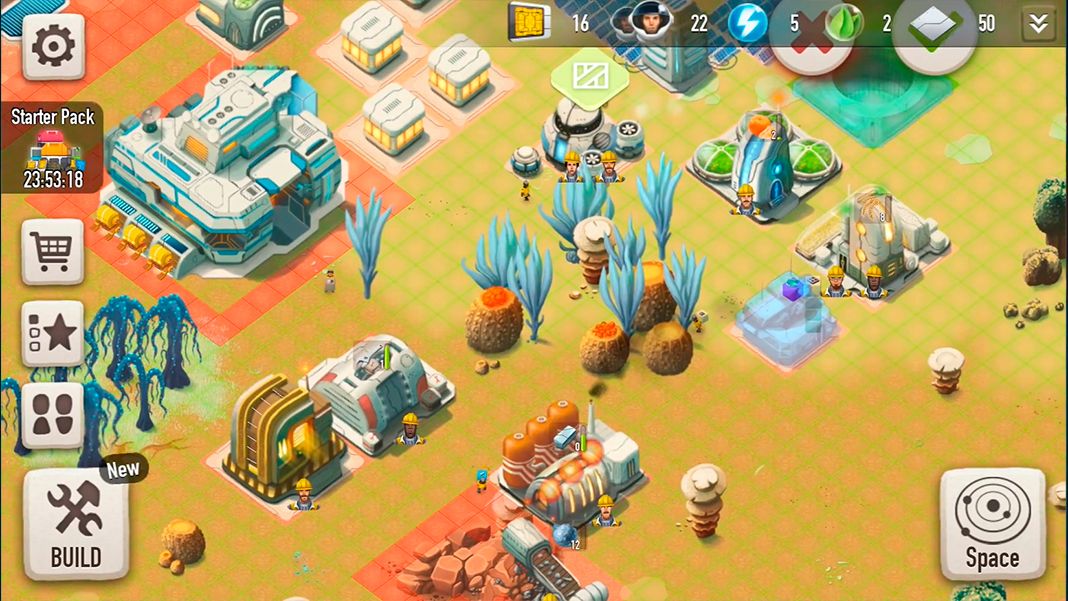 It seems like Supercell realized that everyone else was copying their game, so they decided they may as well join in. Thus, Boom Beach was born, the Clash of Clans of island combat that offers a pretty lighthearted military backdrop. It’s a bit more casual than Clash of Clans, but that just makes it much quicker to enjoy. It may not have had as much success, but it’s still a worthwhile alternative to Clash of Clans. [Download] 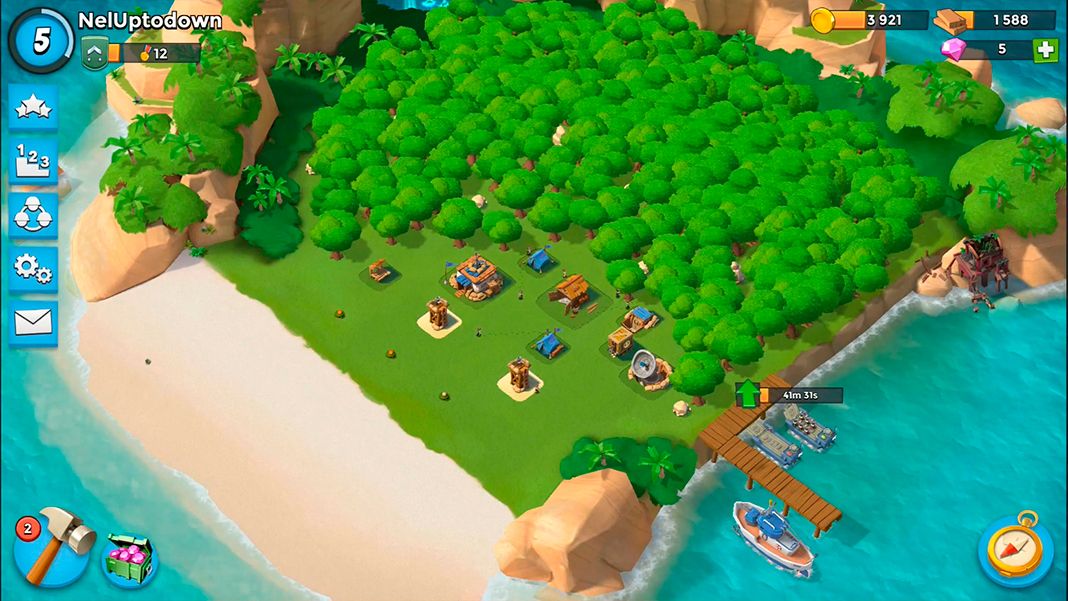 The entire world wants its piece of the pie and that even includes the Star Wars franchise. However, they didn’t just settle with changing the theme and nothing else. No, the game also offers an interesting story, iconic heroes from the franchise, character voice dubbing, and the ability to choose one of the two factions (Empire or Rebellion). It’s an excellent game where you’ll find yourself humming along with John Williams’ famous soundtrack from the moment you start playing. [Download] 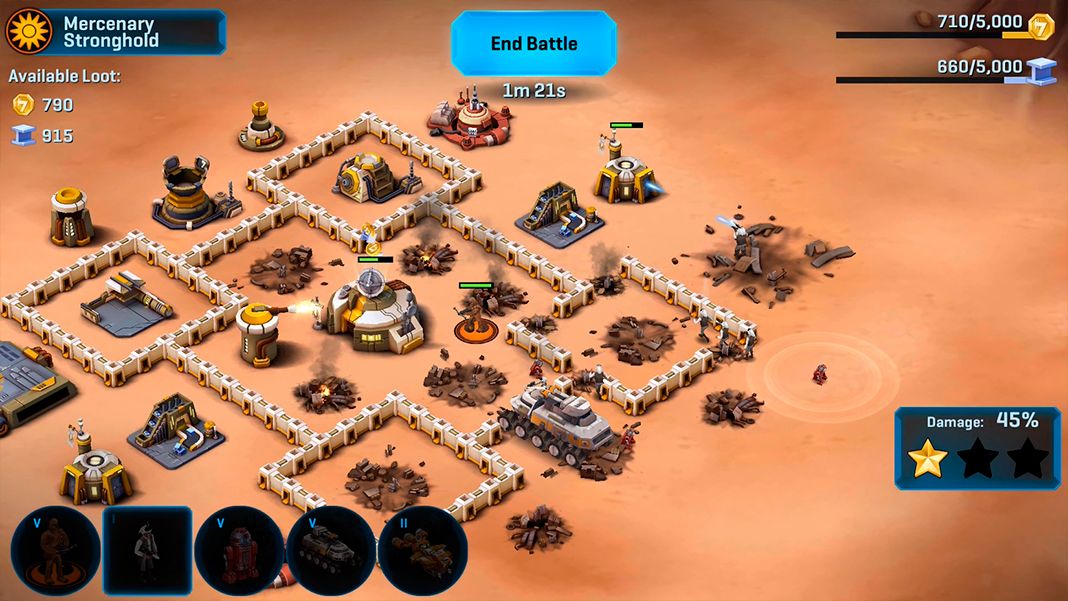 Don’t let its somewhat unattractive appearance throw you off. Forge of Empires is a very complete game that closely follows the Clash of Clans formula, but doesn’t settle with simply copying it. In this game, you have to build up your empire throughout the different ages of the world while conquering territories in campaign mode in Total War style. That said, instead of massive combats, you have to battle on grids that will make you wonder if you’ve stumbled across a videogame from Paradox. Another thing you’ll notice thanks to the development of the “tree of knowledge” that also gives the game an added depth. Although the wait times are sort of annoying, this game is definitely worth checking out thanks to its great amount of variety and detail. [Download] 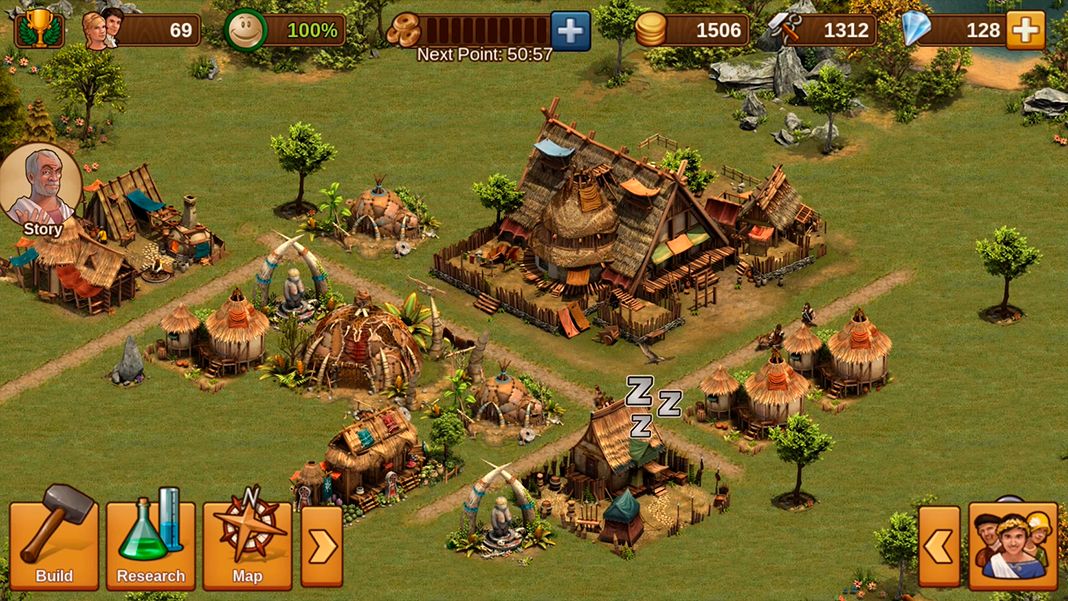 To say that this game is on the same level as Civilization may be a tad bold, but DomiNations is an incredibly interesting mix of the masterpiece from Sid Meier and concepts from Clash of Clans. In this game, you have to build an attack-proof base while collecting resources around you, not only with buildings but also with the use of your villagers who can hunt, collect fruit, and do all sorts of other things. The game is simpler than it looks at first, and this makes it an all-around noteworthy product for anyone who wants to relive the history of the world’s early civilizations. [Download] 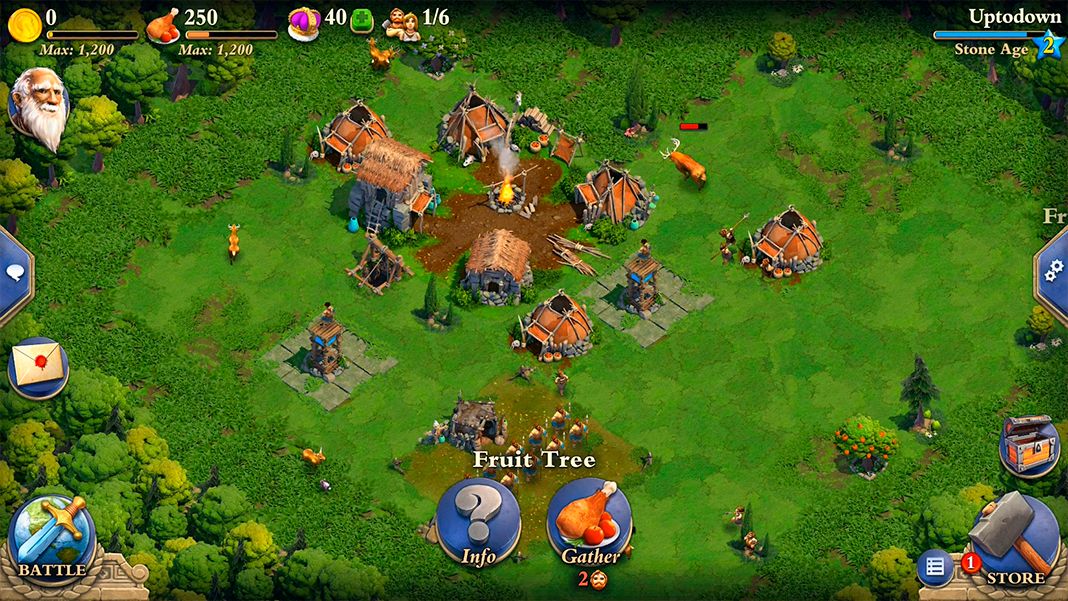 LEAK: screenshots and gameplay of the new Call of Duty for Android