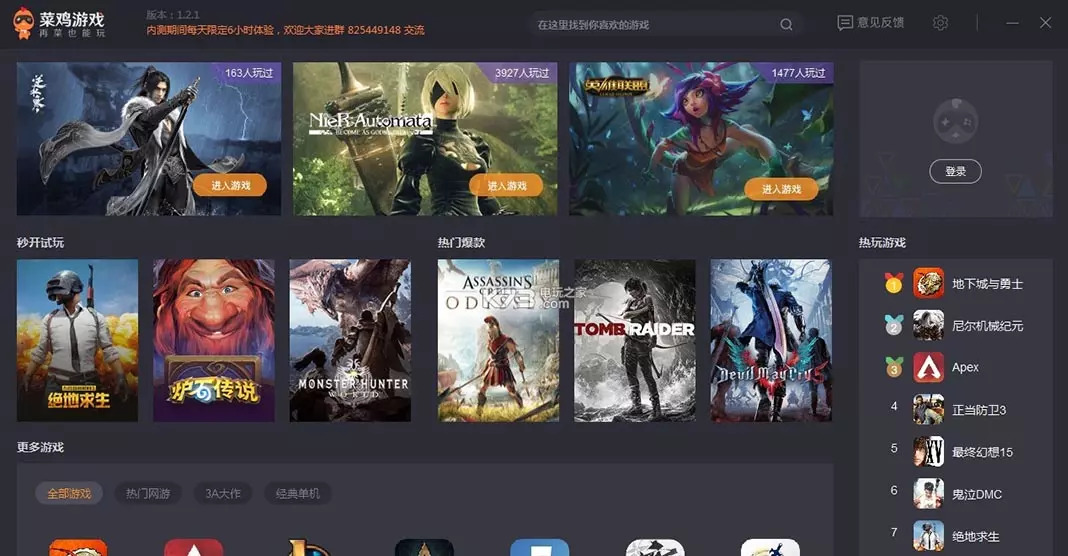 It seems like we’re going to see a new wave of game streaming services with the arrival of Google Stadia. Just a few days ago, NVIDIA presented their own cloud gaming service for playing games run on remote machines. And now, from the depths of the internet has emerged Caiji Youxi (which translates to Chicken Game), a new Chinese service that lets you play PC games run in the cloud either from your own computer or Android device.

For now, there are some restrictions to the app, like the fact that it doesn’t let you play for more than an hour a day, as well as having to wait to play certain games and at times suffer a ping that makes the controls difficult. Even so, aside from the input lag, it’s surprising how fluid the games run and how well they adapt to the limitations of the connection you have. 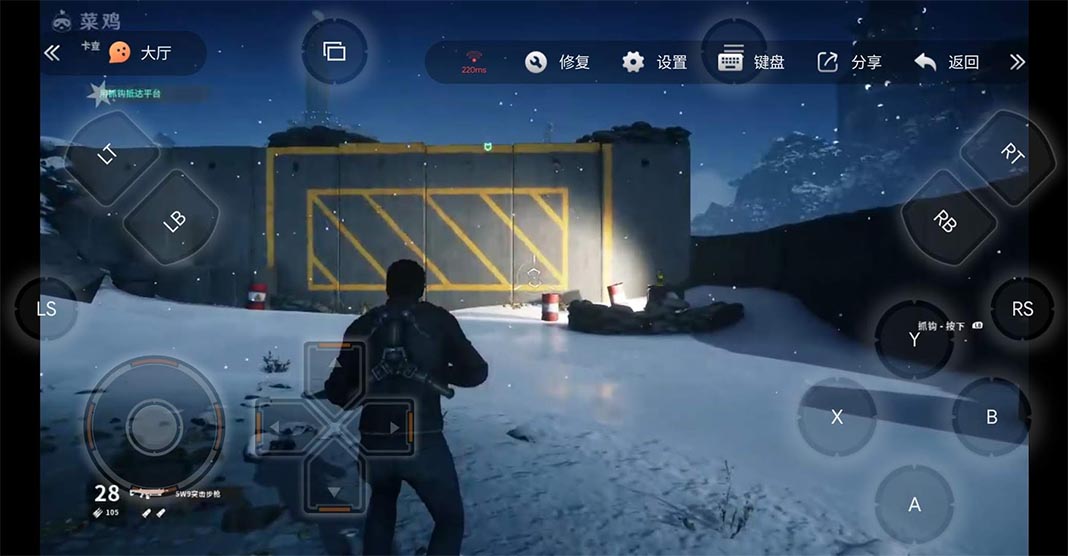 We’re going to focus on the Android client. The only requirement to use it is to have an account with WeChat or QQ. We recommend the first one for how easy it is to sign up (just install, enter your phone number, and confirm via SMS code). In fact, if you often try out apps that haven’t yet made their way out of Asia, then it’s practically essential to have these apps installed on your phone. 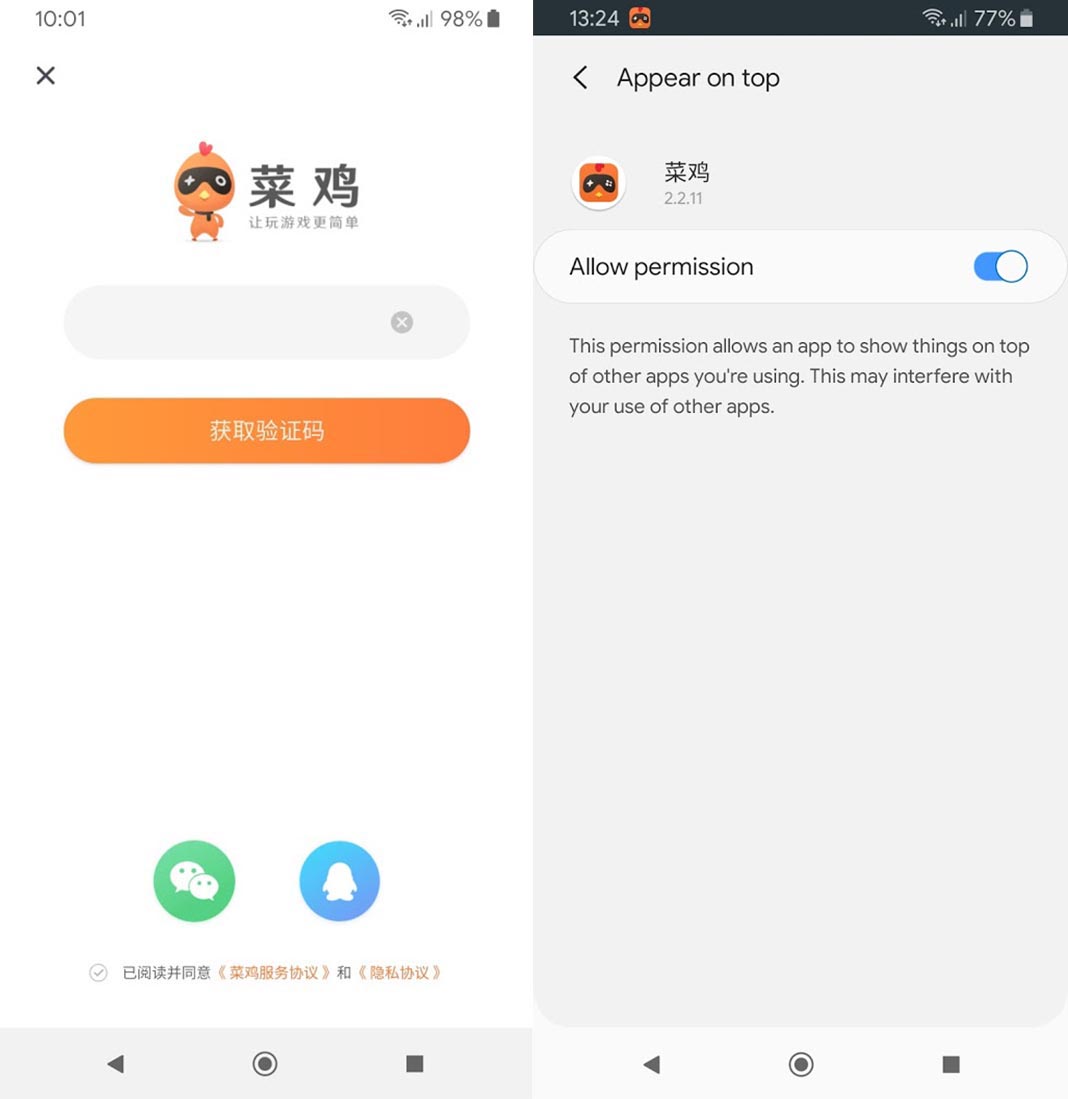 Once you open the app and accept the required permissions, you’ll also have to enable a special permission so that it can show an icon over top of other apps on the screen with the game that you’re in line for. After you do that, you’ll see the login tab which, as we said, you can complete using the app WeChat or QQ. With the app installed and after tapping on one of the two icons below the access fields, you’ll finally get to the main menu where you can select the game you want to play. 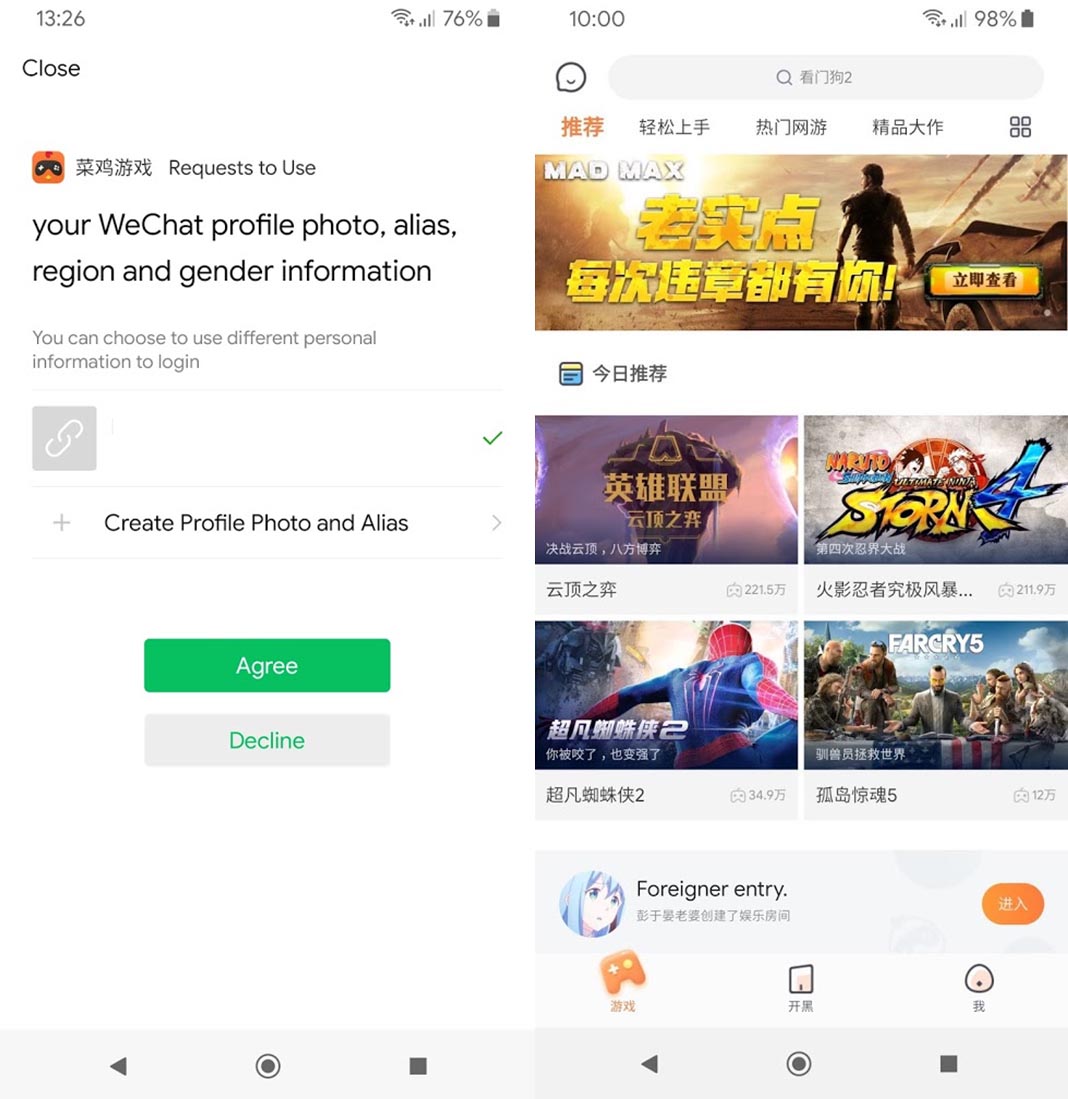 Among the many available games, you’ll find popular choices such as Far Cry 5, Devil May Cry 5, Mad Max, PlayerUnknown’s Battlegrounds and Far Cry 4. When you choose one of the listed titles (and after accepting the orange option in the pop up window), you’ll get your place in line to run the game. Some titles will take longer than others to start playing, and you can keep and eye on how much time remains until your turn in the floating icon mentioned above. When you see the game icon show up, you can enter the game. 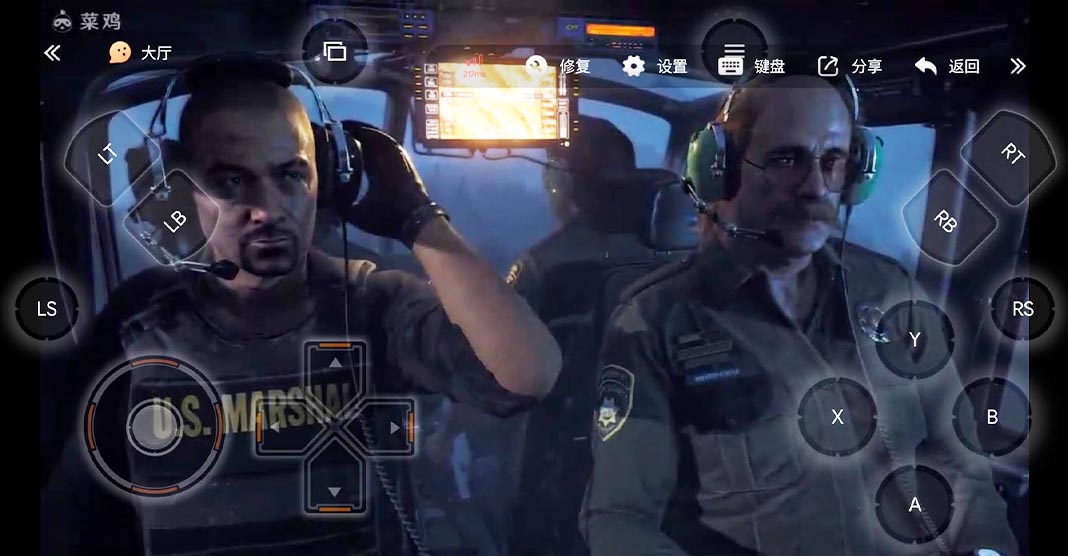 When you access the game, you’ll see the virtual controls set up to replace the keyboard and mouse. However, the excess of buttons means that on a small screen, things look a little too complicated. Luckily, if you go to the settings, (the little settings icon you see in the upper menu), you can simulate a standard game pad by marking the highlighted option you see in the image below. 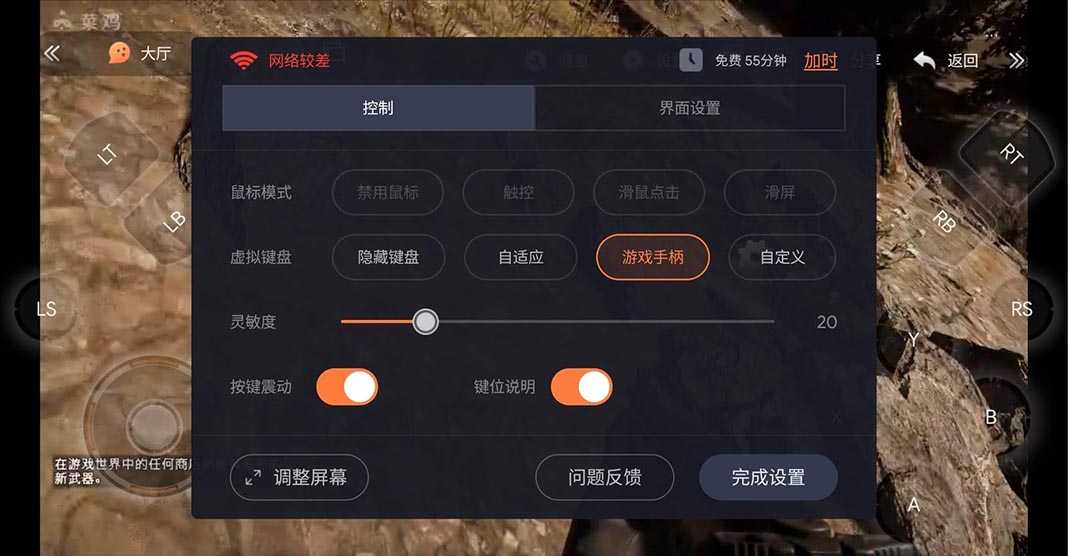 In this case, we’ve opted not to include the app in the Uptodown catalog, since the analysis from VirusTotal shows six positive results. No need to panic, though. They’re harmless and aren’t malware; just warnings related to pre-installed services and adware. Even so, we’ll put our security policy first and will leave the installation up to you. As we said, after competing some analysis, everything SEEMS to be fine.