If you’re one of the people who never really got the hang of the Bottle Flip Challenge, and never managed to get your bottle to land standing up on a table, your phone will give you a second chance. Bottle Flip 3D is here to give you hours of entertainment as you feel the satisfaction of seeing your bottle spin around and land right side up, finally. That said, don’t let its simple premise fool you. It’s actually one of the most successful games on Android right now, with over 10 million downloads it just over one month.

This game is pure entertainment. And, although it may seem a bit repetitive, when you get stuck in a level, you’ll have to kick your brain into gear and try to figure out the strategy needed to reach the finish line. 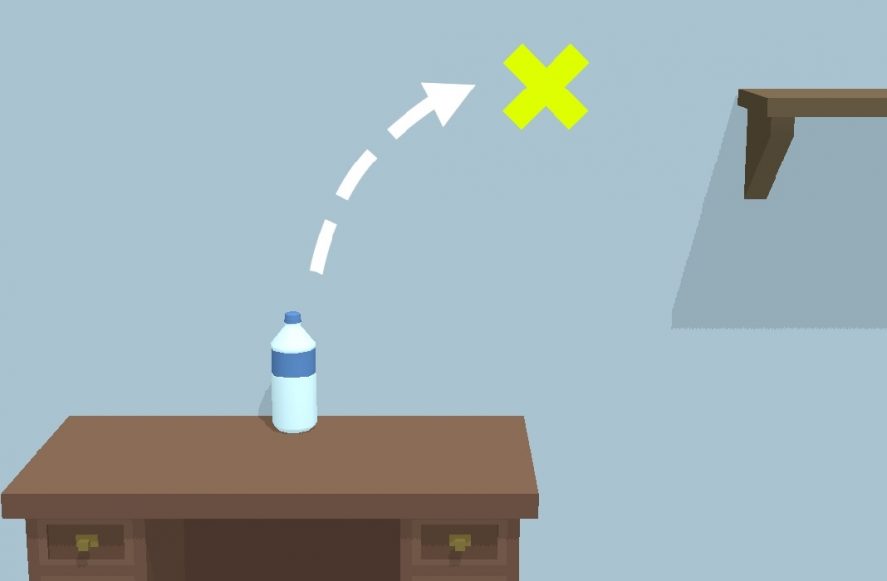 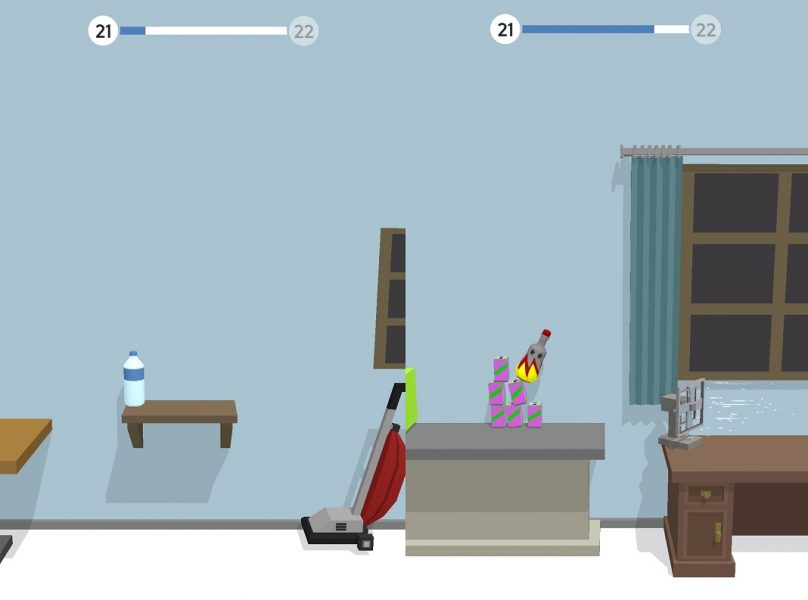 As you complete the levels, you’ll find more dangers. Moving fans, falling shelves, unbalanced chairs… the idea behind the game is simple and its controls couldn’t be simpler: all you have to do is touch the screen and look for places to land your bottle all the way to the finish line. But that doesn’t mean the game is easy. There are some levels that will really make you think. Especially after two or three mistakes and you still haven’t completed a very high percentage of the screen.

When you fall, the game will tell you what percentage of the level you completed before failing. The game also offers you options to keep going after you die, with the cost being to watch an ad in order to return to where you were just before you fell to the ground. 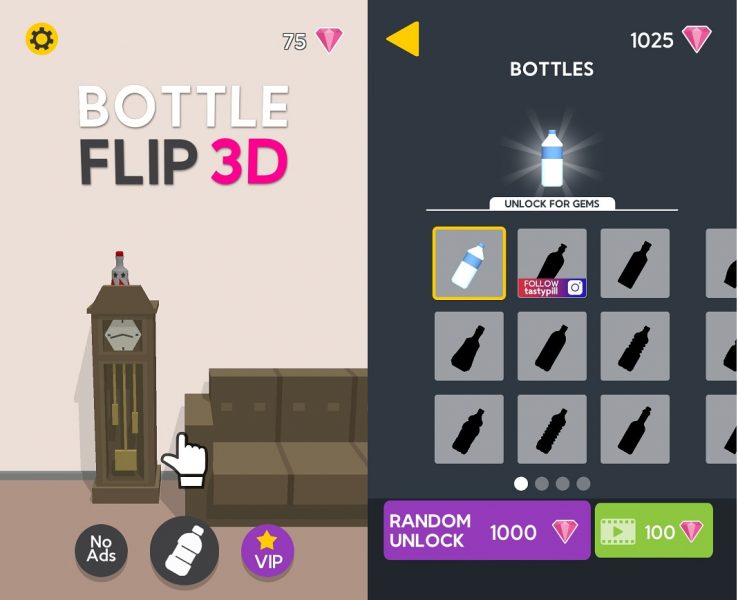 Just like in most games, here you have rewards that you can exchange for prizes. Even though you start out with just one ordinary water bottle, as you move through the levels, you’ll earn gems to buy new bottles and continue completing higher levels. You also have the option to get gems by watching video ads and some bottles will only be unlocked after you watch these videos.

Since it’s a free game, you’ll obviously see a ton of ads between levels. If you’re the type of person who absolutely hates ads, then you’ll be tempted to close the game and never return. But there are also two paid versions; one so you don’t have to see any more ads, and another VIP version that also gives you access to exclusive bottles. 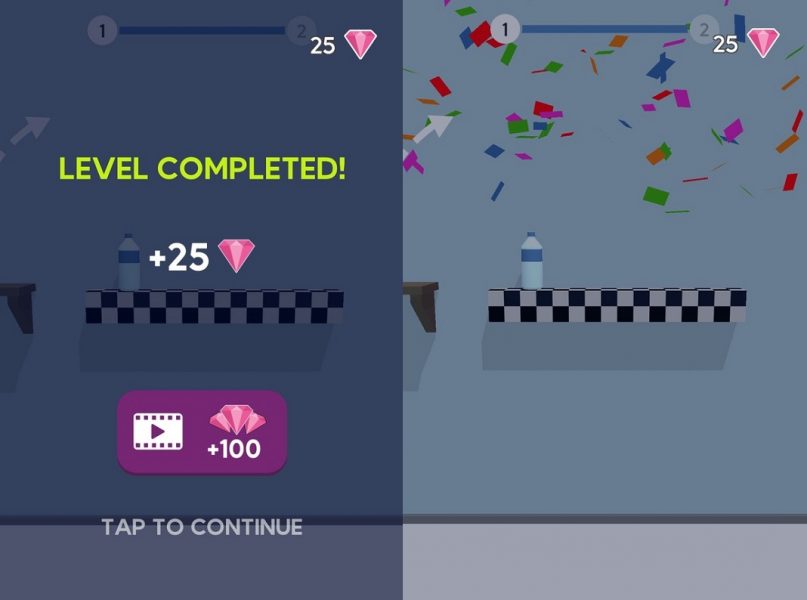 Look for sturdy, wide furniture like tables and fridges, and steer clear of music devices for how narrow they are, along with shelves with books, for how weak they are. Be extra careful when deciding to use the double flip, since too long of a jump will make it hard to respond in the face of possible danger.

Sometimes you’ll get farther will one move than with two. Don’t be afraid to watch an ad to save your life, since some obstacles are so hard that once you complete it, it’s better to make sure you reach the end than have to face the same vacuum cleaner that made your life impossible the first time around.