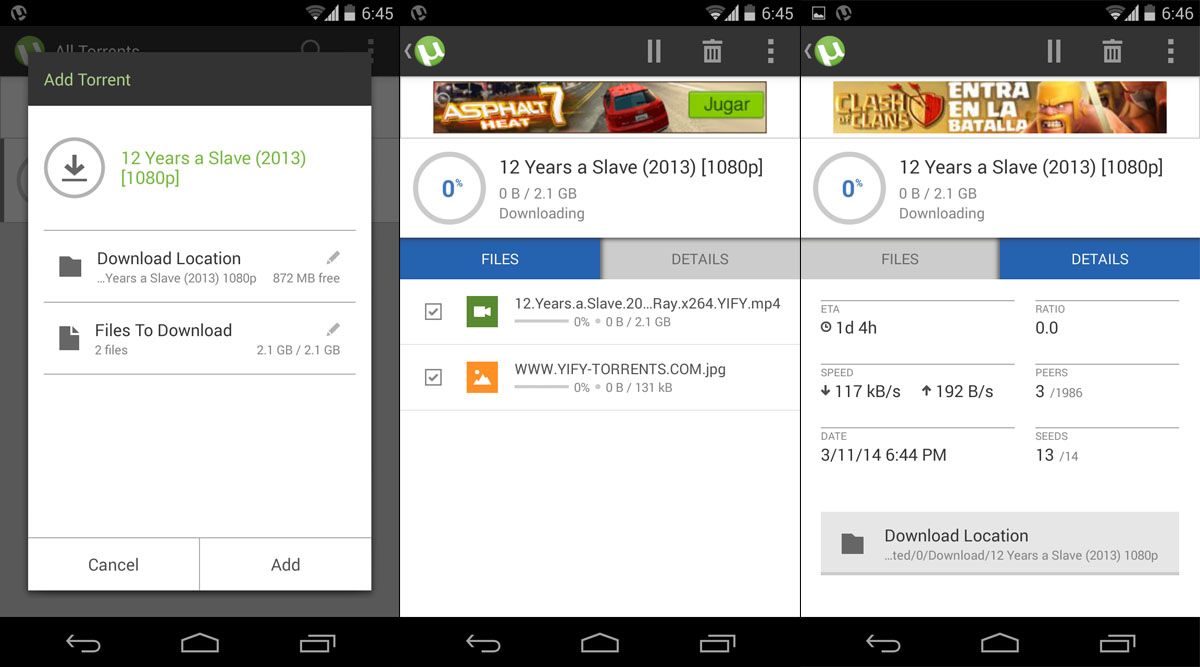 While BitTorrent already received a mini-facelift in February, it’s only now that its younger sibling uTorrent has joined in on the fun and received a huge update. The two popular torrent clients have seen a complete shakeup of their Android version interfaces, as well as the addition of highly useful features such as the option to choose a downloads folder or select the particular file that you want to take from the torrent container.

Why use torrent clients on Android?

Keeping your PC switched on for long periods in order to run download programs is no longer your only option. A smartphone connected to a power source can act as a perfectly good torrent client, with the obvious energy savings that entails, not to mention the negligible amount of space it takes up and noise it makes. If you also connect an external hard drive to your device, you’ve got a proper server at your fingertips.

Although there are many torrent clients for Android, without a doubt BitTorrent and uTorrent are among the best choices given the history of their desktop clients. That said, don’t make the mistake of confusing these apps with their Remote versions, since the latter don’t directly download files to your device but simply allow you to remotely control the downloads happening on another machine. (In this article, we explain how to do just that.)

New features in the update

The main novelty of this update is the app’s adaptation to the Holo interface, since until now it used an old menu design from its 2.3 Android version. Now the menus are clearer and the circular progress bars give the app a modern air. With regard to new features, there are two main ones: As in the desktop versions, you can select which files you want to download from the ones included in the torrent, as well as the local folder where you want to store them.

So this is what Europeans are using their bandwidth on