Home Tops and Comparisons The best SMS apps for Android 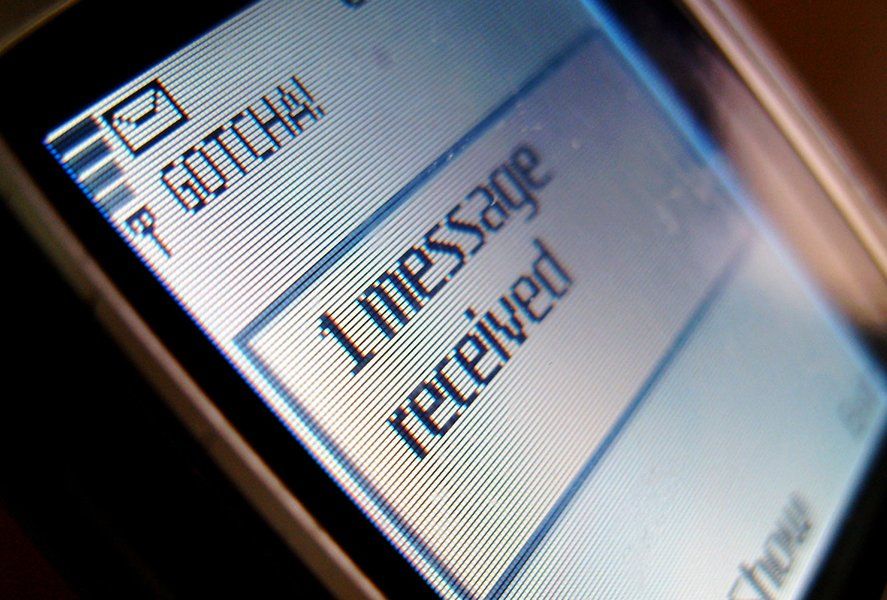 The appearance of IM apps has rocked how we communicate. Whether you use WhatsApp, Telegram, or another of their many variants, chatting is easier than ever thanks to the immediacy and cost of sending each message – that is, exactly $0.00. This has turned the SMS – formerly king of the mobile realm – into an essentially residual service. Oddly, though, they remain important due to the growing number of services that use them to send info or two-step verification codes. Since it looks like the SMS as a medium isn’t going anywhere, we’ve done you a favor and picked the best free SMS apps for Android to replace the default one on your phone. 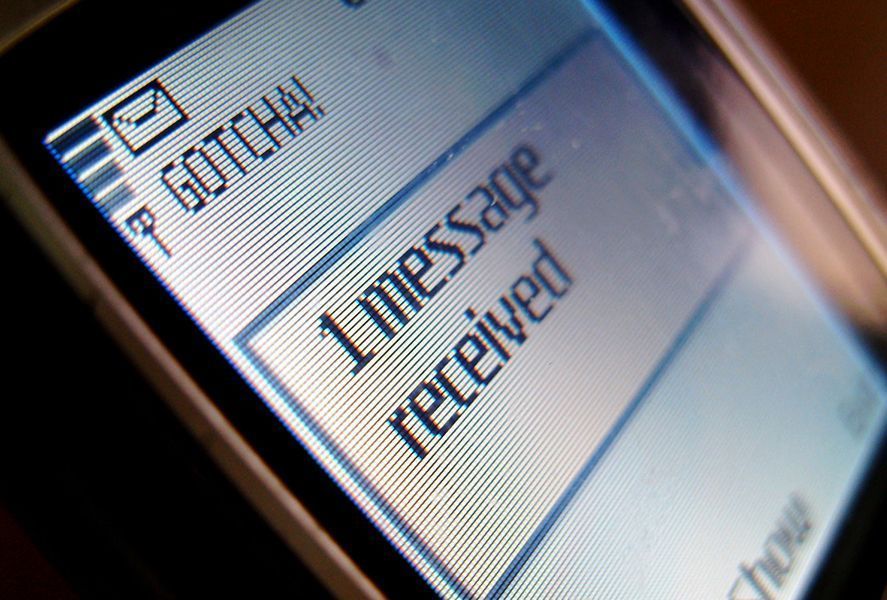 When we talk about Textra we’re talking about the Pontifex Maximus of SMS apps. The name is likely the most famous one on this list and that really means something: its popularity is matched by its quality. It couldn’t run smoother and its apparently simplicity is its greatest virtue. Perfect for people who want to expand on the features of their default SMS reader without things getting too complicated. Its high level of customization and compatibility with other Android apps and wearables make it the app to beat. [Download] 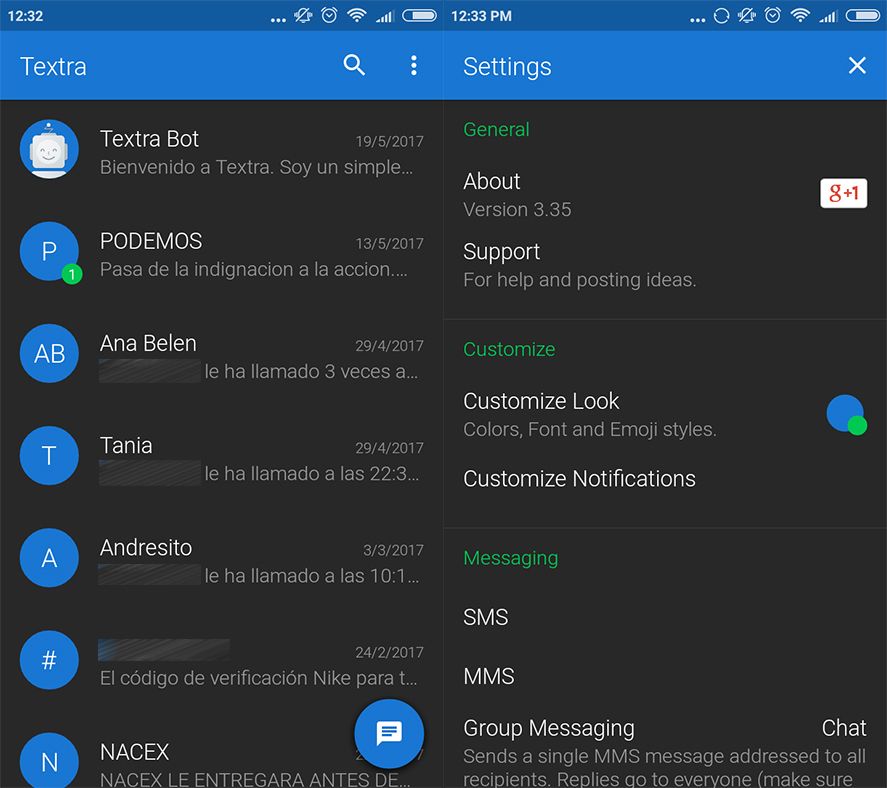 This SMS manager stands out among the stiff competition for its attractive aesthetic and its capacity to give a different touch to text messages thanks to its various skins. Besides all the standard features boasted by most of the apps on this illustrious list – among them emoji and double SIM compatibility – it’s also got unique features like the option to create private chats that don’t appear with your other texts and share received MMS content over your social networks. [Download] 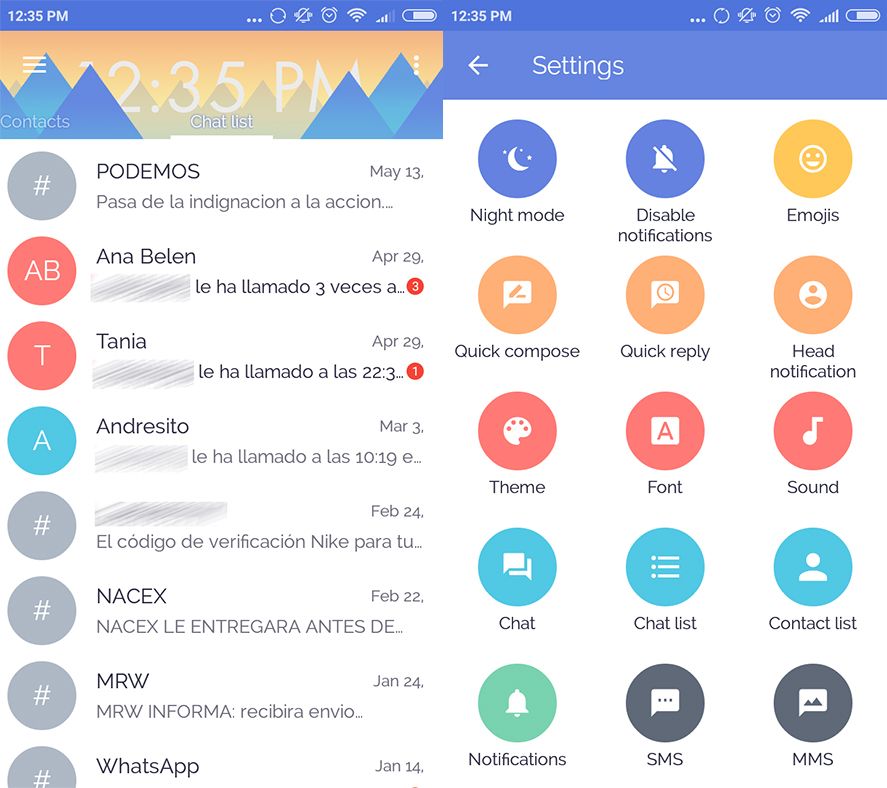 This is another of the most-used texting apps and this is no coincidence: it has tons of customization options, more than 200 skins to pick from, an auto-response feature… it’s a very comprehensive app with a style similar to chat apps like Messenger and WhatsApp, which should be appealing for people familiar with that kind of interface. [Download] 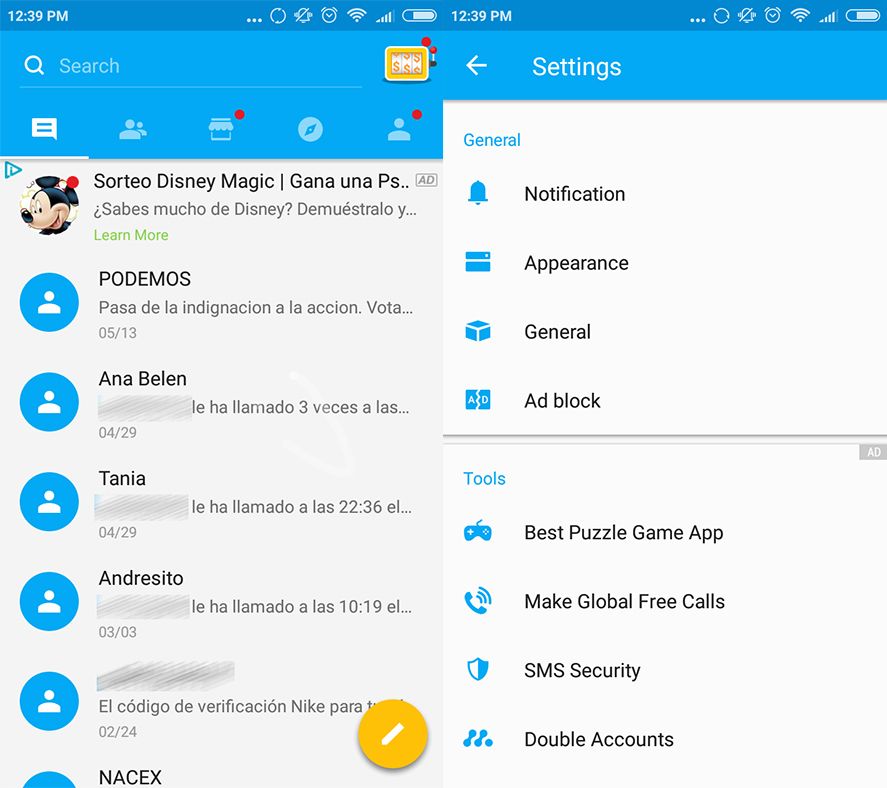 We’re big fans of open-source apps here so we don’t want to miss a chance to give a little love to QKSMS. Based on Material Design and with tons of options in the bag, this tool stands out for its ease of use, plus its full support for any Android wearable. That said, it’s been a while since it’s had an update so its future is a bit uncertain. Luckily, because its code is open its user base can carry on with the good work. It remains an excellent option for use on any smartphone. [Download] 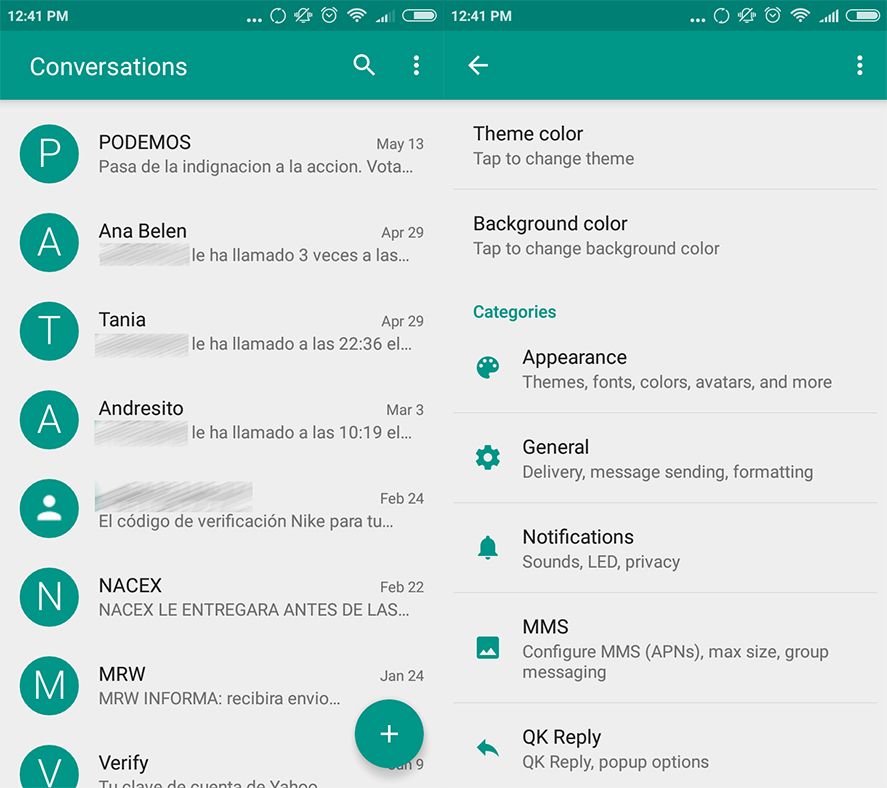 People looking for Android apps that don’t take up too much space should definitely keep YAATA in mind. It has the standard features described for the other apps on this list plus a big and clear interface, ideal for people looking for a more forceful style. Yet it doesn’t forget about quality and the customization options should meet most people’s needs, though they don’t get close to the titantic options of other apps like it. [Download] 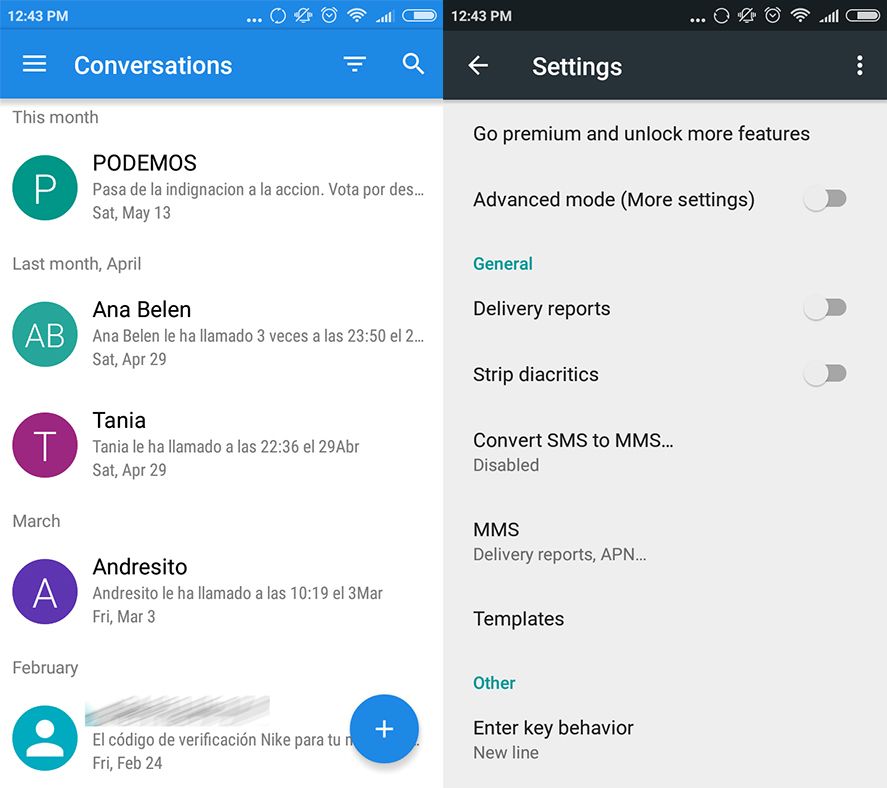 One of the youngest apps on this list and one of the most versatile, whose USP is that it lets you access your texts on any of your devices: computer, tablet, smartwatch, smart TV… All without leaving aside the skins, options to archive or save conversations automatically, and the ability to share GIFs over Giphy. A terrific SMS app with nothing to envy its competitors. [Download] 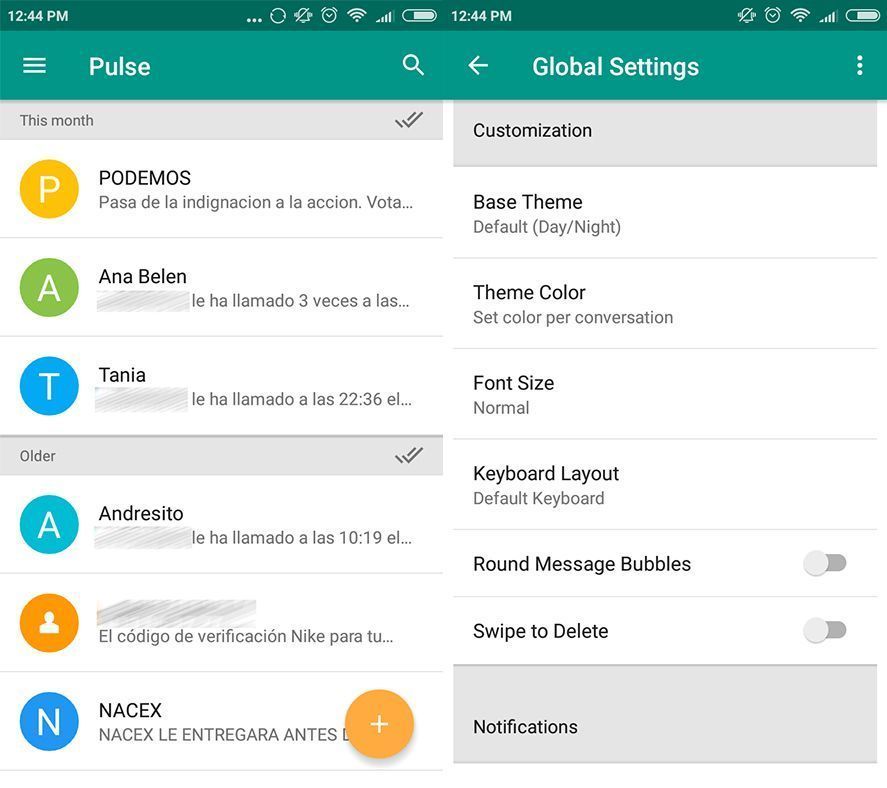