It’s hard to find a person nowadays who hasn’t tried an idle clicker before. What started out as a joke by the great Ian Bogost, has become one of the most popular genres on mobile devices. This genre tends to be built on two main pillars: 1) tap the screen to continue progressing and 2) invest in improvements to make the game play “on its own.” Half-way between a mindless experience and constant obsessive touching of the screen, the idle clicker genre offers a wide variety of titles that cover almost the entire spectrum of well-known games. We’ve selected a variety of attention-worthy works in this list of the best idle clickers on Android. 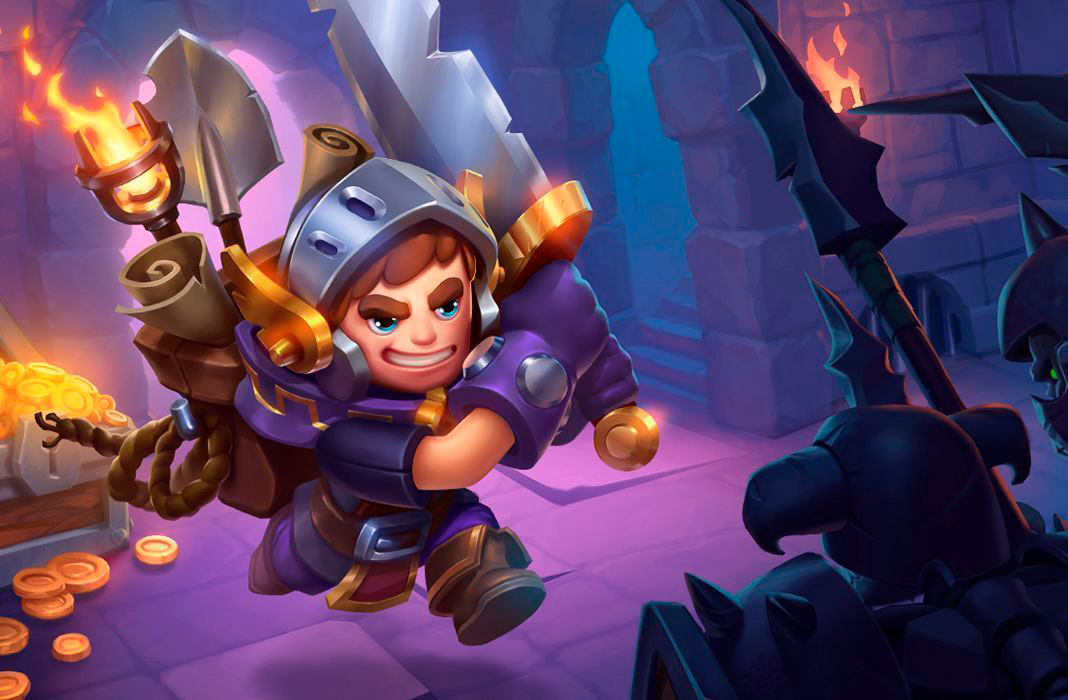 The game formerly known as Star Away! works great on two different levels. On one hand, it’s an excellent clicker that has you swipe constantly to get your character the highest score possible. While on the other hand, it’s a great parody of “influencers” who would do anything to stay in the public eye. There’s a good reason it was one of our favorites of September 2017. And special mention goes to the audio/visuals, which are on point. [Download] 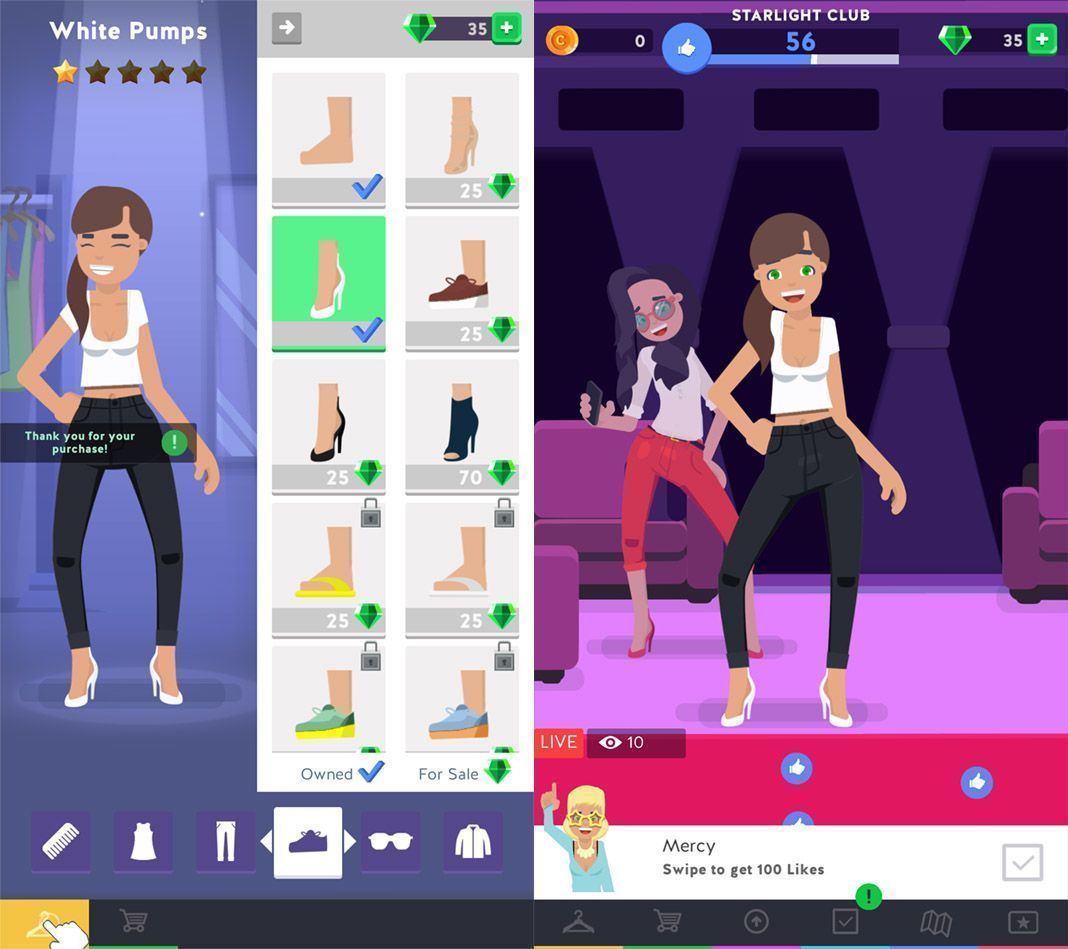 You probably never thought you’d play a game where you’re an egg farmer, but the world of videogames is just full of surprises. Here we have a total classic that hasn’t lost a smidge of popularity since its release. I mean, just look at its Subreddit if you don’t believe us. It’s hard not to be reminded of HowToBasic when talking about eggs, but this game can help to clear your mind. [Download] 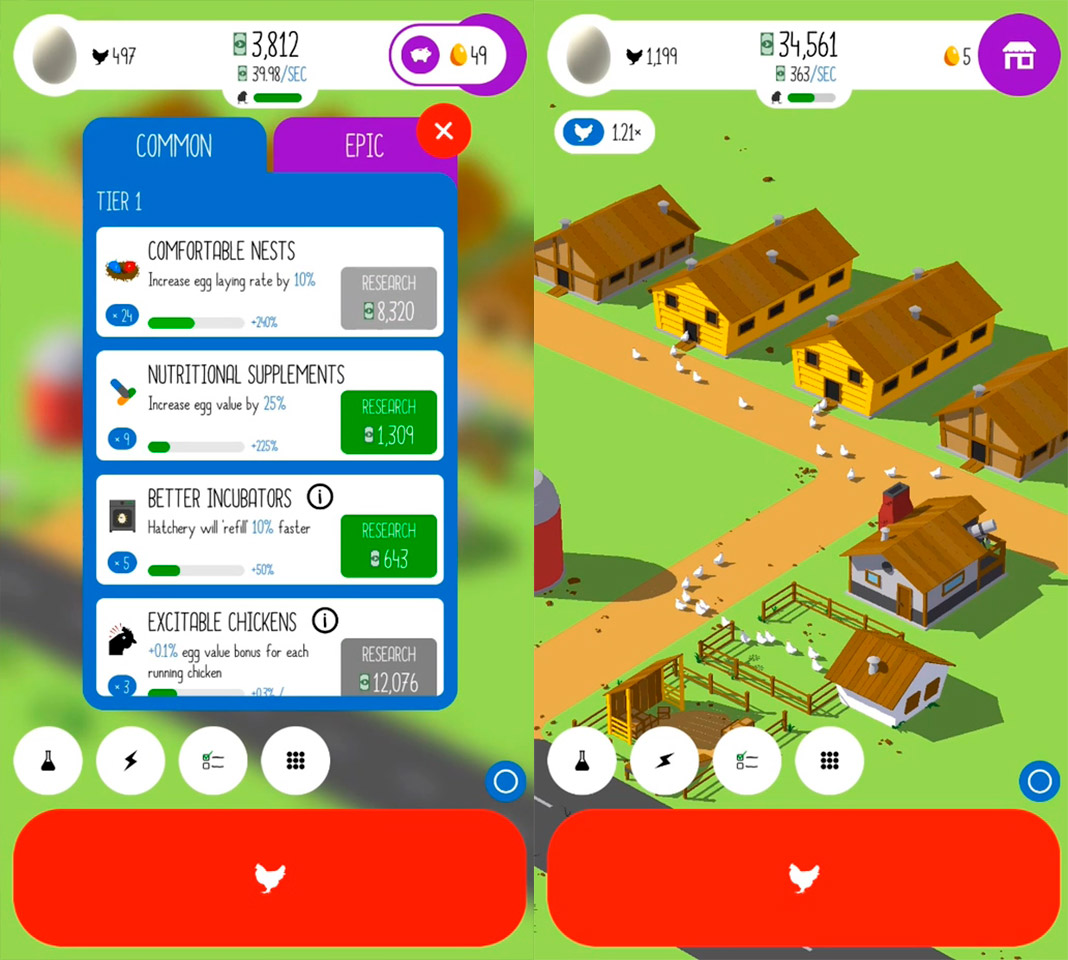 Futureplay has a good number of idle clickers under its belt and Build Away! stands out for its interesting concept. In this case you have to create buildings in your neighborhood with the objective of earning more and more coins. It’s a visually attractive game that anyone can enjoy without a problem. [Download] 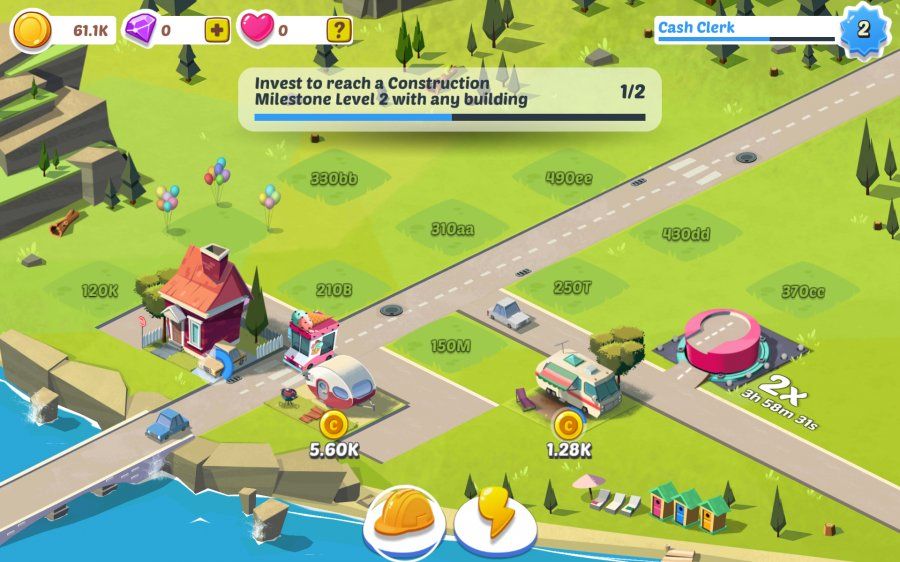 Even car racing can’t escape the the idle clicker mania, although Nitro Racing GO isn’t the first one to dip its toes in the waters, we’re calling attention to it for its outstanding graphics. That, along with the opportunity to collect all the available vehicles makes this game a winner. You may not exactly lose yourself in pimping out tons of cars, but fans of driving games are sure to enjoy this game to the max. [Download] 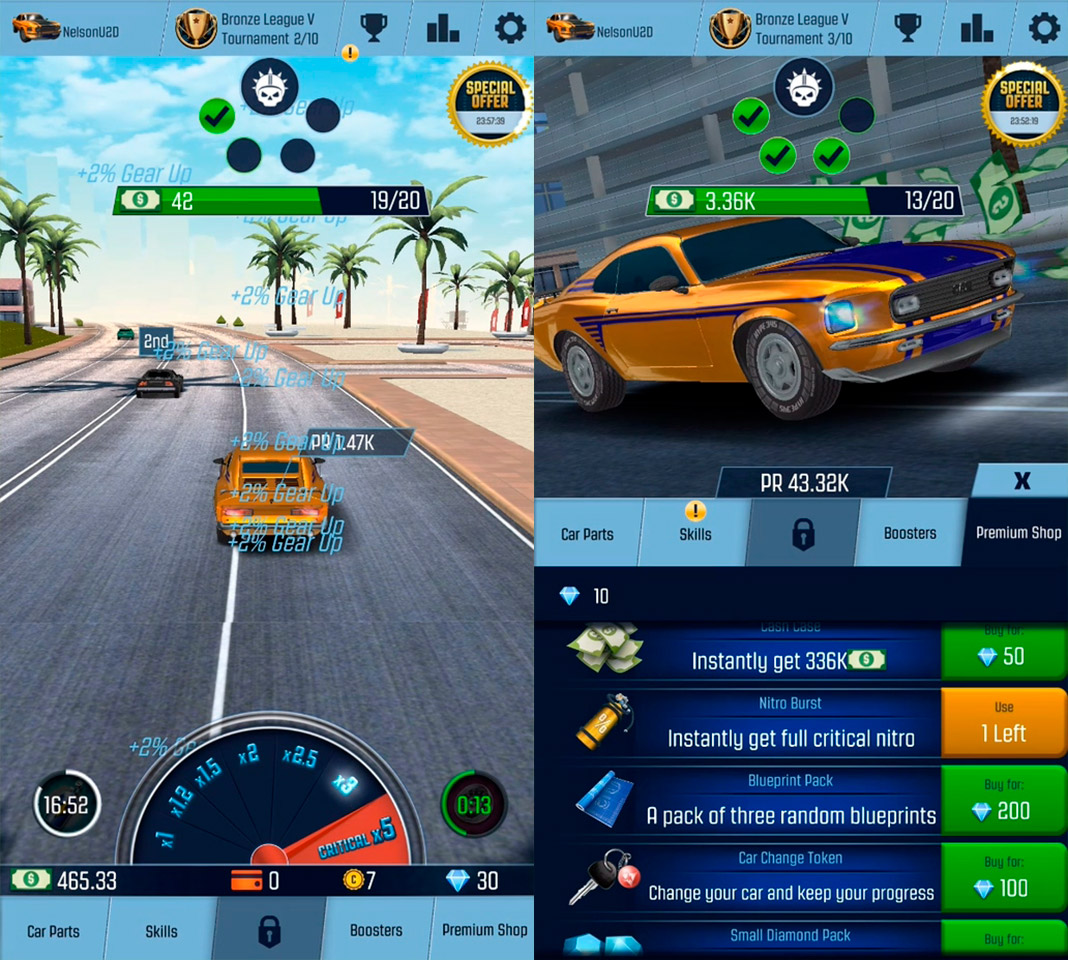 It’s surprising that a clicker based on wrestling works so well, but this WWE Tap Mania offers a surprisingly fun approach. Working with a renown franchise helps to bolster the collection factor to incredible heights. After all, it’s not everyday we get to put together a team consisting of The Rock, Sting, The Undertaker, and John Cena. It’s cartoonish style also helps to make it a real approachable game. [Download] 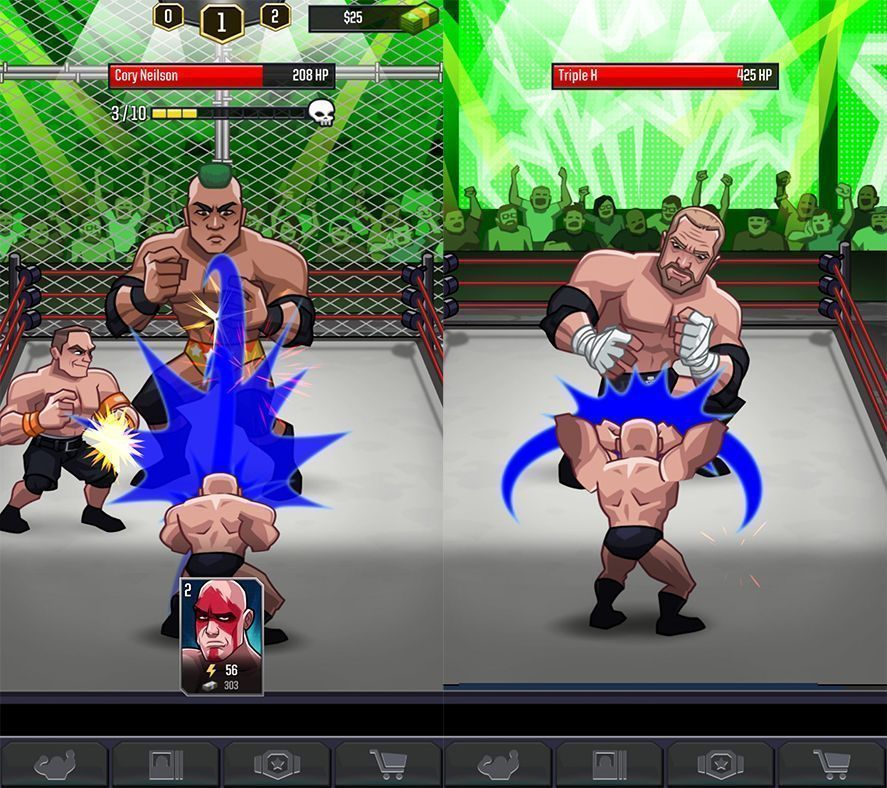 Considering idle clickers tend to be extremely simple, choosing a specific one can be a matter of just picking whichever one catches your eye. In that respect, it’s hard for any game to top Demon Princess Marie. It just may be one of the most beautiful clickers on Android, so it’s hard not to fall in love with it. Plus, the design of all the characters is fantastic and the variety it offers is enormous for this style of game. [Download] 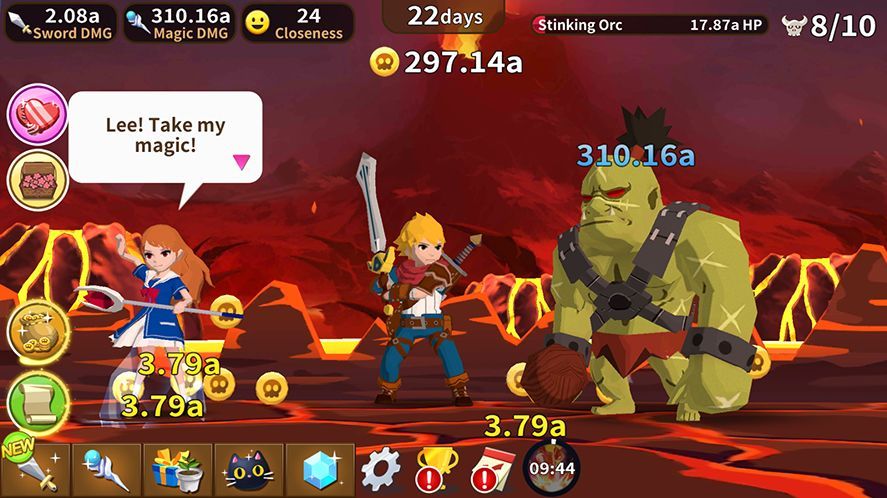 Without a doubt, Dark Souls marked a “before and after” in the world of videogames. It’s a saga that’s had an incredible influence on the genre and even set a standard for all clickers. Tap Souls embraces the dark medieval fantasy, but also the degree of difficulty of the works of Hidetaka Miyazaki. Dying is easy and you have to step carefully in each round of enemies you face. It’s an excellent game that’s given the genre a different touch. [Download] 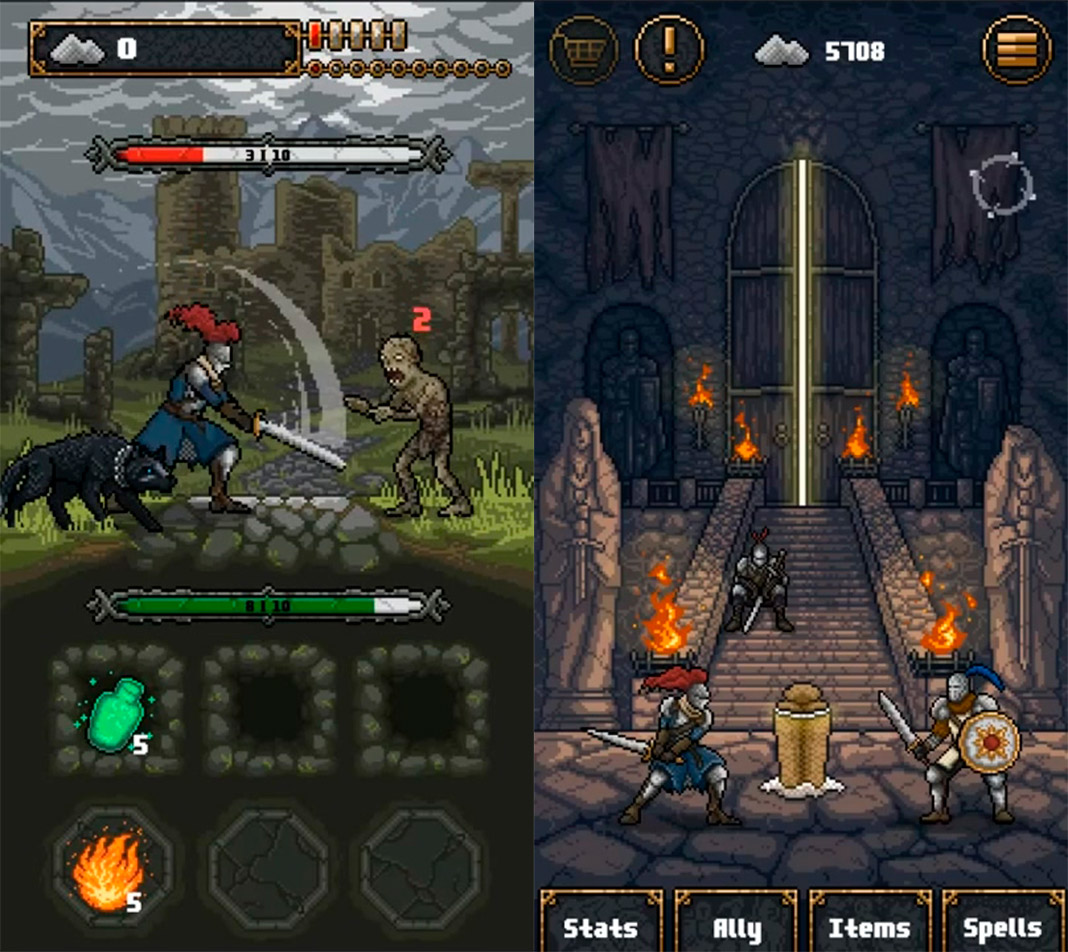 We admit it…our eyes light up every time we find a game with exceptional graphics. Light a Way gets the award for the prettiest on this list thanks to its gorgeous graphics and beautiful concept: your mission is to return the light to the world with help from the forest spirits. The great thing is that the game is more than just a pretty face…it’s actually a lot of fun, too. Plus, the game is appropriate for all ages and has a female protagonist. Boom. [Download] 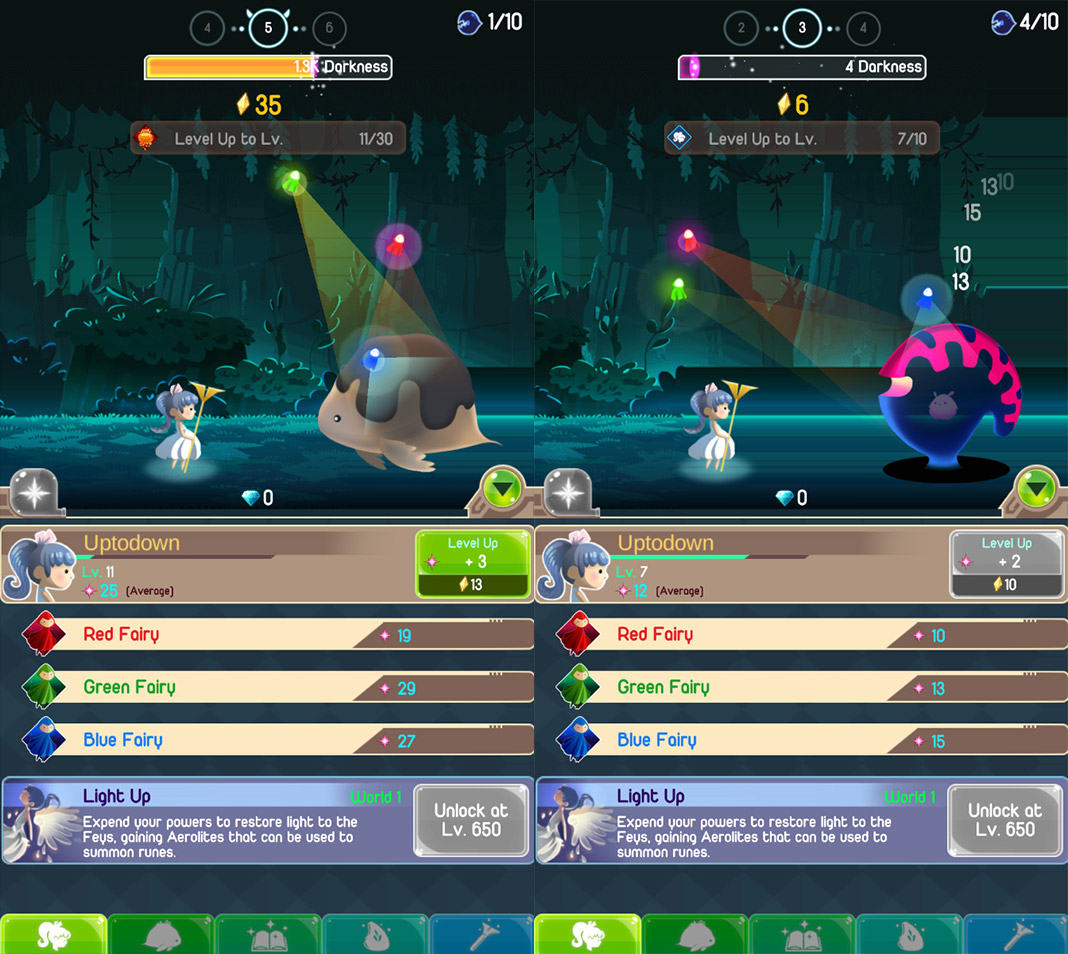 It’s about time we mentioned a dungeon game on this list, and there’s no better than Nonstop Knight. As the title suggests, your character here moves on his own and automatically attacks all the enemies who get in his way. Your mission is to bolster his special abilities and activate his special attacks when necessary. It’s an excellent game that manages to effortlessly fit an idle clicker gameplay in a traditional Action RPG package. [Download] 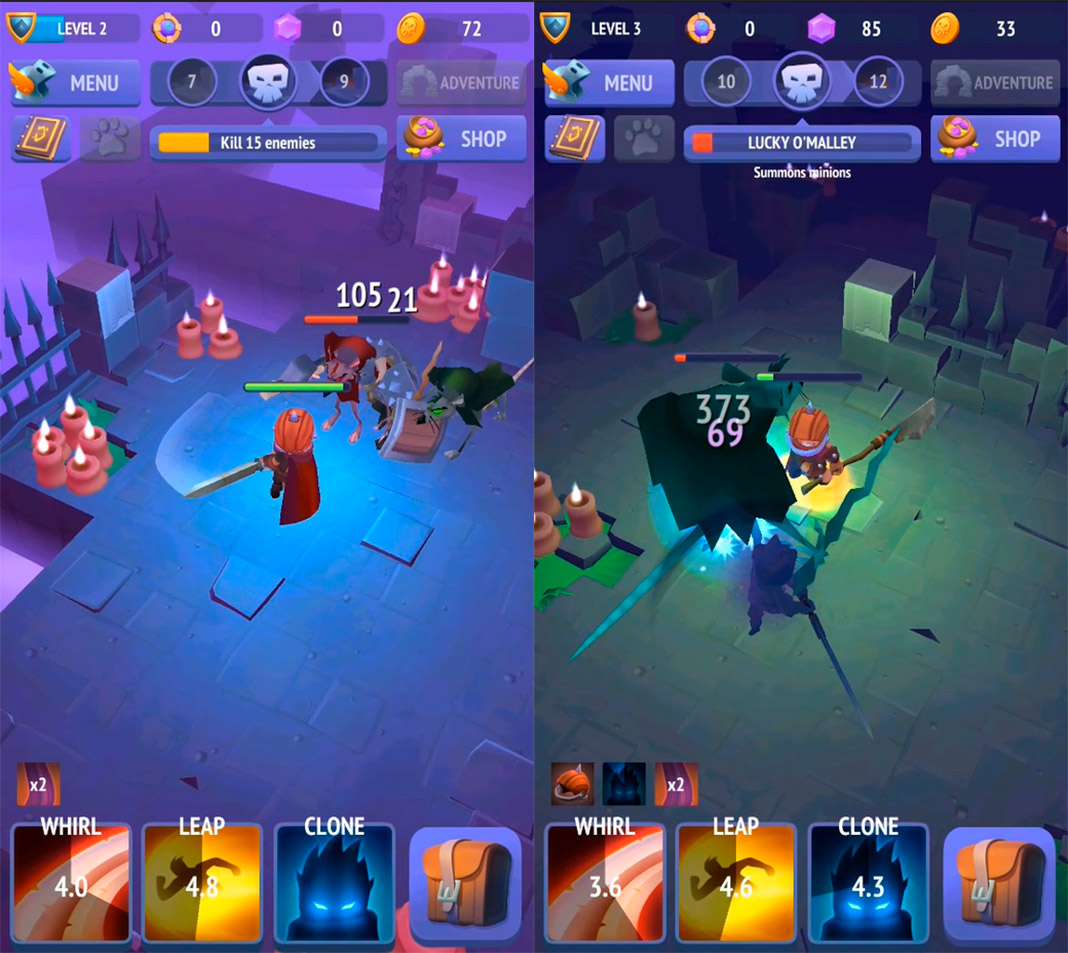 Kongregate is one of the most famous game producers that boasts a large number of high-quality games for Android. Right from the very first time you play Realm Grinder, it’s easy to get lost in it. Although idle clickers are known for their simplicity, things are different in this case. Here we have a strategy game that knows how to use idle clicker mechanics to offer a gameplay that’s different from what we usually see. It’s an excellent title that’s jam-packed with different possibilities. [Download] 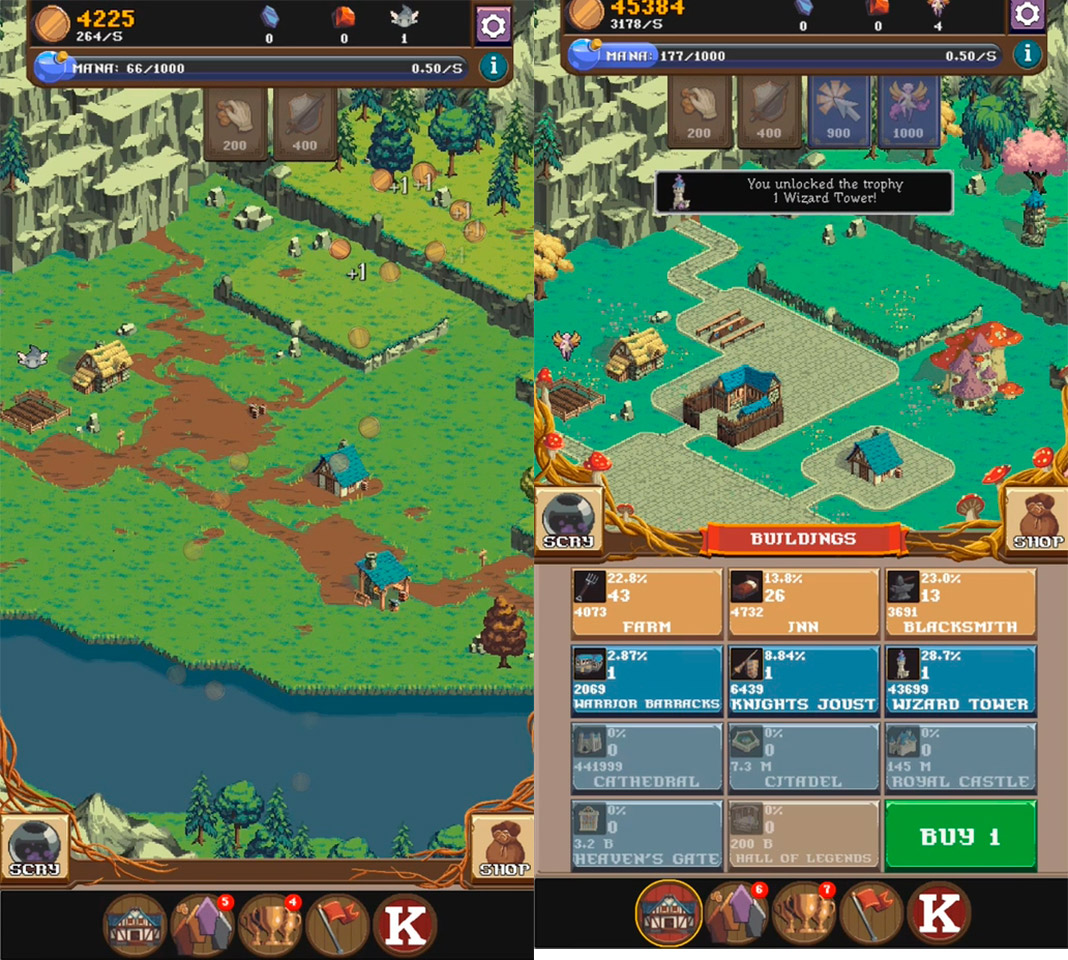 Five idle clickers for Android to enjoy this summer

Demon Princess Marie is an addictive clicker that looks gorgeous