We’ve already talked about tons of different tools for learning languages wherever you go, thanks to your smartphone. Duolingo may be the most famous app of them all, but it’s definitely not the only option. There are plenty of other apps that aim to help us look at language learning from other angles. Beelinguapp aims to help you learn languages differently from the way you’re probably used to: by reading and listening to texts in two different languages. 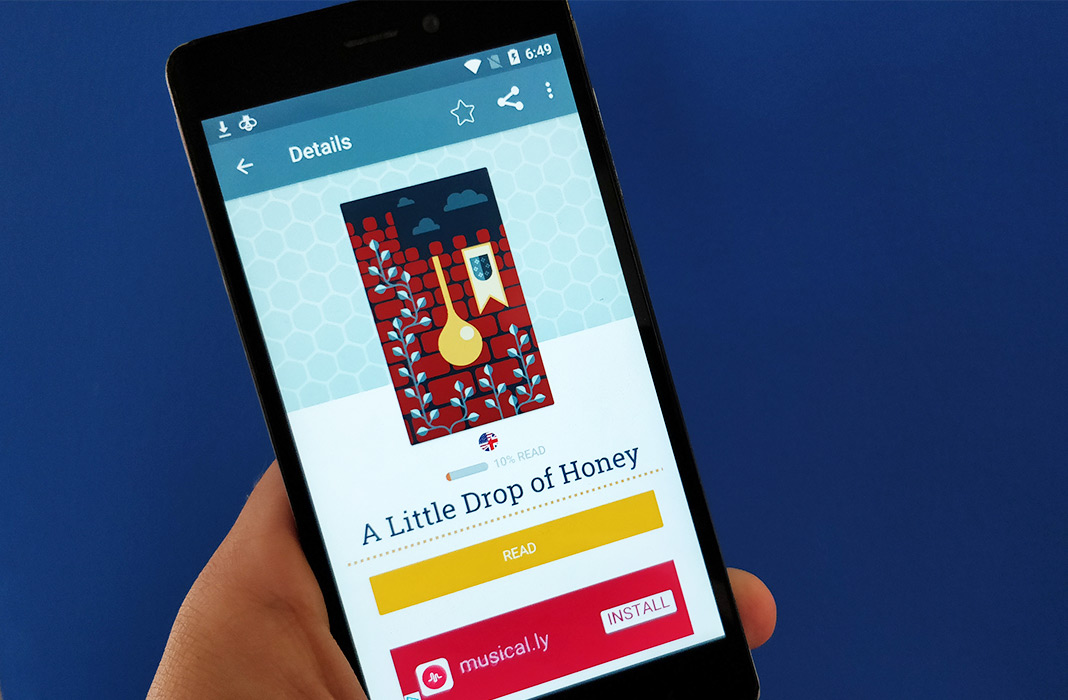 Learning new languages has become one of the main life goals for almost everyone on the planet. While English is still one of the most spoken languages in the world, all sorts of languages are in demand nowadays. Just look at LingoDeer, an app that focuses its efforts on Asian languages like Chinese, Japanese, and Korean. That’s why it’s important to have a wide variety of options within reach like Beelinguapp which lets you learn and practice English, German, Portuguese, Spanish, French, Hindi, Russian, Turkish, Chinese, etc. 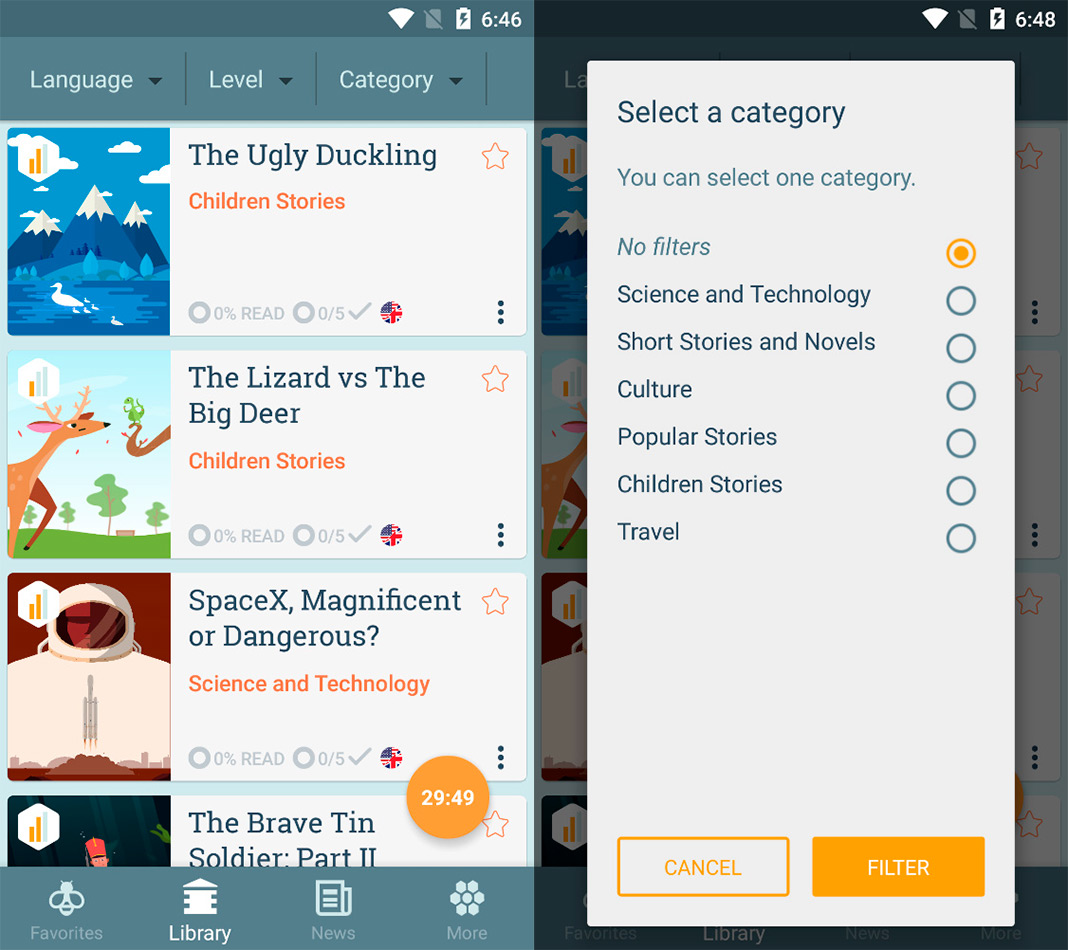 Beelinguapp is different from other language learning apps because its learning process is based on reading and listening to texts. You can say adiós to traditional flashcard-style teaching based on pure and simple memorization. Here, you’re going to enjoy popular stories, short stories, and some more complex texts that you can read and listen to in different languages. While it may sound complicated, the truth is that it’s a pretty fun method that won’t require too much effort, either. You can go at your own pace, with no time limit to pressure you as you’re reading. 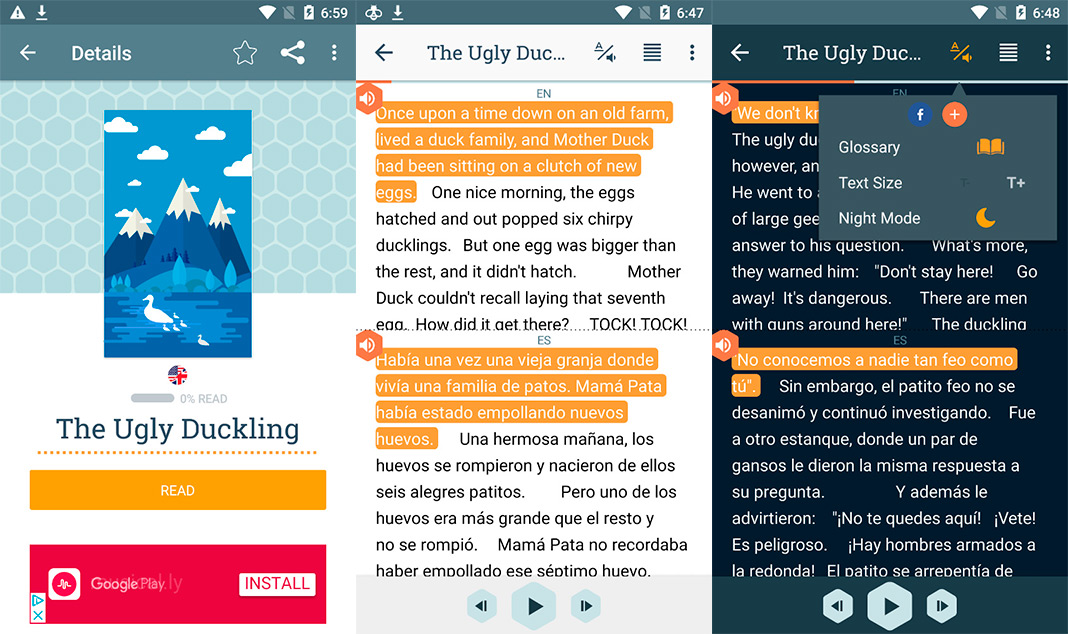 While reading the texts that you want in your language or the foreign language that you’re learning, you’ll hear a narration in the opposite language. We’ve already mentioned that you have all sorts of texts to read, although to start learning, you’ll have to download them first. That said, not all the stories are free: you’ll have to pay for some of these audiobooks. Luckily, there are quite a few free options so you don’t necessarily have to pay money in order to use the app. What’s interesting about Beelinguapp is that you can also complete readings and listening activities about recent news, so the learning isn’t based completely on books. 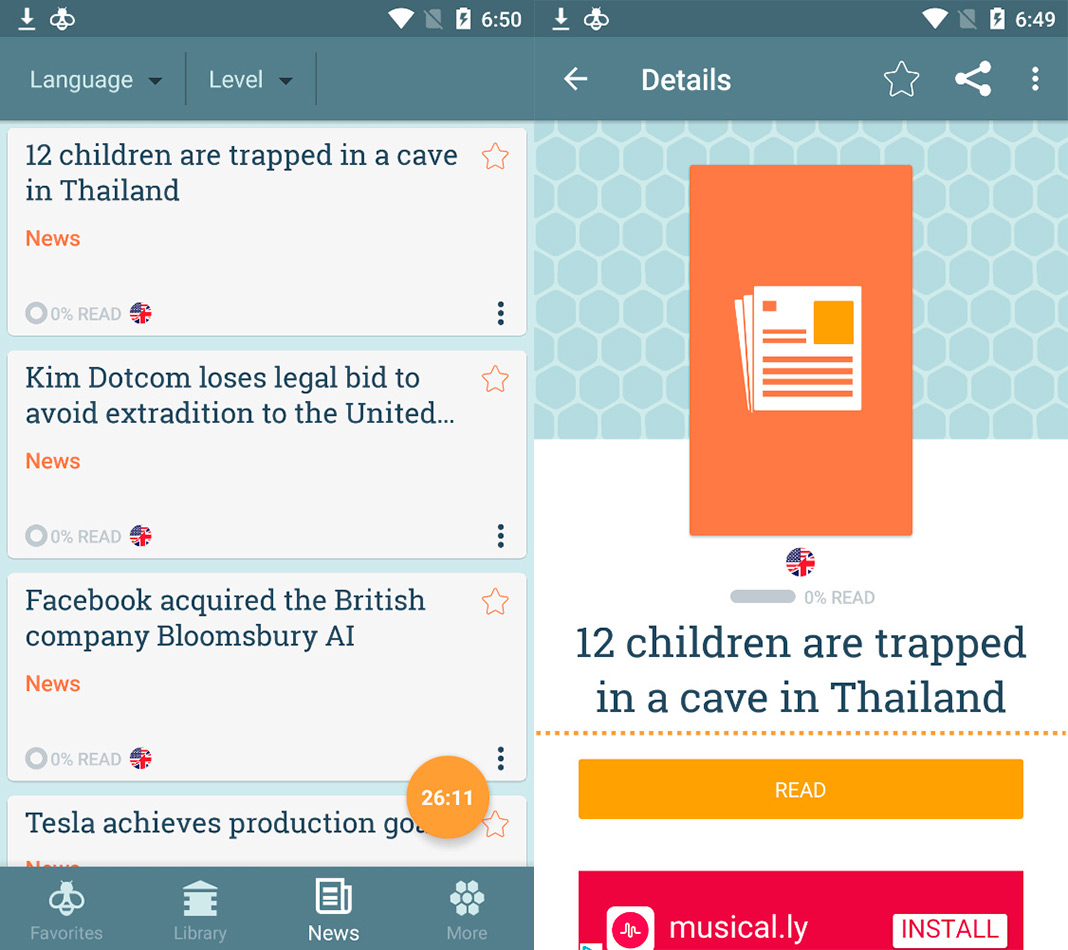 Beelinguapp is an original app for learning languages. While it could improve the narration of some of its stories, the truth is, it’s one of the most interesting ways to practice and learn other languages. The way the texts are organized into different levels make it perfect for learners of all kinds.

Uptodown: the Leading Distributor of Android Apps for the Mobile Web

How to optimize your new smartphone