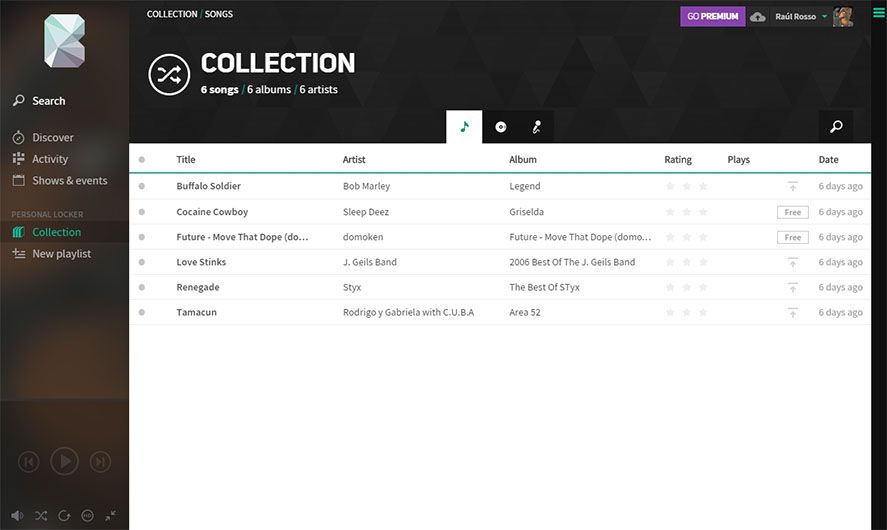 Since the shutdown of Megaupload, its indefatigable creator has embarked upon loads of new projects. The latest of these is Baboom, a music streaming and downloads service with features that go all over the place to differentiate it from its more direct competitors like Spotify or Google Play Music. As of last week it’s available as both a web version and in mobile clients for Android and iOS.

More than a year has passed since the program was first presented to the public, being touted as a worthy and lucrative alternative for musicians, who can post their music on the platform for free and receive 90% of the revenues obtained through advertising or song sales of paid tracks. Whether they’re free or not, songs on Baboom can be added to playlists with no limits of any sort, with the added appeal that much of the available music falls outside the limits of the usual commercial music circuits, offering emerging artists an opportunity to promote their work in a fair way. Baboom has a free subscription model with no playback limits that lets you listen to the music you add to your collection from either the web client or the mobile app. The songs you buy can also be downloaded to listen to off your device. The other great appeal of the service is the possibility to upload your own music in MP3 or FLAC formats and sync it to your account so you can stream it from anywhere. The free version lets you upload up to 100 songs like this (50 if you don’t fill in the full registration), but this limit is removed in the paid version, which costs €6.62 – or the equivalent of 10 Australian dollars in any currency. The mobile app lets you listen to all the music in your collection, but you can only add new ones from the desktop web version. Be that as it may, Baboom offers original-enough features to be a proper alternative for indie music lovers to find tracks they’d almost certainly never see in other commercial music markets.