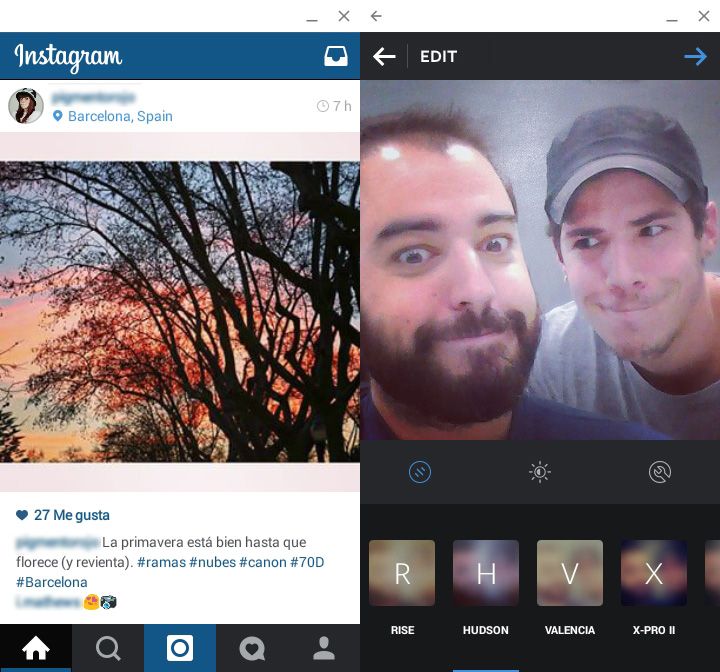 These days there are several methods to run Android apps on your desktop computer, whether through dedicated emulators like BlueStacks or by directly running a version of Android for x86 architectures. And now, there’s also ARC Welder, a Google Chrome extension that lets you run apps directly from your browser.

The way the app works is very simple: it uses the app’s APK file to make it run. While on Google Play it’s not possible to get the APK package for each app (at least not easily), on Uptodown we have our entire Android catalogue available to download in that format, so you just have to download the desired programs locally to run them on Chrome. When you start the extension you’ll have to select a default folder to store the additional files needed for each app to run properly. Then you select the APK and configure some of the previous options such as the screen orientation or the format and aspect ratio being used (i.e., the tablet or mobile version).

At the moment you can’t expect quite the level of efficiency as in the programs mentioned at the beginning of the article (which are far better developed), meaning games with a certain level of graphic depth won’t work, unlike most lighter apps. A golden example: the Instagram app works perfectly and can even use your PC’s webcam as if it were your device’s camera, meaning you can upload photos to your account right from your web browser.

The only inconvenience, at the moment at least, is that you can’t make a list of installed apps, meaning that every time you change the app you’ll need to remove the previous one and compile the next one. Even still, this is a tool that could, as the Instagram example shows, open new doors in terms of unifying the Android app universe with your desktop operating system, even beyond its obvious initial appeal as a testing tool for developers.