Home News and Updates Android in 2021: most used versions, manufacturers, and browsers 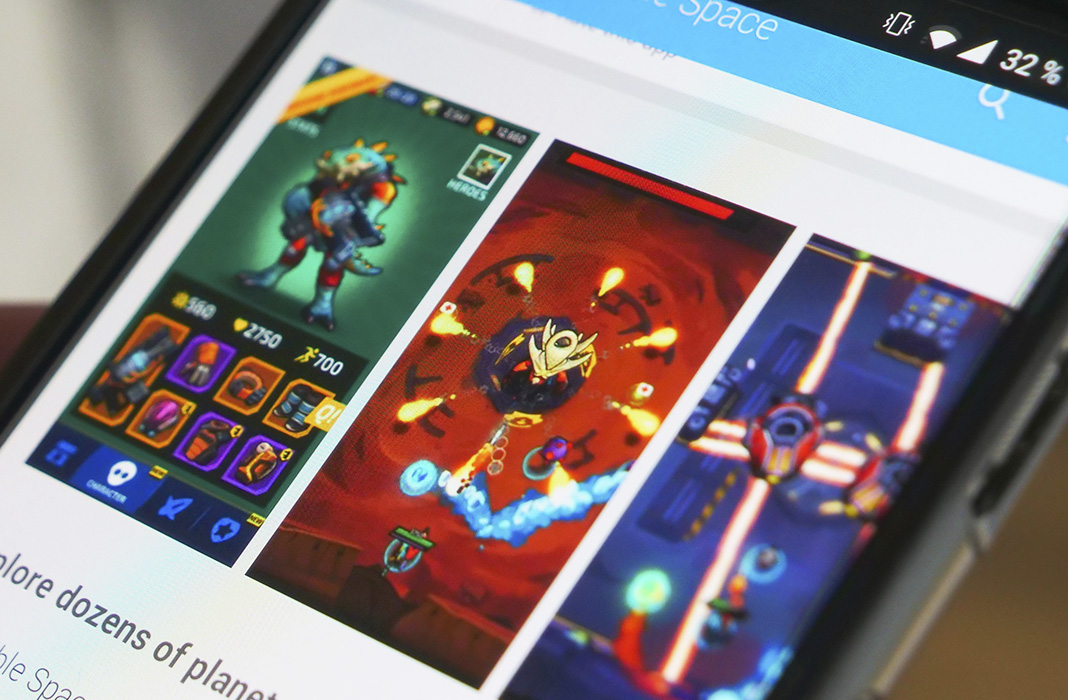 When a user wants to install apps for Android, they usually go to a mobile application market to find and install it on their device. Uptodown is one such app store, currently offering nearly four million apps, with more than 130 million unique users per month around the world. Thanks to our large number of active users, we also have a huge database from which we can conclude habits in the utilization of apps and general use of the Android system. 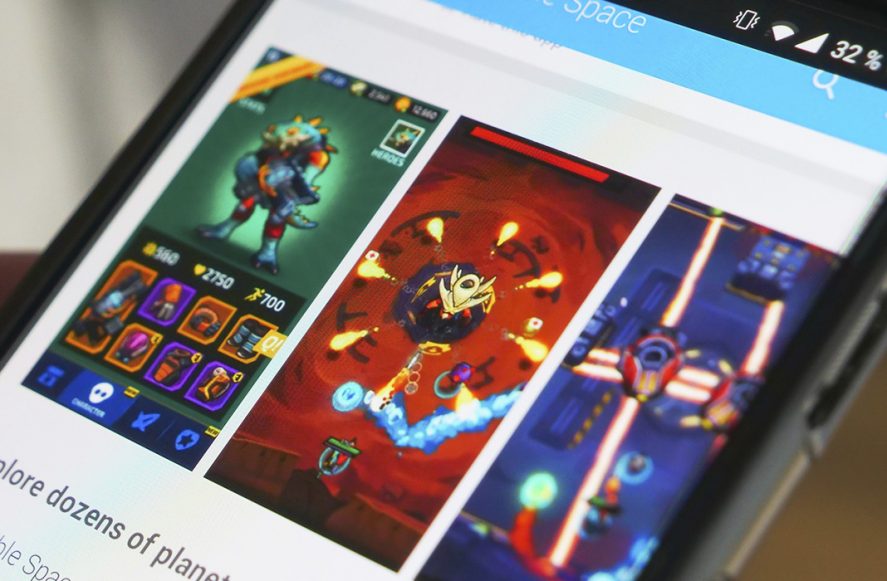 Are you curious as to know which is the most used version of the Android operating systems? Currently, the most widespread version is Android 10, used by 35% of users which is well above the others, followed by 9.0 Pie (15.84%), 8.1 Oreo (11.22%), 6.0.1 Marshmallow (6.45%) and 7.0 Nougat (4.24%). Android 11, released in September 2020, is still on a very small number of devices. The update policies of each manufacturer tend to delay the expansion of the latest updates, especially considering that they do not usually reach devices that are more than three years old. 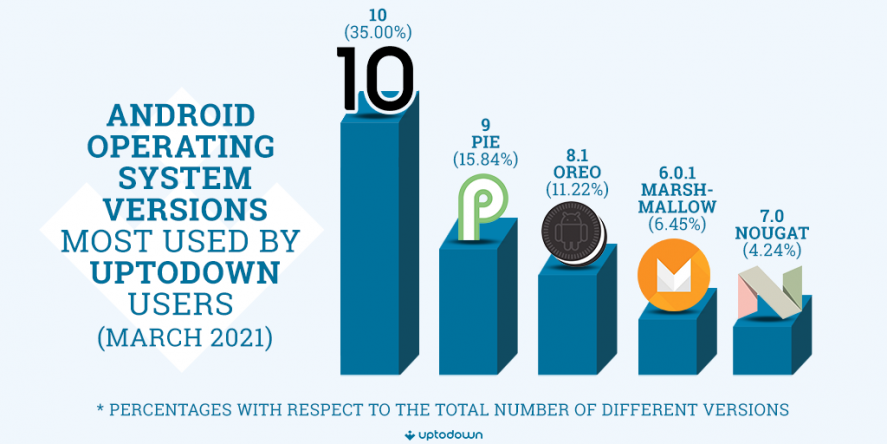 In the following graph we can see clearly how, when it comes to manufacturers, Samsung reigns as king: almost one in two users has a mobile device of the brand! The rest of the pie is divided between Huawei and Xiaomi, which together make up a quarter of the market, followed by Oppo and Motorola, with just 5% of users each. 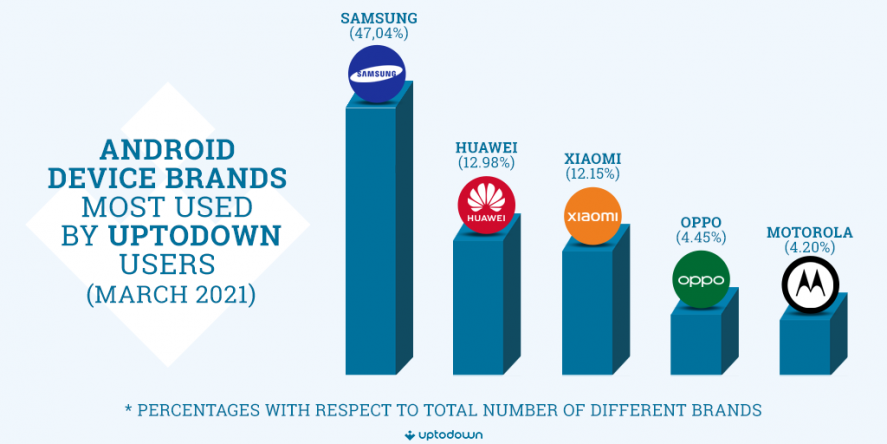 Although Samsung mobiles include their own Samsung Browser, in the following graph we see that in terms of browsers, Chrome undoubtedly wins. The well-known Google browser is the most widely used by far, being installed in 65% of the devices, followed, albeit by far, by Samsung’s integrated browser, with 5.3% of users. In a very residual way, other names appear such as UC Browser, Opera or Android Browser (included by default in old Android devices). 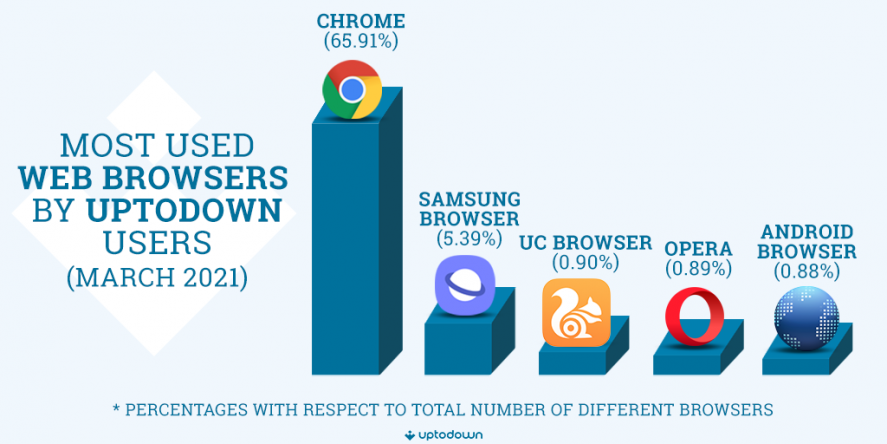