Home News and Updates Some 1.5% of users make in-app purchases in Android games 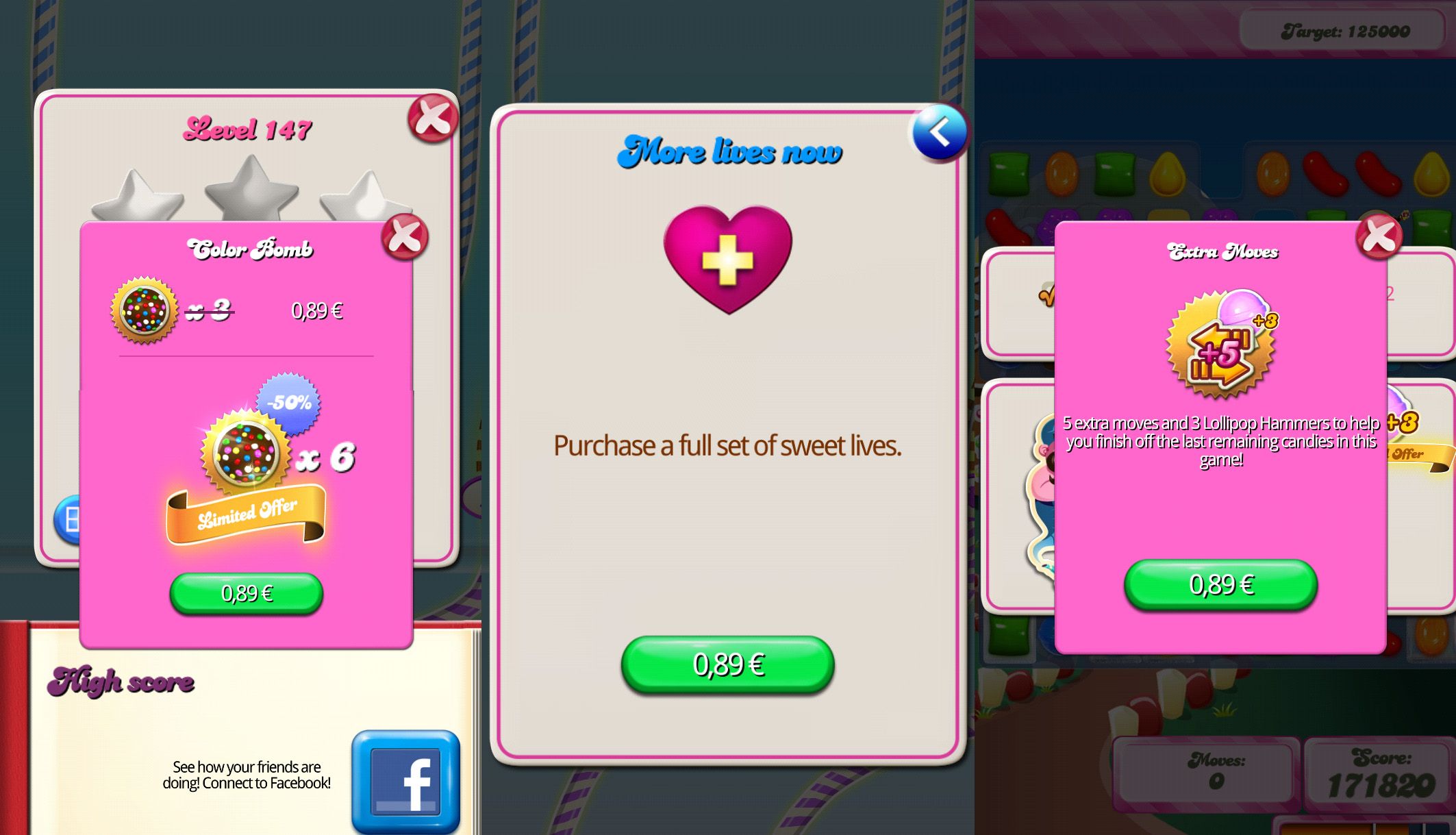 The freemium model is a very important pillar in the monetization of mobile apps. According to a recent report on the consumption habits of smartphone users, only 1.5% of “free-to-play” video gamers make purchases within the app. The notable thing about this tidbit is the fact that a tenth of these users provide half of the total revenue of these apps.

The importance of “whales”

According to these stats, gathered throughout the month of January 2014, half of the revenues generated by freemium video games come from a scant 0.15% of users. Among those that make purchases, the average user spends $6 per month on between two and three purchases.

Such apps base their success on massive user loyalty through continuous and persistent gameplay, centered on advancing through the game by playing in short periodic sessions. Among them are your standard examples such as Candy Crush Saga, in which you have to wait a set amount of time to earn new lives and keep playing new levels. Look no further than Uptodown itself, where the majority of the most downloaded games are based on this model. And while it’s not “obligatory” to pay, there are ways to speed up your progress through the game, and there are players out there—albeit few—who don’t mind opening their wallets just to be the best in the game. These valuable players are the so-called “whales,” and in light of the stats above, they are crucial for developers.

Anything that wears the tag “free” is a magnet for users. A game that you can install and start playing at no cost is the best way to present a product to users. Why pay if you can enjoy something similar at no cost? The problem arrives when free-to-play becomes pay-to-win; that is, in order to be able to advance in the game it becomes almost obligatory to open your wallet.

If you add to this juicy sales tactic the fact that you can end up making a purchase “too” easily due to invasive menus or misleading banners, it’s hardly surprising that the European Commission has decided to take up the matter and regulate this market in the face of the unceasing increase in complaints over fraudulent apps and false advertising. As usual, the best way to avoid finding yourself with an unpleasant surprise is to verify the reliability of the games you install based on user comments, and if you let children use your smartphone, to block apps you don’t want them to access using a software like Applocker and password-protect the bank details associated with your Google account.